Michael Phelps: the athlete, the marketer, the divinity 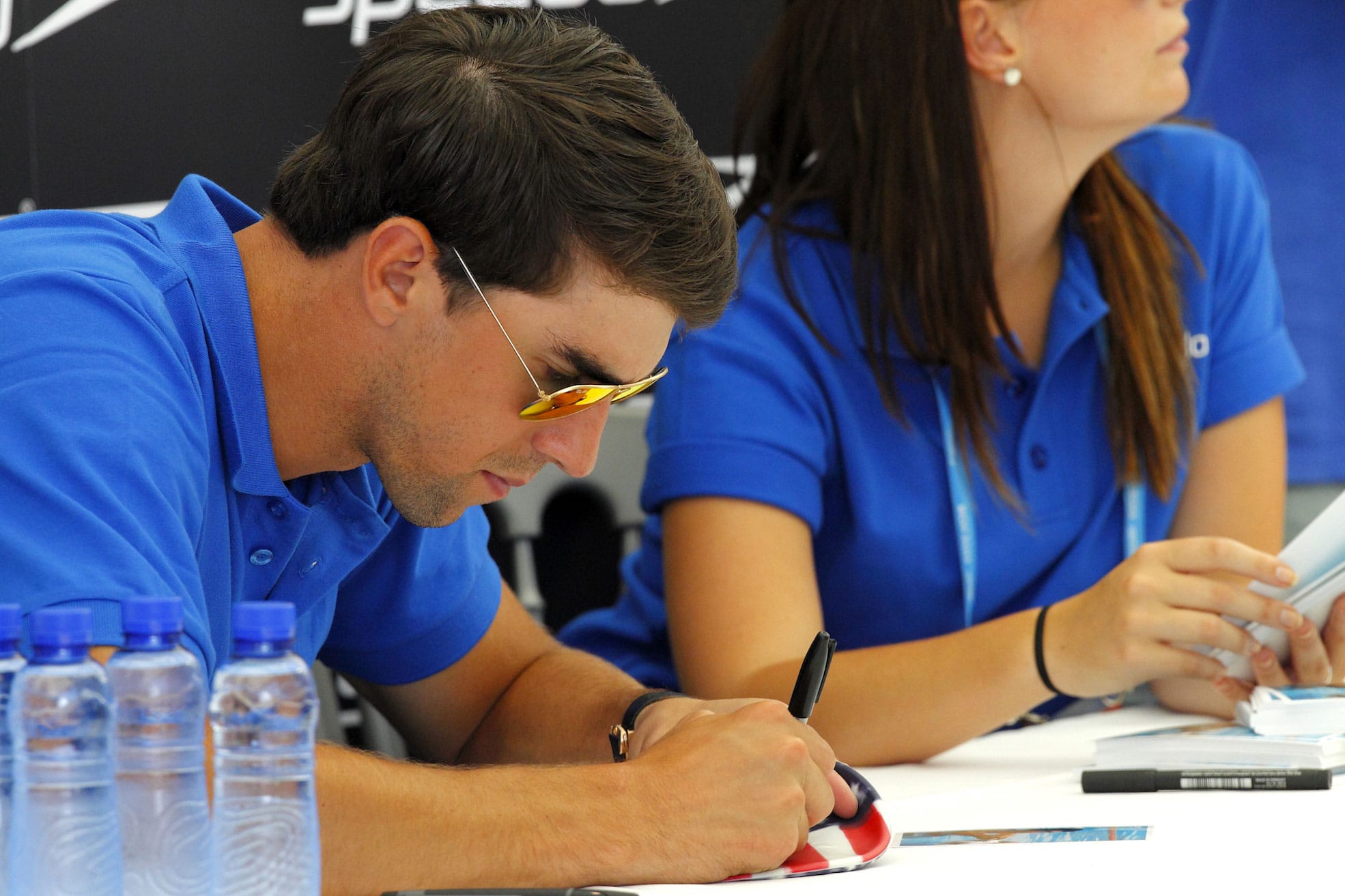 Fact: Michael Phelps is the greatest Olympian ever. No debating. His fame – along with the one of the Jamaican runner Usain Bolt – stirred the Games, giving him the prominent position in every discussion about the Games (as confirmed by the Twitter mentions he received). The Baltimore’s shark rose to the occasion, becoming a true symbol of the United States of America and making his country proud of his achievements. 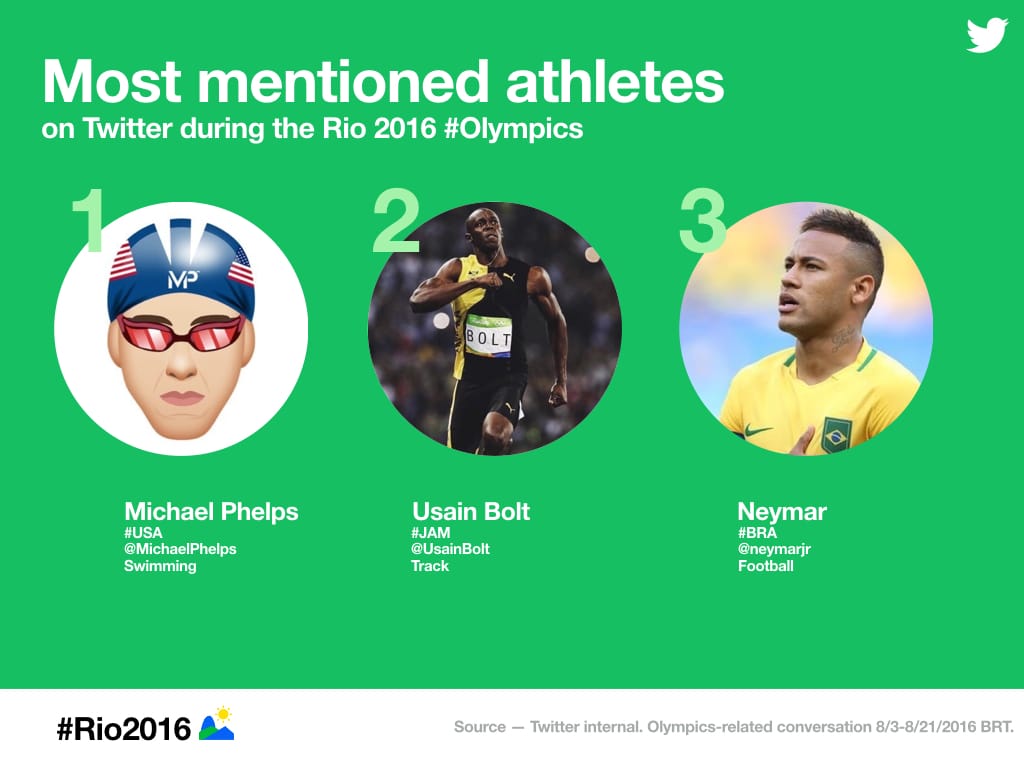 Rio 2016, his last Olympic run, was the ultimate statement of Phelps’ legacy, not only for the six gold medals he added to his collection, but also for the fact that literally everyone was desperately trying to meet and congratulate him, potentially looking for a precious selfie. A phenomenal world-class athlete like Michael is inevitably has an immense appeal for brands and marketers all over the globe: how could a brand leverages his greatness during the most important sports event? It seems impossible – and maybe it is – but in my humble opinion all the marketing dynamics that surrounded Phelps during the Games were as intriguing as his amazing performances. Let me explain why.

This story starts and ends with the Rule 40, part of the Olympic Chart, which tell athletes what they can and can’t do with their endorsements. The reason why of the rule is: I, the IOC, receive more or less 200 million dollars from any of the eleven Olympic Partners (part of the TOP programme) to sponsor the Games, so I have to guarantee them they have the exclusivity they paid a lot for. What are the consequences? The non-official Olympic Partners must follow strict rules, as we already explained here, in order to stay away from relevant sanctions. However, every sport has its own specific rules. For example, we take a look at swimming and track & field in the USOC (the USA Olympic committee): while swimmers are allowed to wear cap, body and goggles branded by a company of their choice, track & field athletes cannot do that, because of Nike monster-deal with the federation. So, if I’m a brand with an endorsement deal with Phelps, I can show my logo to the world; on the contrary, if I sponsor Allyson Felix (silver medalist in the women 400m), I’m not allowed to do that. 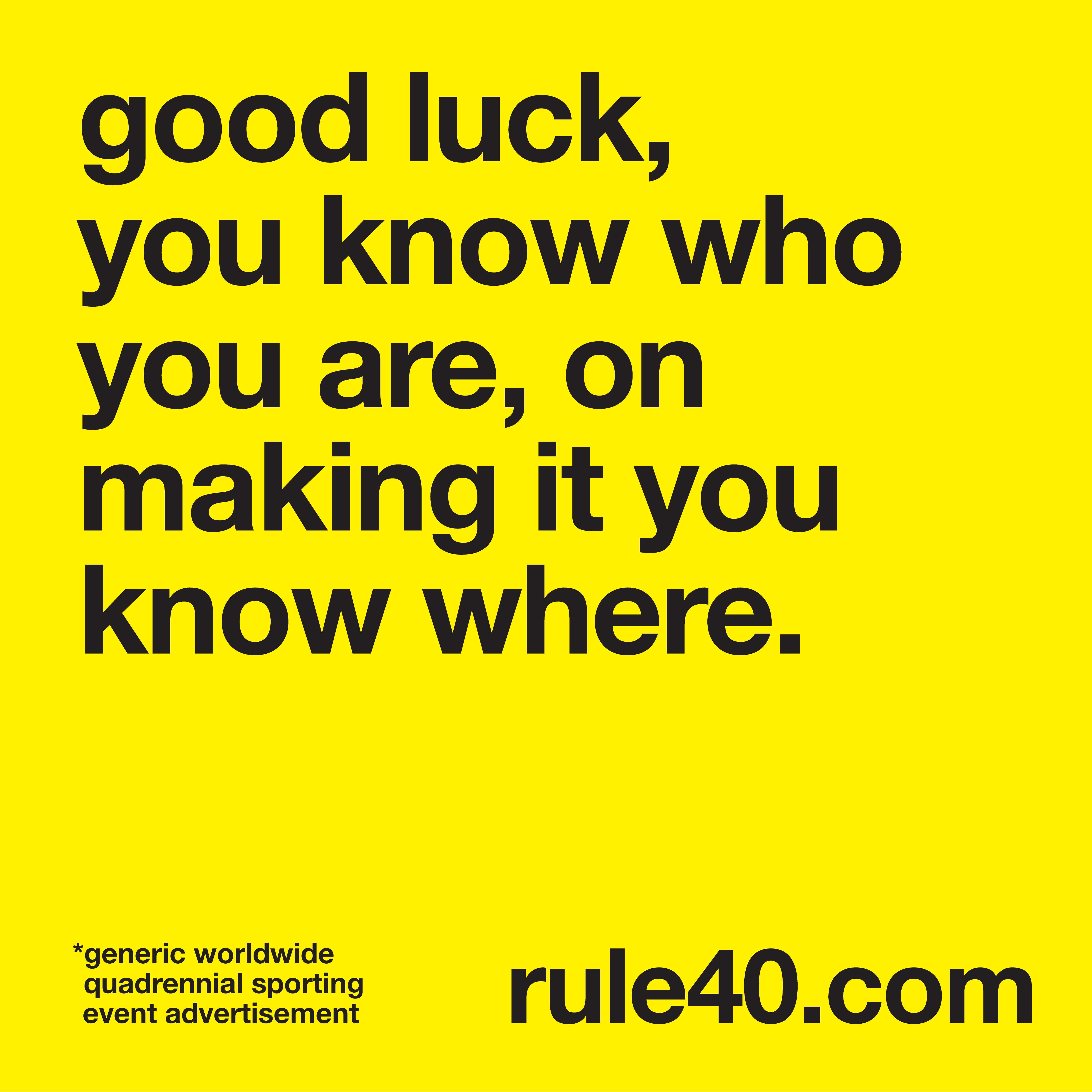 Many critical messages appeared on rule40.com

This is just one of the many legal complications that you have to take into consideration if you want to communicate messages during the Games,so that we can have a better understanding around the discussion of the Rule 40.

Phelps’ time. We said: “the Baltimore’s Shark”… Am I wrong or there is a big sportswear company around there? They would say it’s a “match-up made in Heaven”: therefore, the partnership between Michael Phelps and Under Armour is written in the stars. Anyway, Kevin Plank (UA’s CEO) didn’t strike any sponsorship deal with the IOC: how can he promote his brand? According to Rule 40, companies are allowed to keep on air ad campaigns during the Games only if their concept has beenpresented6 months before the opening ceremony to the NOC, and the campaign had to be up and running 4 months before the same date. Moreover, you can’t make use of Olympic trademark and you can’t openly talk about your athlete(s) involvement in the Olympic competitions. Hence, Under Armour launched an amazing video starring Phelps, focusing on how his sacrifices and passion made him reach the outstanding results he got (“it’s what you do in the dark that puts you in the light”). The video was part of a broader UA campaign around #RuleYourself concept, that involved other endorsers like Dwayne “The Rock” Johnson.

There were super-positive reactions from who watched the ad: a lot of Facebook shares (56%), great brand awareness (78% of the watchers recognized Under Armour as the brand involved), inspiration and amazement as top felt sentiments(47% and 22% respectively) and an overall sense of authenticity that makes the ad so engaging and shareable. By the way, what I want to show you is Plank’s brilliance in sharing a stolen footage of Phelps and his girlfriend watching the ad for the first time at Under Armour’s HQ in Baltimore: their reaction seems genuinely enthusiastic, and it helps create a huge sense of empathy towards the brand, especially because of the tears dropping on their faces.

A little break here: we will never know if Phelps and his girlfriend were aware of the camera playing them, or if it was their very first time they watched the ad: anyway, low quality of the video seems to tell us it was secretely recorded with a smartphone, which contributes to provide an intense emotion – maybe not an authentic one, but it is portrayed authentically.

It’s game time. Phelps is on his starting block, he takes off his tracksuit and…oh, what?! A never-before seen brand appears on his body and on his cap. What’s that? We can read “MP”. Meanwhile, Phelps’ girlfriend is on the stand, with a stars-and-stripes bag that shows the same “MP” logo.

Shortly after, it becomes evident that Michael decided, with a similar move to the one made by Zlatan Ibrahimovic during Euro 2016, to launch his new personal brand of swimming wear, and to do that on the biggest media spotlight. Well done, Michael. Darren Rovell, one of the top ESPN sports’ sources (if you haven’t already, give him a follow right now), let us know that the MP was trademarked four months before the Games by Aqua Sphere, the swimming brand that Phelps has been endorsing since 2012. He was a Speedo athlete until London 2012…but we will come back to this later on. NBC, USA’s olympic broadcaster, stated that the first competition of the Baltimore’s Shark generated an adv time value of 750,000 $ for his MP brand; in addition to that, Rovell wrote that the total Olympic exposition gave the brand an adv time value of 8,2 millions of dollars.

Therefore, it is now clear how Phelps greatly leveraged the platform he created with his incredible performances to give a strong commercial push to his new adventure, becoming the first swimmer to promote his brand during the Games: taking advantage of the rules (the lone limit was on the logo size), he obtained the maximum available exposure without investing a single dollar in adv time.

We have to laugh, but we should go further too

We said before, Phelps left Speedo in 2012, now he’s an Aqua Sphere endorser. Ready to dive for his 4X200 relay race, his new MP-branded cap breaks in half when he tried to put it on.

“Daaaaamn, it can’t happen now that I have to show my brand to the world…” he may have thought. He ran to his teammate Conor Dwyer, asking for a secondary cap in order to compete. But there’s a problem here: not only Dwyer didn’t possess a MP-branded cap, but also he is a Speedo athlete. What do we do? Michael takes Conor’s cap, turns it backside and dives in the swimming pool, now focused only on the race. 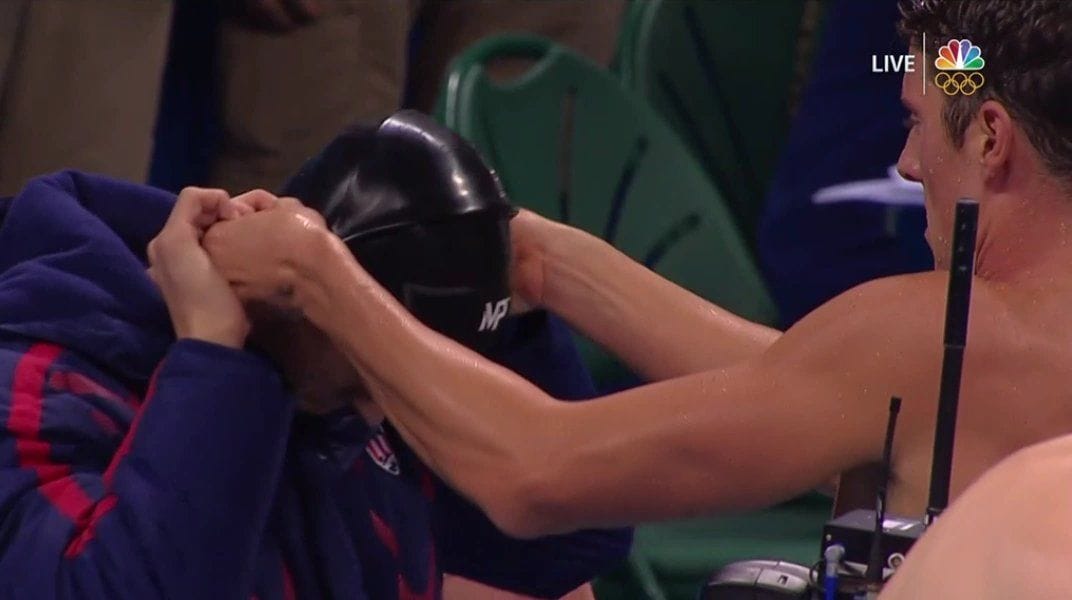 It is very interesting to look at how today’s athletes are very aware of the marketing dynamics that surrounds their name: someone could say that seconds before an Olympic competition your mind should be focused only on the race itself, but that’s part of the past, and now athletes – especially with the many clauses and rules that gravitate around them – have to be in control of all these situations.

I hope I found a way to demonstrate how fascinating were the marketing activities around the demigod which name is Michael Phelps. In the end, allow me to congratulate with the Hollywood screenwriter that set up the career ending of Michael, with him winning his 23rd gold medal: Michael, 23… I may have heard that before, uh? We are talking about demigods, of course.