Rule 40: How can you communicate during the Olympic Games? 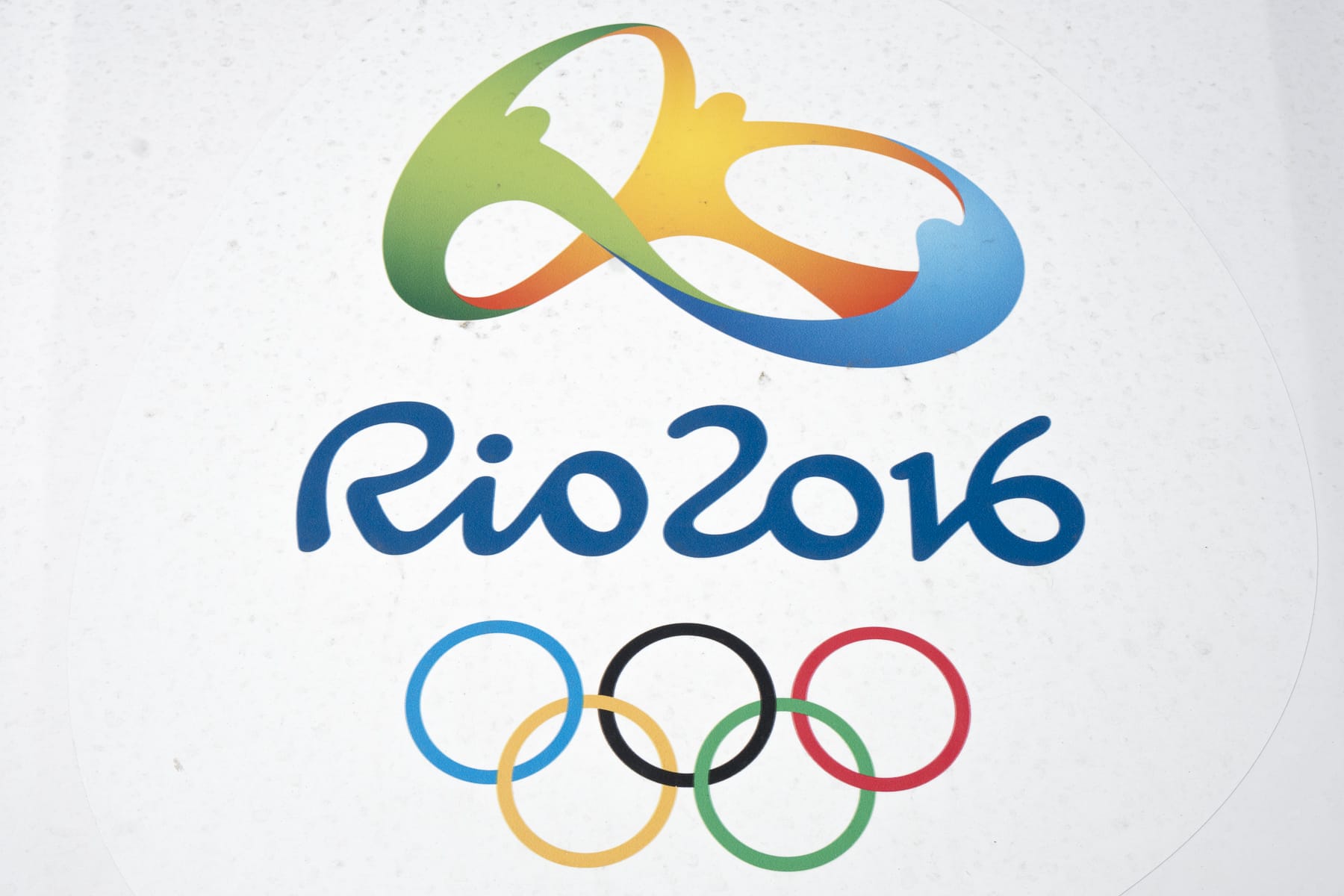 The XXXI Olympic Games take place at Rio de Janeiro, Brazil, from the 5th to the 21st of August, and some of our clients asked us to bring to light the Olympic Charter rule that regulates some very important aspects about marketing and communication actions related to the Games.

The Olympic Charter is an International Olympic Committee’s document that controls the admission to the Games. Rule 40 (which is one of the Olympic Charter’s rule) restricts the use of the name and the image of an athlete during the period of the Olympic Games and this is a very interesting aspect for both organizations that sponsor Olympic athletes and their communication agencies that support them with planned communication strategies.

Before examining it in depth, let’s have a look at Rule 40’s text:

Very interesting is the “by-law 3”( the implementing rule ) which states that only the Olympic Sponsors (approved by the IOC) have the exclusive rights to advertise:

“Except as permitted by the IOC Executive Board, no competitor, team official or other team personnel who participates in the Olympic Games may allow his person, name, picture or sports performances to be used for advertising purposes during the Olympic Games.” (more details)

What is the purpose of Rule 40?

The Olympic Games are the greater sporting event in the world   with 10.500 athletes, 42 sports, 306 competitions and a worldwide media coverage.

For these reasons, the Olympic Games are a big attraction for companies that invest in sponsorships, as they have the big opportunity to connect with a multitude of targets and also to be associated to the great values of this kind of event.

For this reason, as we already wrote in a previous article, the sponsorships are a fundamental source of earnings for the IOC that, along with the Olympic Partners (TOP), collects around 1 billion dollars from ten different companies each.

These brandsare going to increase up to 11 for Tokyo 2020, as Toyota has recently signed an agreement with IOC.

Given the value of these sponsorships’ deals, the companies that signed for them,have adopted strict esclusive Rights on communication to protect themselves, in order to avoid the ambush marketing - in other words , cases in which companies that are not rights holders, take advantage of the buzz benefits of the games. These are the principles of the “Rule 40” that specifies all the restrictions for the athletes to observe (and make their partners to observe too), for not being subjected to sanctions.

The rule applies to the usage of the athlete’s name and image related to any advertising campaign ( press, tv, radio, digital, billposting , etc.) and Social Networks (Twitter, Facebook, Instagram etc.)

After explaining that the restrictions are made for preventing an over-commercialization of the Olympic Games and for “allowing the focus to remain on the athletes’ performance”, we communicate that the “Period of the Rule 40” begins on the 27th of July until the 24th of August 2016 (nine days prior to the Opening Ceremony until three days after the Closing Ceremony of the Rio 2016 Olympic )

Only The Olympic Sponsors (in other words the brands that made a deal with the IOC or with a National Olympic Committee) can produce marketing campaigns about the participating athletes, while those that are not Olympic Sponsors must have the campaigns approved through a process with binding timelines and restrictions.

The procedure for the campaign approval is very detailed and accurate: each Not Olympic Sponsor that would like to advertise through its testimonials, who attend the Olympic Games, must initiate the application process 6 months before the beginning of the Rule 40, delivering a classic adv or social plan to its National Olympic Committee, that will give an initial response within 21 days.

Although it’s just the campaign concept that is presented during this stage, each adv material must be submitted to the Olympic Committee approval. Regarding the social networks posts, templates must be presented by the 24th of January and the publication can happen without a second opinion if the posts match the presented tamplates.

All these adv must go on air 4 moths before the Rule 40 effectiveness ( in other words - by the 24th of March 2016 for Rio 2016) in order to proceed with them even during the games.

Each National Olympic Committee demands the monopoly of its own partners. The USOC (the USA Olympic Committee ) sent a letter to the Not Olympic Sponsors Companies, saying that it’s forbidden the publication of any content regarding the Olympic Games on their social networks.

These are some of the prohibitions issued by the USOC:

- To use words or phrase protected by trademark  (Olympic, Olympian, Go for the Gold, Team USA, Let the Games begin, etc);

- To publish pictures shot during the Games and to use official hashtag such as #Rio2016 or #TeamUSA;

- To communicate the final scores, to wish good luck to the athletes, to create events or contests with focus on the games.

- To share official posts on its own web page: re-tweet is forbidden.

Even the CONI ( Italian National Olympic Committee ), issues a document with the list of rules for the Not Olympic Partners to observe during the Games, along with examples of social campaign  conformed to the Rule 40 ( no trademarks and official hashtags,  photos shot put of the games context, reference just to the athletes and not to the Italian Team)  and not conformed to the Rule 40 ( Rio’s images, use of official hashtags, support demonstrations for the Italian Team )

Not Olympic Partners: a practical example.

Under Armour is one of the brands that had the opportunity to launch an advertising campaign even if it is not an Olympic Partner. The company bet on Micheal Phelps ,the American swimmer who is the most decorated Olympic athletes  and on Andy Murray - Gold medal London 2012 - producing emotional spots based on “Rule yourself” topyc.

The spots focus on the allusion of the attendance of the two super athletes at Rio de Janeiro 2016, but the games are never mentioned in the adv: in a video released in March with Phelps as protagonist, all his sacrifices to become the greatest olympic athlete of the world ( 19 gold medals ),  are highlighted: “It’s what you do in the dark, that puts you in the light” : this is Under Armour challenge.

Very interesting are also the videos about Murray, produced by UA, in one of them the British tennis player declares himself ready to do his best for representing his nation (which is not mentioned , but the video begins with an image of the Big Ben).

It’s easy to understand that, if for “large” companies like Under Armour ( that boasts  talented testimonials such as Phelps and Murray) that are not Olympic Partners, the opportunity to launch and adv campaign about Olympic topics is a big occasion, for many other companies this opportunity is very rare. In fact, many not Olympic Sponsors, that support secondary sports athletes or not icons athletes, can’t present a well-done communication plan as the list of the qualified contestants of the games is usually not published in time for them ( the list for Rio 2016 has been published on the 18th of July, just 20 days before the Opening Ceremony )

How to deal with it?

There is nothing to do about it. Rule 40 is one of the many aspects to consider when planning  marketing and communication campaigns for the Olympic Games. But it’s indeed a fundamental part to keep into consideration.

Violating this rule, means for the partner brands facing legal actions and requests of compensations, also, the athlete could be subjected to sanctions.

The main gol of the brand should be the preservation of the athlete’s integrity indeed, in order than to get the most from the association .

Some brands have bypassed this rule by planning and conducting the adv campaign just before the “Period of the Rule 40”, removing than every content ( videos on the web, posts on social networks) between the 27th of July and the 24th of August. But this is absolutely not the right way to do it, because it precludes the communication during the best time - spot : the Games.

it is recommended to prepare the communication plan on time, keeping into consideration the limits of Rule 40 and respecting the approval time lines and procedures, even asking a legal advice if in need.

The sponsor partner should also relies on an agency with demonstrated proves of having these legal experience, as it is demanded a strategic and creative extra effort due to the impossibility to link the brand image with the Olympic event, but still, the campaign must imply that mood.