From country to brand: advertising to attract tourists 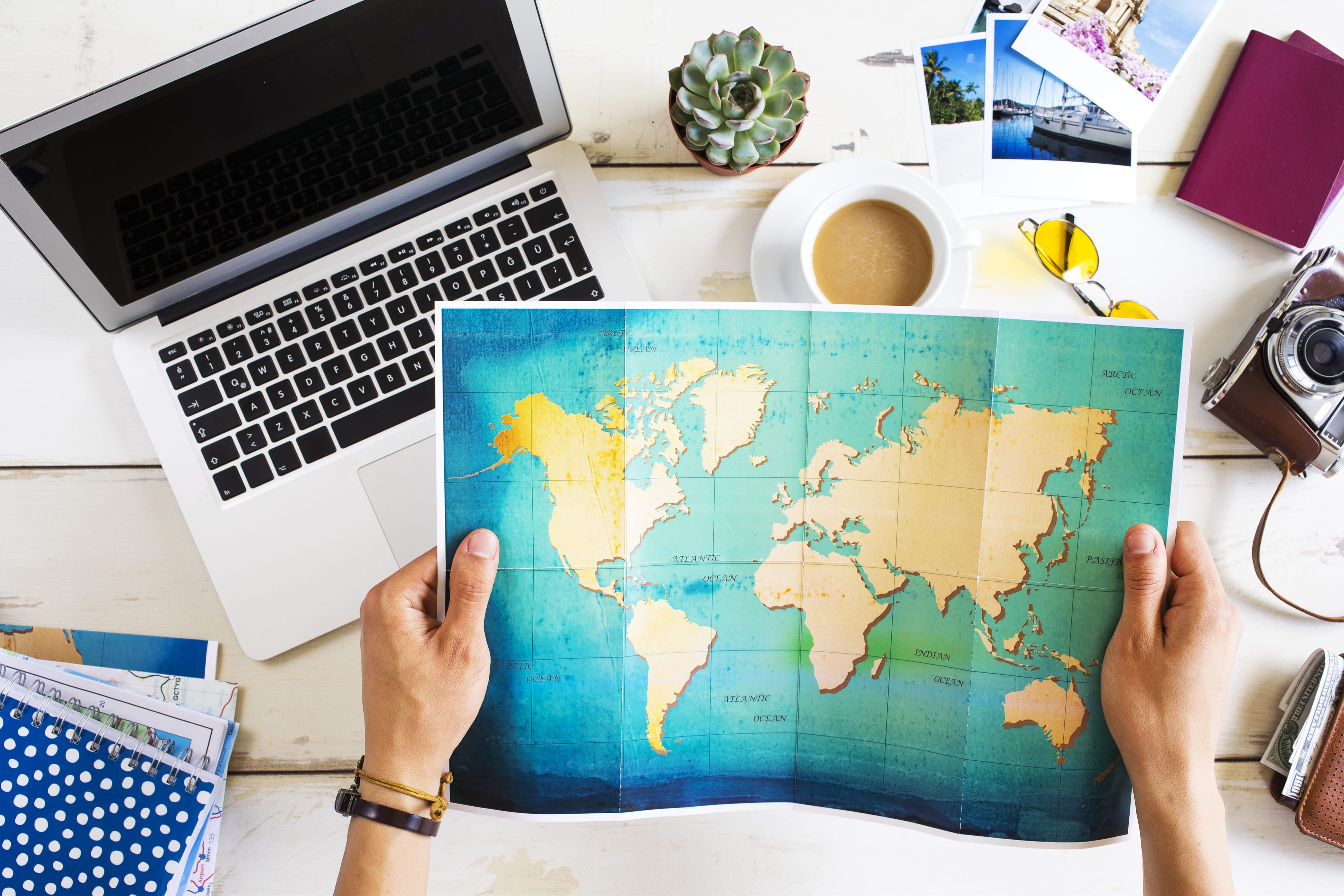 Traveling more, visiting near and faraway places is the ambition and desire of many of us. We might even claim that this is a sort of ancestral need, inherent in the human spirit and that reiterates itself through history, from Ulysses’ journeys “to follow virtue and knowledge” to nowadays space explorations.

The world we live in, in fact, is so wide and rich in places to discover that a lifetime is not enough to completely satisfy our desire of traveling. There are so many places to visit that it is unbelievable that the greatest part of world tourism is concentrated only in some continents, countries, cities, leaving to a large group of other places the reputation of “niche destinations” or places unknown to most people.

What influences the success of a nation as tourist destination?

What do the renown of a place and its appeal as tourist destination depend on? By what factors are they influenced? This seems to be an easy question with an obvious answer: we visit the places where there are landscapes to admire, thrilling experiences to live, a cultural heritage to discover, a food and wine variety to taste. This is all right and true, but it does not explain why, for example, there are beautiful places from the point of view of nature, like São Tomé and Príncipe (just to make one example) that are among the less visited places in the world, although they have nothing to envy to more famous and popular places.

Of course there are many other factors that contribute to the success of a country as a tourist destination of excellence, from economic stability to convenient and efficient flight connections. In general, we can claim that the success of a country is given by the perception that people abroad have of it but, apart from some objective factors, the perception of the place can somehow be “helped”. Just as companies and celebrities invest in their image to convey a certain perception of them, in the same way countries, as if they were brands - rely on marketing and on a certain type of communication to promote themselves abroad, especially as tourist destinations.

The way a country is perceived abroad counts

Is marketing a fundamental driver for the promotion of tourism in a given country, and is it able to turn it into an internationally coveted spot? It’s not so easy to understand whether the equation appropriate communication=increase in tourist flows really works, and someone might call this assumption into question. Simon Anholt, a reference point as far as “nation branding” is concerned," brings  Chile as an example, describing it as one of the few countries that were really able to improve their global image. However, according to him, this is not due to the marketing actions and to the study of a new communication campaign carried out in the post Pinochet period, but to the real improvement of the political and social climate caused by the fall of the regime, which enabled a country rich in natural beauties to be perceived not only as worth visiting, but also as a place that can been visited without any problem for your own safety.

However, we cannot deny that the promotion of Chile as a tourist destination has gone through a precise study of the image and of communication methods, based on the willing to focus on the natural beauties of the country and conveying this message in a consistent way on various channels, and this coherence can be found also in the choice of the logo, of colors and in general of the communication project. 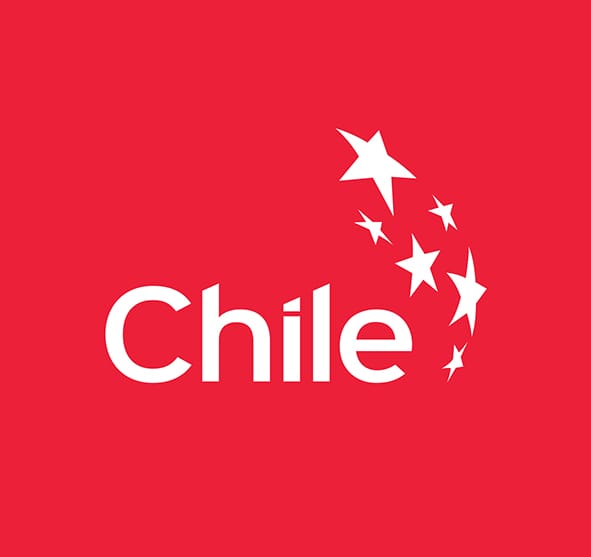 Back to our question, it’s clear that the best communication and the most appropriate advertisement cannot do a lot for a country that does not have many attractive features. In the same way, if tourism trends depended only on marketing, Italy would have gone down disastrously in all the possible popularity rankings after the unsuccessful launch of the portal italia.it.

It’s self-evident that marketing alone is not enough to improve the perception of a country and consequently its appeal as tourist destination, but the fact that many countries are acting in this sense confirms that this activity is not an end in itself. No wonder that the concept of “nation branding”, i.e. the actions that turn a country into a real brand, recognizable and attractive (not only for tourism, but also for foreign investments and for the most brilliant minds) and that inevitably depends also on communication and on the promotion of the country itself, has become more and more popular these days.

But what are we talking about when we refer to country promotion? In other words, how do countries promote themselves? What techniques to they use? Different nations work in different ways: some opt for famous spokespeople, others focus on the enhancements of their strengths and so on.

Consider Tahiti: a well-known destination above all for married couples looking for the perfect honeymoon, now it wants the world to look at it as something different, as the ideal destination also for groups of friends, for those who want to have fun or to make a journey in contact with nature. As far as the promotion of this type of tourism in Italy is concerned, you would certainly have a perception of this if you are a regular listener of Radio Deejay: through three of its most popular deejays, the radio station (one of the best-known in Italy) is carrying on a promotion action of the island based above all on the friendship bond of the three, who have left to enjoy breathtaking landscapes, live a thrilling adventure and enter in contact with Mana, the spiritual force that pervades the island. A much more multifaceted vision than the classic image of the relaxation for two on the beach with a glass of wine. 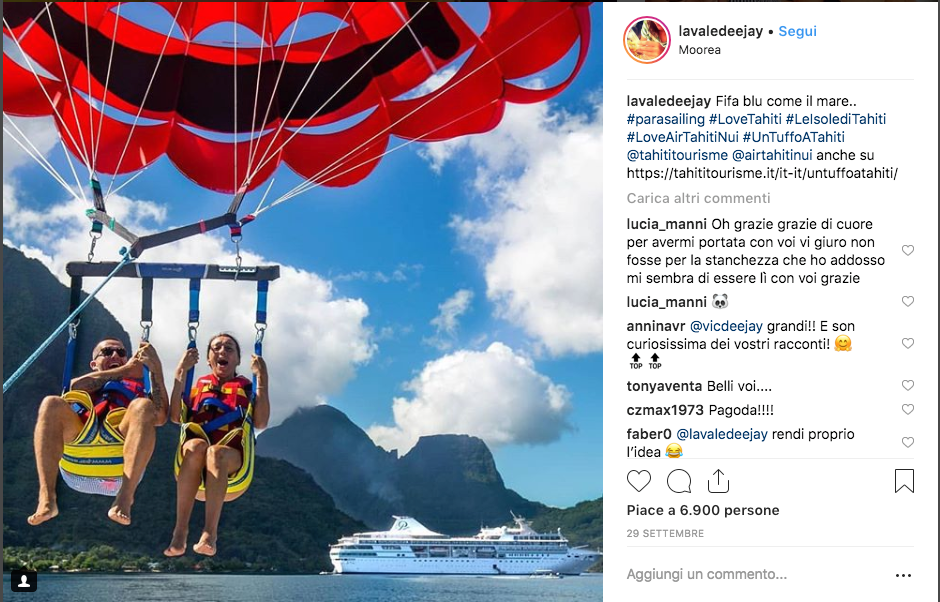 Also Spain is working with influencers to promote its cities. The preferred channel, in this case, is not radio but Instagram: on its official account, the portal dedicated to Spanish tourism has been publishing short videos where famous Spanish people speak about their hometown, in fact promoting it. Halfway between reference and commercial, these videos are expected to invite visitors to discover other cities in addition to the best-known destinations.

The promotion and search for new communication methods and channels is common to emerging nations (like Chile) and countries that are already among the most appreciated by international tourists (like Spain), and derive from studies and analysis carried out by experts of the sector, agencies specialized in nation branding and so on. This is the case of Paraguay: its new communication project has been realized by Bloom Consulting, an agency that has national and city branding as core business. For the South American country it developed a complete restyling that included also the design of a new logo, just as happens for any brand.

What will be the future of this sector? In a world where geographical and communicative distances are more and more reduced, the human inclination for traveling will make us want to see new places, not affected by mass tourism yet (this is already happening). More countries to visit mean, for the single states, more competitors, and emerging will become a necessity. In this context, choosing how to present yourself to the rest of the world through a study of the communication and an appropriate promotion project might make the difference even more.