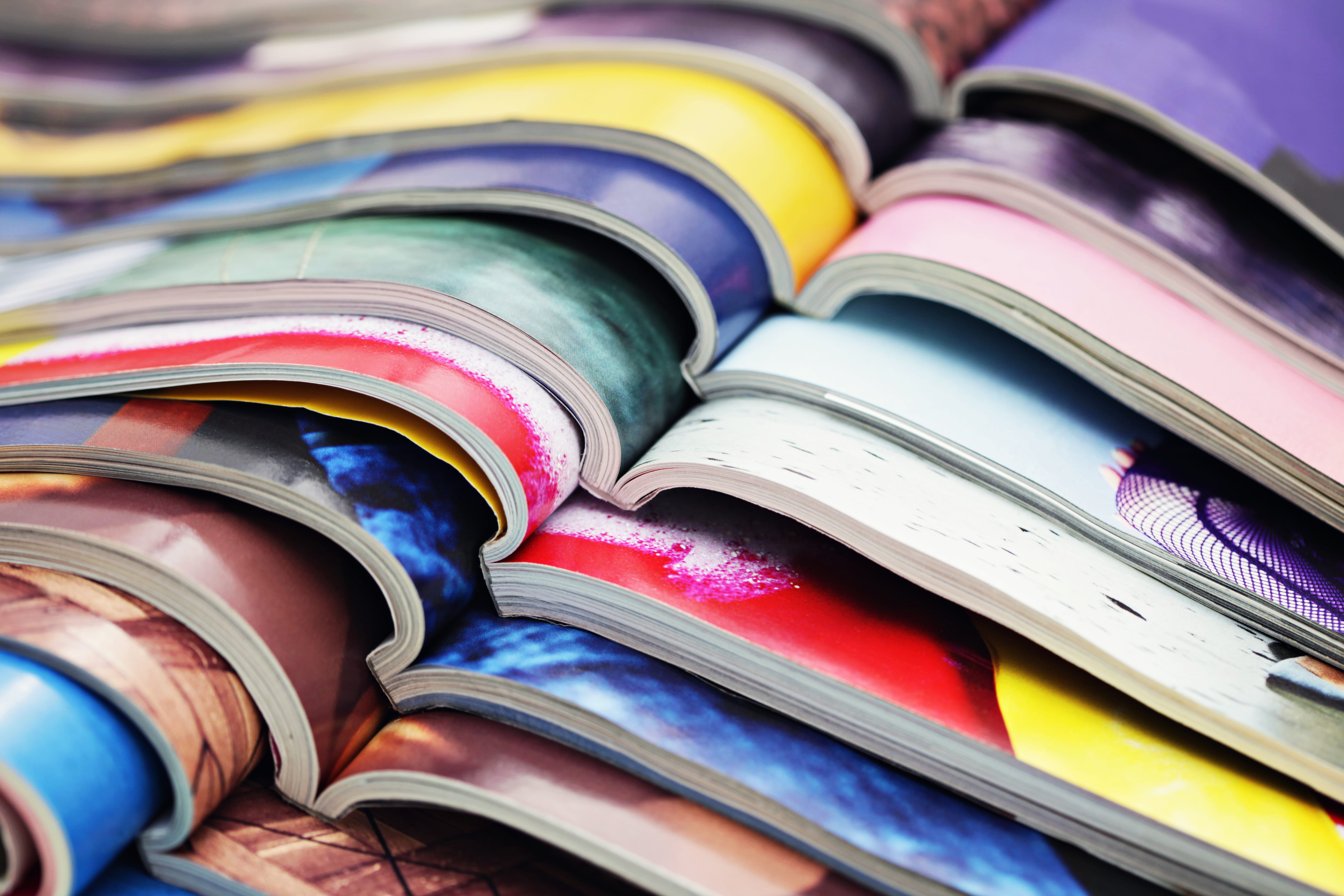 We have already dealt with house organs, their functions and developments through history. A house organ, decades after it was born (and in spite of the problems that have affected the publishing and printing industry in the last few months), continues to be an instrument used by companies to reach different goals:

Since the first, historic house organs that used to be realized with the help of prominent men and women of culture and letters to the magazines of the new millennium, which might also have a digital version, house organs are rightly considered as important communication and promotion tool.

A company that decides to work on its own magazine has to take a series of decisions concerning both contents and the style to give to the house organ, and practical matters: opting for a registered magazine? Releasing a paper or a digital magazine (or both)? Let’s try to look into the several options that you might have when you decide to publish a house organ.

Just like any other type of magazine, also house organs need to follow a precise editorial line, which needs to be defined as a first thing. Whether it is a magazine aimed solely at circulation within the company, or whether it is also designed to be distributed outside, therefore to customers or potential customers, suppliers and so on, a house organ must reflect a certain editorial line. First of all, you need to have clear in mind the target (internal or external) and the magazine’s main objectives: creating a community, conveying the brand’s values, taking part in the debate about relevant issues in the sector… depending on these premises, you will decide also the type of contents you want to deal with, the tone of voice to use, the point of view to adopt. 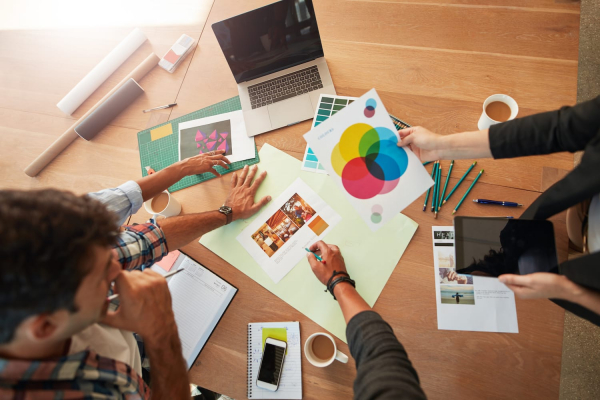 Let’s make some concrete examples starting from our experience in the realization of house organs. A magazine that is only aimed at internal circulation will differ form a magazine conceived to be delivered also outside the company both in contents (in the first case the main focus will be on the company news, on the objectives to reach and on those that have already been reached, while in the second case you will more frequently deal with issues concerning the sector in general)  and in the communication style. An internal house organ will speak to the company members with a different voice than the one used to speak also outside the company, aiming at creating a certain level of engagement and making readers feel as part of the same “family”.

An importante step is the choice of the name to give to the magazine and to the sections used to organize contents. The choice of the title, just as happens in the creation of a naming for a product or a company, is a process that needs to consider all the variables that we have described (target, objectives) and needs to be done in a thorough way. The house organ name, indeed, is the first element that presents it and needs to reflect it as much as possible, as far as style, contents, and intentions are concerned. Here are some types of naming for house organs:

Not less important is the choice of the graphic style: the style to give to the covers of each issue, the layout of the articles and in general of the internal pages are elements that need to be defined in the first working phase and that will accompany all the future issues. Also in this case it is important that the visual style reflects the tone and the editorial line of the magazine and that it is studied starting from the target. For a magazine of a company working in a technical sector and destined o customers and suppliers, for example, you might opt for colors and fonts that are consistent with the sector, paying attention not to make a duplicate of a catalogue, on the contrary, finding some original elements in the format or layout. For an internal magazine, which is especially conceived to engage employees, a “warmer” and personal style might be preferable.

For a magazine to be a registered issue in Italy, it must be registered with the Court. The matter is regulated by the law of 8 February 1948 n. 47 according to which, at the time of registration, it is necessary to indicate the name of the newspaper and its owner, the place and date of publication, the name and domicile of the printer and the name of the editorial director. In the case of an online magazine, the webmaster must also be indicated. As for the editorial director, this must be a journalist, unless the magazine is the publication of a party, political movement or trade union organization (art.47 law 69/1963) or in the case of a journal of a technical, professional or scientific nature (Article 28 of Law 69/63).

In the case of house organs (both online and offline), registration must be made if they have a defined periodicity, if they are delivered externally and require contributions from professional journalists, publicists and practitioners, or when the publisher wishes to make use of the national contributions, while when it comes to internal distribution it is often not done. 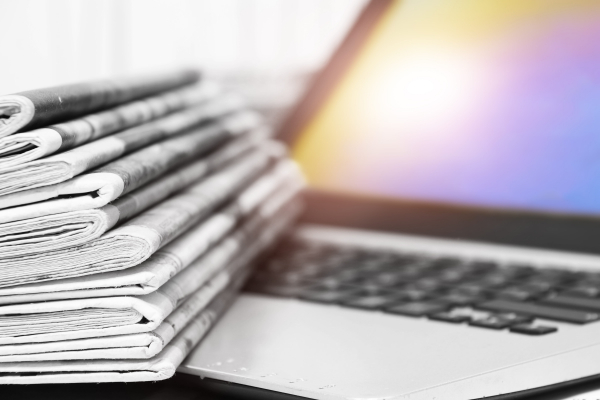 The increase in the paper costs might make many companies opt for a telematic version of the magazine, as well as the habits that many have to use digital tools to read, communicate, and get informed. However, we cannot forget the usefulness and the peculiarities of a paper magazine, which keep having a higher perceived value for many people. Printing, sending, and dedicating a paper magazine to a more or less selected audience means having an eye on those who receive it: it’s not a webpage that anyone can visit, but an editorial product that is going to be read by a “selected” audience. Moreover, you should not forget that - when they are made paying special attention to form and not only to substance - magazines are “objets” that can catch your attention and for this reason people tend to keep them and not throw them away. Moreover, even if they are not read immediately, still they can establish the company’s existence. In just one magazine you can resume the values, ideas, and points of view of the agency, which are conveyed also digitally, but not all together, as they are communicated through newsletters, blogs, websites and social channels. To sum up, a magazine is a sort of synoptic tool that lets you take an overview of the company, helping you catch its own essence.

What is the concrete workflow for a house organ? As a communications agency, we follow three different modes depending on the project and the client’s needs: we can deal with all the aspects of a magazine - contents and graphics - (obviously, as it is a company’s publication, it is essential to discuss with the company, above all in the preliminary phases); we can work four-handed with the client, realizing part of the contents (in this case it is necessary to coordinate and share the editorial line in order to maintain the consistency of the magazine); alternatively, we can deal with only one part (for example, in the case the client wish to have the articles written by professionals working in their company, we can give our support for the graphic layout or to follow the printing process).