The EuroLeague’s new era has started

Starting from the current season, the EuroLeague, the top European basketball competition for clubs, has a brand-new format. But before taking a further look at it, we should bring back the clock and ask ourselves: what is EuroLeague, and where does it come from?

Barcelona-based, EuroLeague is an organization that was born in 2000 because many European clubs, unhappy with the competitions set up by FIBA (the International Basketball Federation) and by ULEB (the association of all European clubs). What’s new about EuroLeague is that the clubs themselves own stakes of the new body, making it clear that they are more engaged and involved in the decisional process about everything that surrounds the tournament. During its first sixteen years, EuroLeague’s path has been amazing to say the least, as it became not only the most prestigious competition of the Old Continent, but it established its global success, being able to attract attention from fans and insiders from all over the world. To put everything in perspective, we submit to your attention some numbers about EL growth from 2000 to 2015: it went from 360 broadcasting hours to 22.000, from 7.3 million of digital views to 50.7, from 3.565 average attendants per game to 8.351, and even revenues from its marquee event, the Final Four, has grown +925%.

Many companies, aware of the competion’s success, jumped on the boat and became partners of EuroLeague: at the beginning the only sponsor was Molten, now huge companies like Turkish Airlines (title sponsor from 2010 to 2020), Efes, adidas, Bwin and many others have contributed to a +1750% in commercial revenues.The sponsorship growth caused a positive shift in the revenues’ streams structure, that originally saw TV rights accounting for 95% of the pie. Now, EuroLeague can count on a diversified model with broadcasting and digital at 60%, advertising & sponsorship at 30% and other revenues for the least 10%.

The new format and the collision with FIBA

On last November the 10th, the news comes out: EuroLeague, in accordance with the 11 top European clubs, locked in a ten-year deal with IMG for € 360 million, with an option to renew the partnership for ten years more, that will see IMG becoming the global advisor for the sales of media and marketing rights. By announcing this deal, EuroLeague defined the new format of its competions (EL manages the EuroCup too, the second European tourney): the transition to a Superleague is completed, like the one many football clubs have been asking for years. In fact, only 16 teams (they were 24) will take part in EuroLeague games, with 11 that will be fixed participants (the one that possess an A License), one being the EuroCup champion, three winners of national leagues and one that comes out from an 8-team qualifying round. These 16 teams face themselves in a round-robin for a 30-game regular season, followed by playoffs and the much-awaited Final Four.

A league full of dreams

As we stated earlier, EuroLeague made impressive steps ahead, but their managers are always looking to find new ways to innovate and to reach new goals.On the digital side, they have few to learn from the other great European sports leagues, since they produce engaging contents and spectacular highlights, helping the league to build a stronger and more loyal community of fans.

Watch the 1st Top 10 plays of the @EuroLeague "New Era", blocks, dunks, assists & much more to celebrate the start of the season #GameOn pic.twitter.com/NUhNXucttk

The aim of having an identifiable and cool brand image is shown by their newest activation for the teams’ courts, which have a common pattern and colors so that fans can immediately recognize that they are watching EuroLeague basketball. 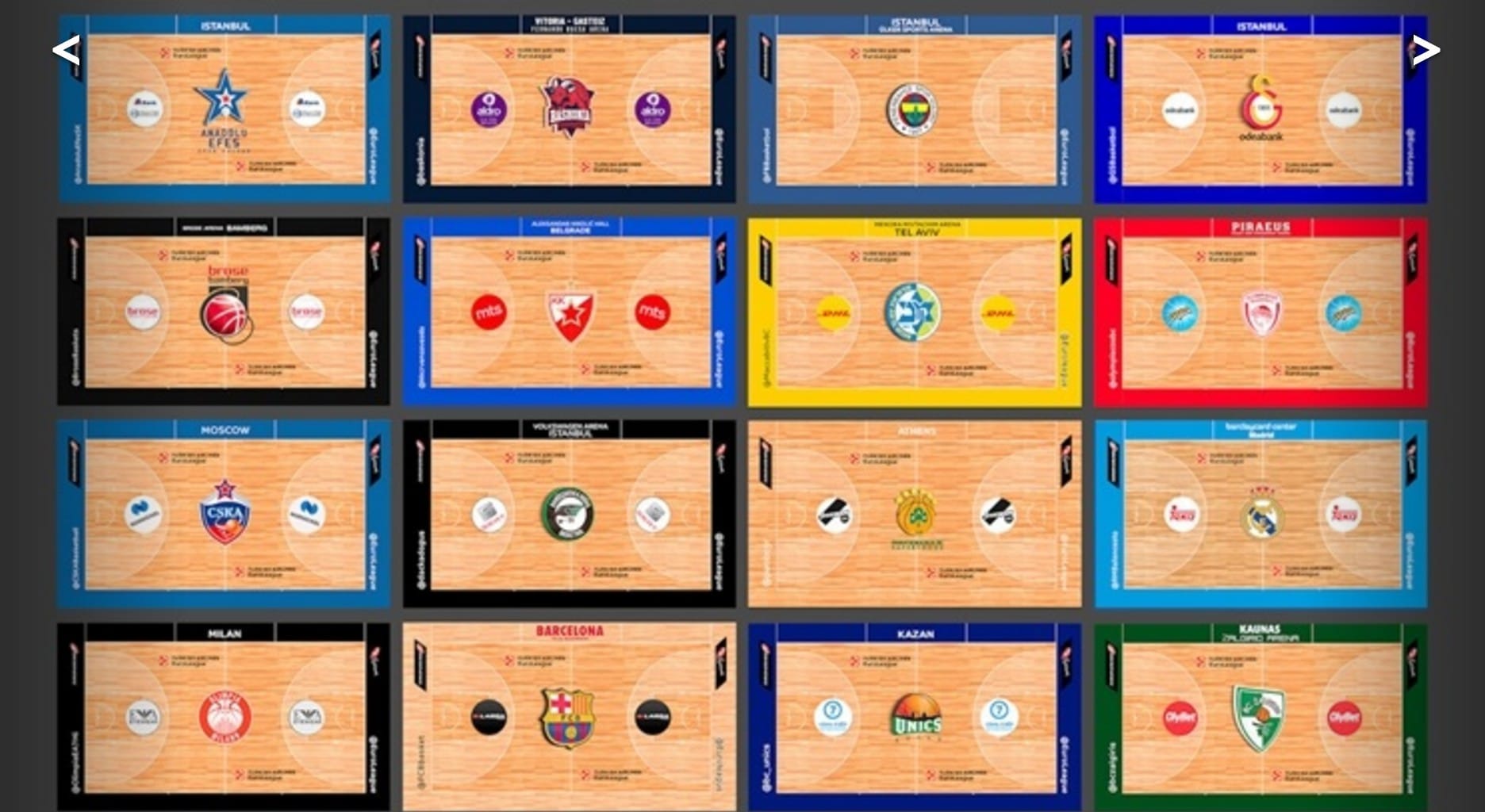 From 2007 they even implemented a strategy to access the Chinese market: during last off-season, “EuroLeague Basketball China Tour” took place, with last-year champions of CKSA Moscow going to China to have friendly matches against Sichuan Blue Whales and Guangdong Tigers. Along with the games, promotional events and coaches’ clinic were set up by EuroLeague, with the participation of global ambassadors like Xavi Pascual (Panathinaikos’ head coach), Luca Banchi (former EA7 Milano head coach) and Lionel Hollins (former NBA coach). The economic dimensions of the FIBA European Champions League, together with its teams being much weaker than the one taking part in EuroLeague competitions, suggests that the hegemony of the latter will be very hard to contest in the coming years, especially given how fans from all over the world have been reacting to the New Era.

The devotion they feel is higher than ever.