Milestones in sport: heritage and innovation

Giro d’Italia, one of the most prestigious multiple-stage bicycle races in the world, celebrated its 100th edition this year. On the occasion of important historic events like this, exalting tradition and history is the communication key chosen by many properties and brands, but there are some other brands that make us look also into the future, remaining consistent with their identity and positioning on the market.

Started from Alghero on the 5th of May, the 100th edition of the Giro was a memorable moment in the history of a race that has been attended by legendary cyclists competing to win the pink jersey. A milestone like this has been a great and tempting chance also for many brands that have decided to embody the values of the Giro, to celebrate its heritage and gain great visibility at once. To understand the importance of this race, you just need to have a look at some numbers: this is a race that can attract 183,6 million TV viewers, with over 518,000 posts on social media during the event (data Nielsen Sports, 2016). In 2017, the turnover connected to the sponsorship of the organization increased to 40 million euro (+40% than 2016), with 46 official commercial partners willing to embrace the values of the pink race.

Some initiatives carried on by given brands to support the race need a special mention. Segafredo, for example, has brought the cyclamen jersey back to the top. This is a special jersey that had been abandoned in 2010 and was instituted again to honor the winner of the points classification. Enel launched an integrated advertising campaign that included TV ads and digital activities and featured the company’s main testimonial - showman Alessandro Cattelan - to promote a contest with a special offer called 100x100. Saucony realized a limited edition model of sneakers (pink, of course), while fi:zi’k made its best cyclists wear the R1B Climb Edition, unique shoes that are characterized by a special design that recalls the altimetry of the mountain stage of the Giro that goes from Monte Grappa to Asiago. 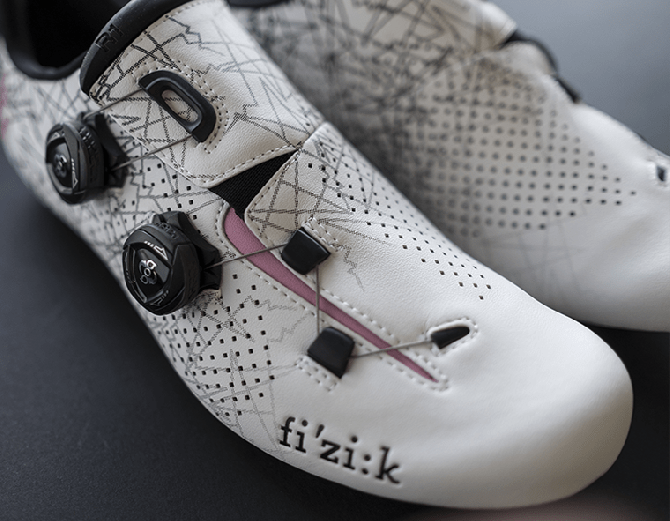 Very interesting for the enthusiasts of the Giro was the initiative launched by the historic company from Modena Panini, which built a partnership with Giro d’Italia to release a collectors’ sticker album that works as a souvenir of an edition that will remain in history. 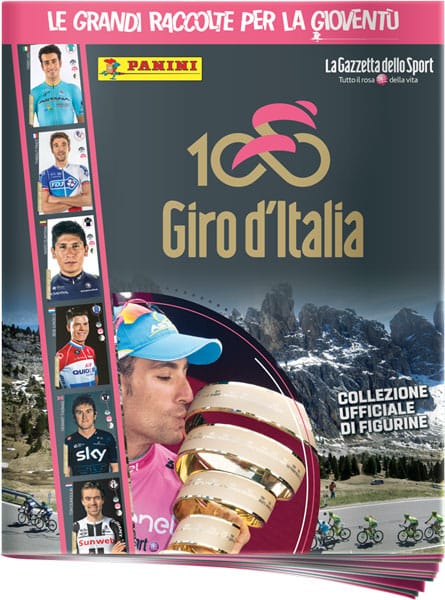 Anniversaries and celebrations - Giro and beyond

Another Italian sport icon that fires up the hearts of Italian fans is definitely the Maranello prancing horse. 2017 is a milestone year for Ferrari, too, as the car company celebrates its 70th birthday this year. Great celebrations have taken place to honor the event, such as the inauguration of a dedicated website (70.ferrari.com) on the 12th of March, the day when the 125 S model made its first appearance with Enzo Ferrari. Moreover, the name chosen for the car that competes in Formula 1 this year is SF70H. The reference to heritage and history is evident, but this is also a chance to highlight the brand’s innovative character and its look to the future: celebrations, which will reach their peak in September, will include the presentation of the model “LaFerrari Open”, a jewel of engineering and design that can be seen as the symbol of a long story that is not meant to stop. 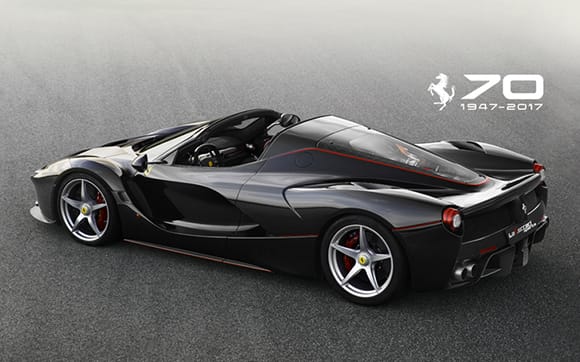 Historic milestones are a leitmotiv in sport communication, especially for professional teams and leagues with a global fanbase. The chance for exalting the past could not be given up by institutions like the National Basketball Association: in the 50th anniversary of its history, during the All Star Game in 1997, the NBA awarded the 50 best players that have been writing its history, creating a unique event that is still reminded for the high symbolic value that it had.

A similar case is given by the National Hockey League, the main professional hockey league, which celebrated its 100th birthday this year. Many digital and web activities have been planned to celebrate the event, such as wonderful photo galleries and invitations to supporters to compile their personal list of the best players of all times. The celebration schedule included also events in the most meaningful cities for this sport, like Montreal (where the NHL was born) and Ottawa (where the first match was played in 1917).

One of the main promotion methods is issuing limited edition merchandising, which is something collectors and supporters love. This was the case, for example, of AC Milan: on the occasion of its 115th birthday, three years ago, Milan produced 115 exclusive t-shirts with a special patch signed by coach and players. Very often collection items are issued for a beneficial purpose, and AC Milan t-shirts were auctioned on charity stars.

The strategic role of milestones for sport brands

The concept of milestones has a huge potential, as it activates levers like imagination and memory, which are vital in the relationship between supporters and their idols. However, anniversaries are not the only milestones deserving celebrations: also great performances and the achievement of important goals by teams and single athletes are exalted as milestones in the marketing strategies of big sportswear brands.

There are many examples of this type. In the last few years, for example, Nike football launched special campaigns for its main ambassadors, Wayne Rooney and Francesco Totti, to celebrate the historic goals they have achieved. For the English attacker the occasion was the 250th goal scored last year, which made him surpass Bobby Charlton in the ranking of Manchester United’s top goal scorers: with a disruptive launch Nike put on the market 250 pairs of Hypervenom WR250 and released imposing billboards and effective visuals for social media. As for the captain of AS Roma, the company led by Mark Parker exalted his 25 years spent in the same team organizing media events, involving influencers and promoting an iconic model like Nike Tiempo restyled to be celebrative. 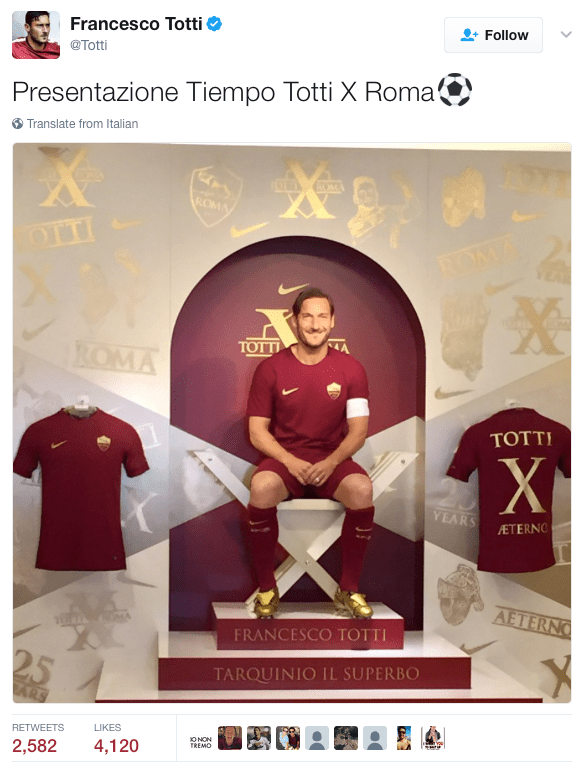 Looking back and discovering great moments of the past is a key used by many sportswear brands all over the world, especially if they can boast a long heritage. Very often the milestone is connected to a product, not to an athlete. This is the case of the “retro” phenomenon, which is being very fruitful for Adidas and Nike.

While the market response to performance offer (sportswear and sport shoes) is getting colder and colder, with vertical decreases in basket (Nike reported -35% in basketball performance in Q1 2017), retro models are becoming a prominent trend fashion. In 2016, indeed, the sales of retro basket, running and tennis shoes in the US grew by 30% and brands are using this trend at their advantage. Many communication campaigns are being studied to relaunch a brand’s value system focusing on a product but referring to other elements that are deeply-rooted in sport and street culture.

The expedient is a goal, an anniversary, a victory, but also a birthday: for David Beckham’s 42nd birthday Adidas relaunched the model Predator Mania champagne with a massive action on social media, above all Instagram. 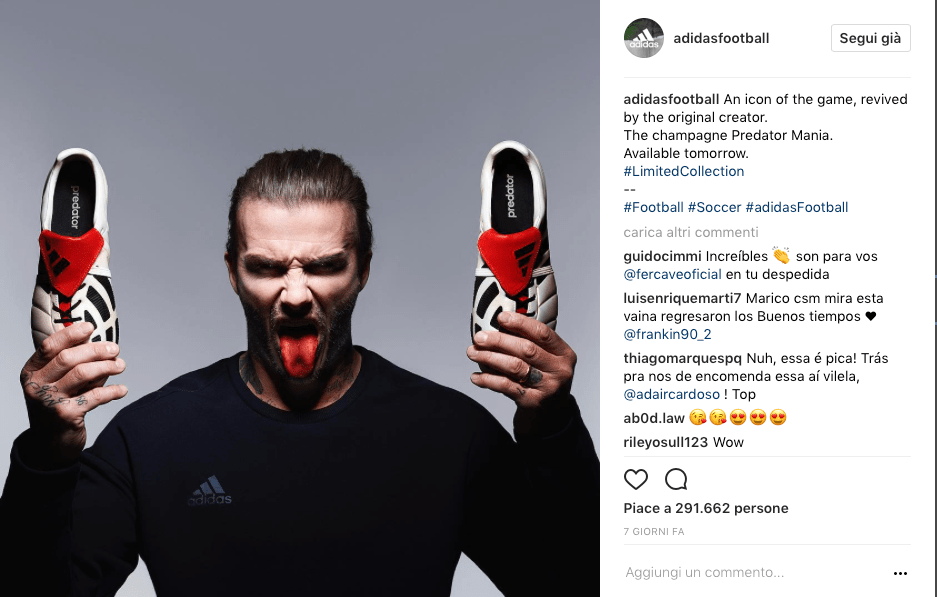 All the cases we have analyzed bring us to a clear conclusion: congratulating and celebrating a historic goal never represents an idle proof of concept. In order to use a celebration at your advantage, you need to study a project that acts in two directions: on the one hand, it needs to recall the dawn of an athlete, of a brand or a competition; on the other hand it has to generate and renew the enthusiasm of the fanbase for moments that are still to come in the future.