The power of pink icons in sport

In an age when sport activities are gaining a central role in many women’s daily life, several female champions are standing out at a national and international level. Their inspirational power and the values they represent do not leave sport companies and brands indifferent, on the contrary: in Italy and in the rest of the world, indeed, female champions have signed several important partnerships.

We will hardly forget the 2017 Australian Open held in January. The men’s final featured a historic match between two legends like Rafael Nadal and Roger Federer, while women’s schedule featured the William sisters, Serena and Venus, who advanced until the final step, when they faced each other.

Serena, as expected, beat the rival in two sets, winning her 23rd Grand Slam and strengthening her legacy as the most dominant tennis player in history. However, what made her victory unique was something that happened outside the Melbourne tennis court: the champion announced her pregnancy on Snapchat three months after her victory using only two words: “20 weeks”. Only in that moment people realized that Serena Williams was in the second month when she won the Australian Open. 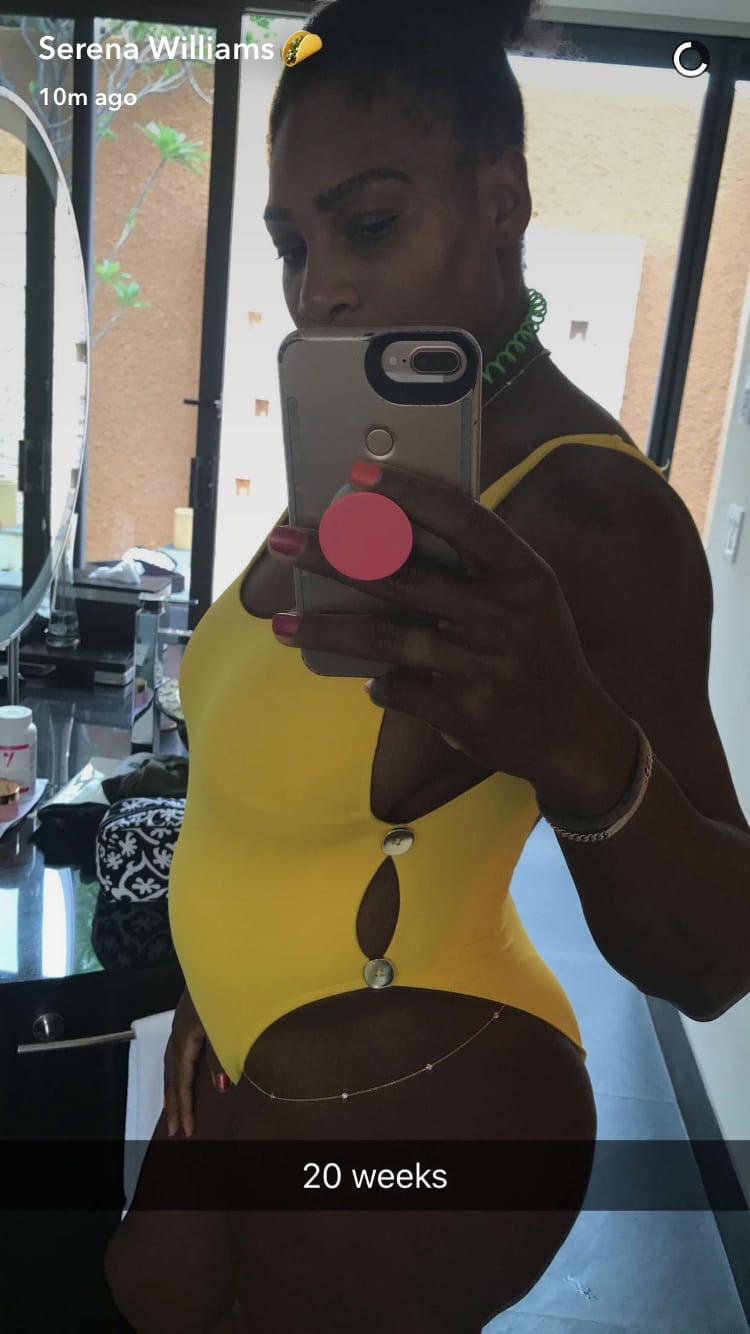 The news had an amazing media impact: it was impossible not to acknowledge the resilience of the athlete, her will to go beyond obstacles, and the communicative power of an action like this on the women of all over the world.

It is for these peculiarities, which are typical not only of Serena, but of many other women of sport, that many companies have decided to rely on female champions to convey specific values.

Speaking about “athlete brand”, i.e. an athlete that can be considered as a real brand, we cannot but start from Serena. She is the first sportswoman in the world as far as 2016 incomes are concerned, with 20 million dollars coming from partners like Nike, Beats, Pepsi and many more. As we have seen, she is also one of the most active athletes on social media, especially on Snapchat. Peculiar and effective was the action carried out by the sponsor Gatorade during the latest US Open, which gave Snapchat users the chance to play in Serena’s shoes in Flushing Meadows and to experience the most exalting moments in her career.

Let’s stay in tennis courts but let’s go east: Maria Sharapova’s visit to the Colosseum during last month’s Italian Open did not go unnoticed. In spite of her ban for doping, which kept the Russian champion away form the courts for a couple of seasons, her recognizability and unquestionable charm allowed her to remain in the good graces not only of supporters, but of sponsors as well (like Nike, Head and Evian), which stayed with her also after the ban. Sharapova did non limit herself to become an ambassador of global brands, she even launched one by her own: “Sugarpova”, indeed, is a sweet company led by the tennis player since 2012, which aims to reach 20 millions income with the chocolate line by 2018. 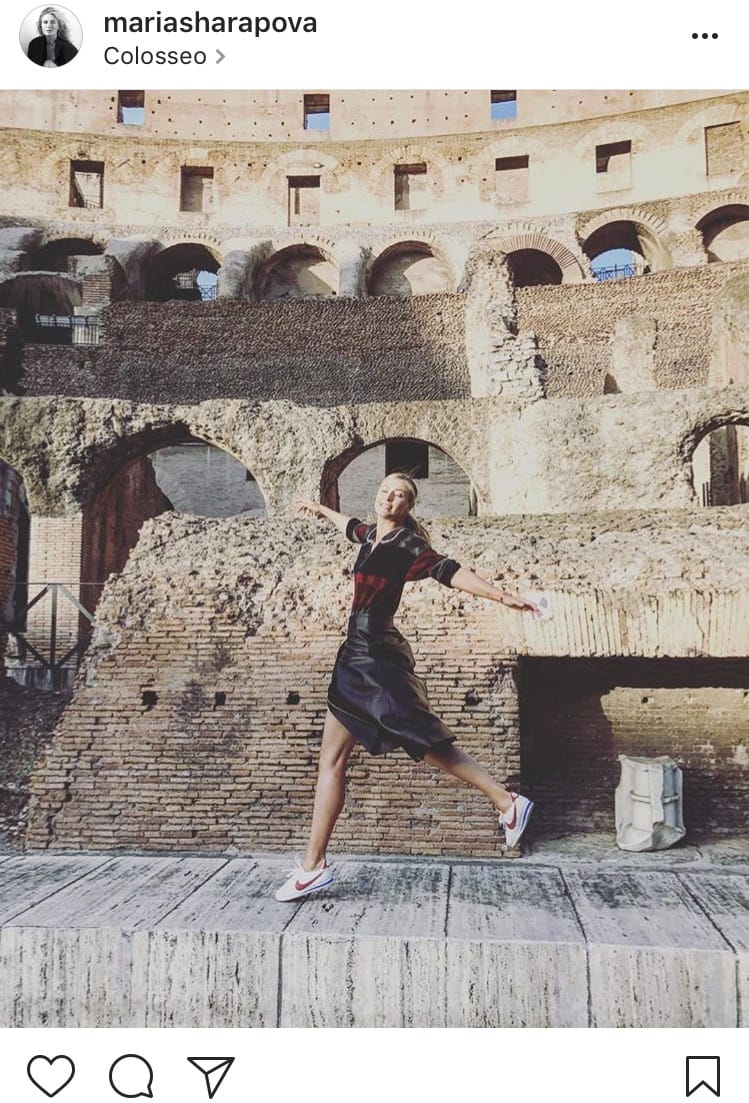 It’s impossible not to mention Lindsay Vonn, one of the most winning US alpine skiers of the last few years, who has become a symbol for her capacity to recover from the serious knees injuries that risked to ruin her career. The storytelling of her victorious returns was told in an effective way by brands like Under Armour, which inserted her in the campaign “I Will What I Want”, stressing her unique attitude in imposing her willpower against any difficulty. 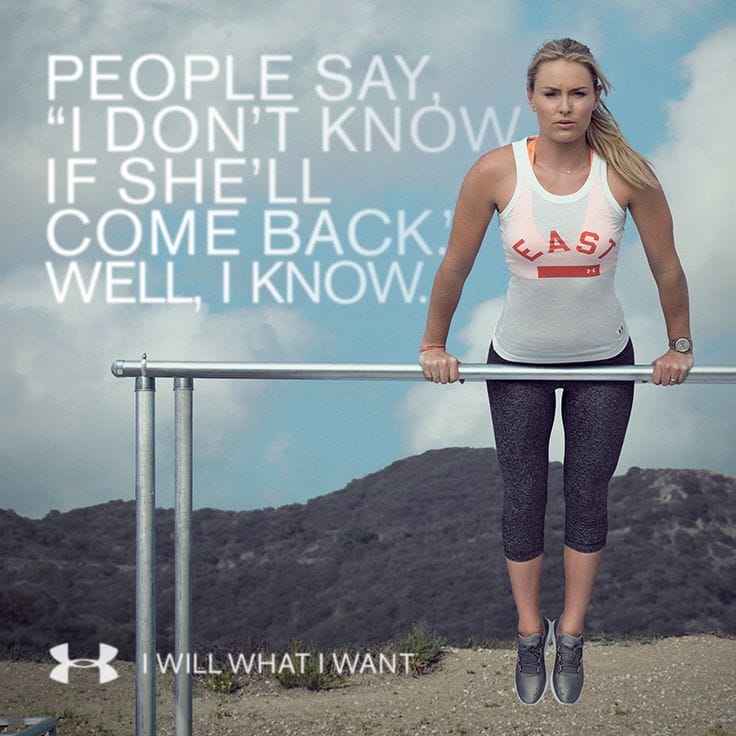 For many years the symbol of Italian sportswomen has been Federica Pellegrini, Italy’s standard bearer at the last Olympic Games in Rio, but nowadays there are many other athletes that are taking over from her, as far as both palmares and sponsor appeal are concerned. “La Divina” (the Divine”) has always had a powerful, sometimes magnetizing media impact, which made her perfect for product endorsement for different companies like Pavesi and technical partners like Jaked (for Jaked she also realized a product line with her own name).

Bebe Vio is certainly the most evident example, capable of attracting a wide attention and going beyond the sphere of Paralympic fencing, imposing herself for her contagious enthusiasm and spontaneity. After she gained a gold medal in Rio she was involved in numberless initiatives and campaigns: Sorgenia, for example, chose to put her powerful energy in the centre of a communication campaign belonging to the ad group called “Your Next Energy”. 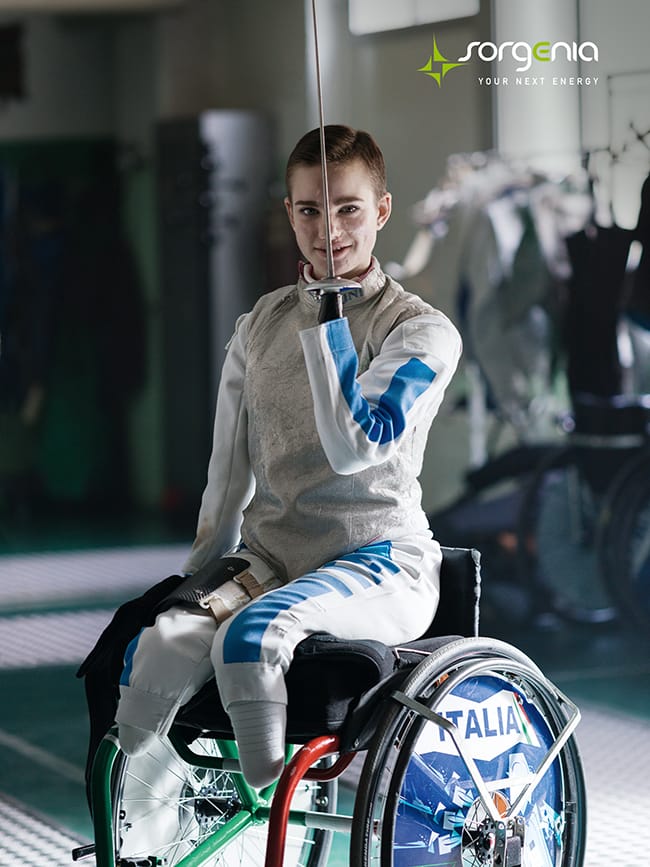 As for winter sports, many new faces have become famous in the last few seasons. This year, in particular, the protagonist was Sofia Goggia, skier from Bergamo that was able to climb the podium 13 times this season and got the support not only of technical partners like Atomic, but also of other companies like the bank Widiba and Audi. 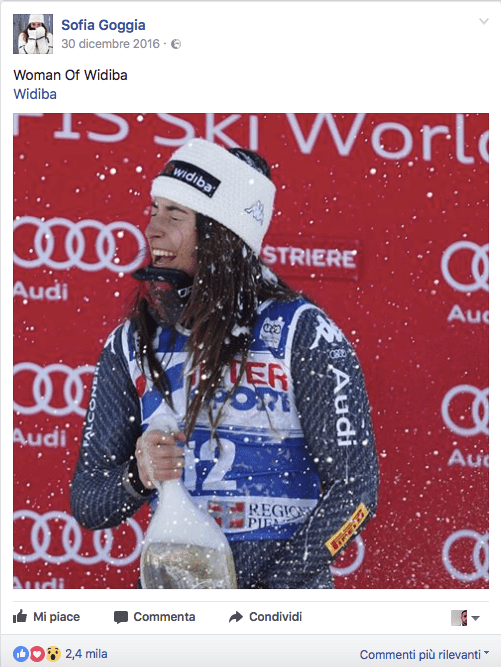 The interest for biathlon in Italy has increased along with the deeds of Dorothea Wierer and of the young Lisa Vittozzi, who won her first medal in the World Cup at 22 and has already become an important face for historic companies like Fiocchi.

Many other young athletes are helping to widen the catchment area of their sport through their performance as well as through their attitude, on the field as well as on communication channels, and this is a fundamental feature to establish brand collaborations. This is the case of Cecilia Zandalasini, new face of Italian women’s basket, who drew the attention of a global brand like Adidas for her performance in the national team and with her club, Famila Schio. 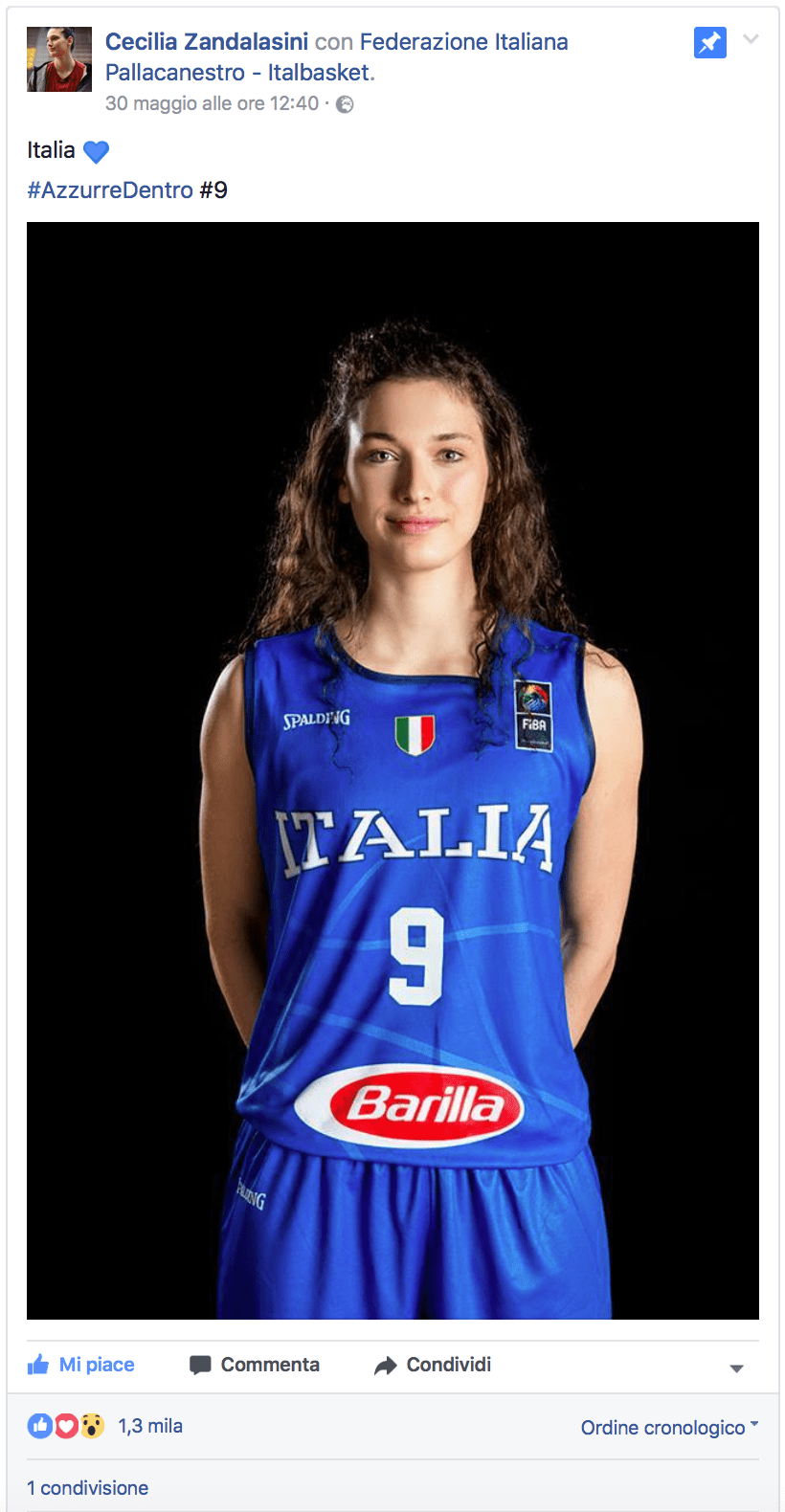 The communicative potentials of all of these athletes are self-evident: their performances, together with their presence on new media and their ability in creating an indissoluble connection with their own fanbase, are the main features in the growth of their success also outside the field. Watching a sport does not only mean feeling emotions and identifying with someone else, it also means absorbing your idols' energy and bringing it to your daily life.

This is the unique power of these female champions.