eSports: from a restricted circle to Olympic champions? 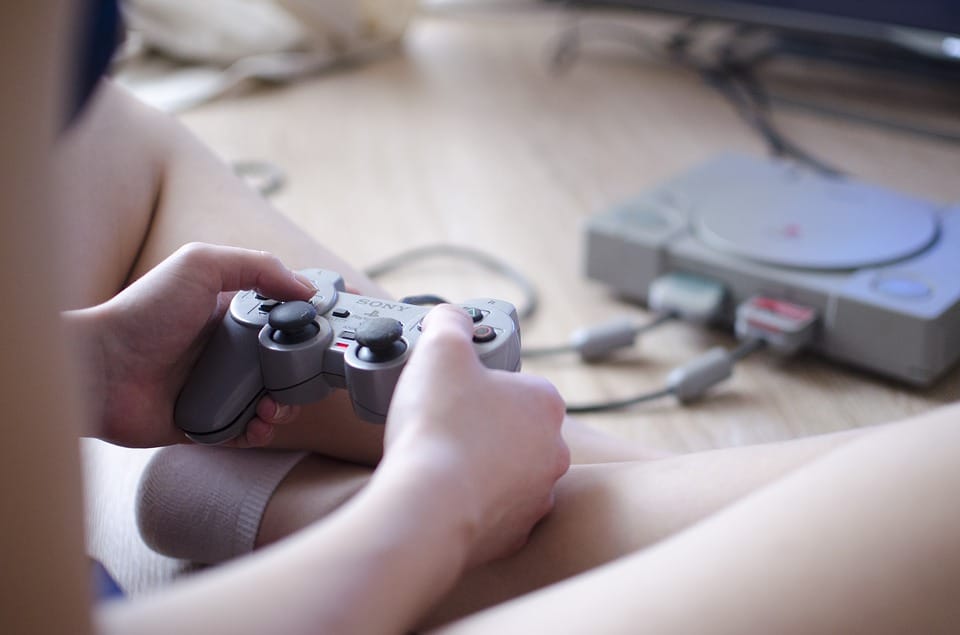 This article was published on Advertiser Magazine, July-August 2017

Gamers from all over the world, your moment has come! Pick up the phone and call your mother, who scolded you when you spent too much time with your Commodore 64 (for the eldest ones) or with the PlayStation. The afternoons spent playing PacMan or FIFA, the Sundays spent with Mario Kart are not a waste of time anymore. Playing has become a sport and even a sport business.

We are not the only ones claiming that we spent the best years of our life with Nintendo. Apart from ourselves, there are even more qualified supporters of this thesis, like PayPal and Alibaba, for example, and sport institutions like the Olympic Council of Asia and the World Boxing Federation, as well as important investors like Alisher Usmanov, the 66th richest man in the world, who might be considered a bit too old for video games, but who is certainly a big money expert.

It all begins in a kids' room. Millions of bedrooms, all over the world, where kids spend billions hours in gaming entertainment. From a sort of secret and restricted movement in the 80s and 90s, when the number of gamers in each session was limited by the number of joysticks, the world of video game has changed, giving birth to more structured types of games and multi-player situations where people from all over the world meet online to compete on a playground made of bits. The epoch of eSports has begun.

Let’s clear our minds: in 2015 Russian billionaire Alisher Usmanov invested 100 million dollars in Virtus.pro, the biggest Russian eSport company with over 7 million members which organizes (and broadcasts) video game competitions like Strike, Dota 2 and League of Legends all over the world.

According to Bloomberg, this investment will finance new competitions and strengthen the position of Virtus.pro in the world of eSports. This is a serious thing: wearying sessions, branded uniforms for teams, finals taking place in exclusive locations with broadcasters connected for live reports. 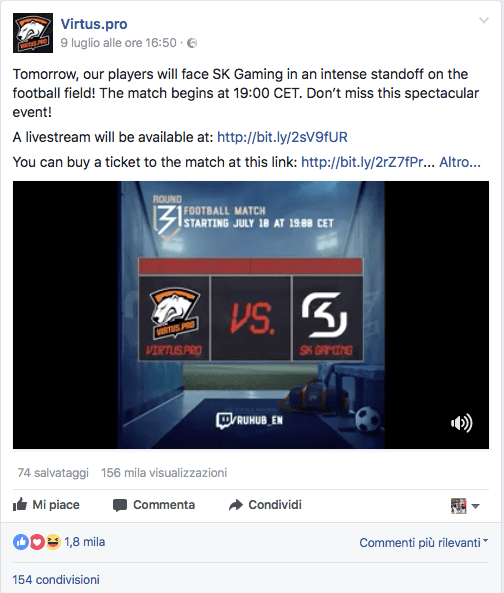 According to Forbes, Usmanov had a 15,2 billion dollars esteemed patrimony in 2017, which derives from the energetic sector (he is President of the Russian GazProm holding) and from the metallurgic sector (he controls Metalloinvest), but certainly he is also a sport and digital business expert. He is the President of FIE, the international fencing federation, as well as the major shareholder of Arsenal FC and Dynamo Moscow. Moreover, he owns important shares of strategic digital assets like MegaFon (the second most important mobile operator in Russia) and of the giant Mail.ru.

A major player like this always acts in a very reasonable way and often looks ahead in opening new business opportunities, which go beyond bare video game production to give birth to a new shared experience, in other words, to an international competition. Basically the result is an entertainment product built on the model of sport competitions, a product that can be sold to both eSports players and viewers. Some people, indeed, love to watch other people playing: check who are the most esteemed YouTubers and how many gamers there are among them (some have bizarre names like “CiccioGamer89”).

Fast-forward. Two years after - 2017, the present day - the Olympic Council of Asia (OCA), who manages the Asian Games, a continental event that includes about 30 traditional sports, announced a partnership with Alisports - a branch of the giant of online commerce Alibaba - for the development of eSports. And now eSports are beginning to be inserted as official events in competitions as important as the Olympic games, together with great classic sports like athletics, swimming and shotgun.

“More than 350 million people play eSports around Asia” claimed OCA President, sheik Ahmad Al-Fahad Al-Sabah, when the agreement was signed. “We are sure that the extensive organizing capabilities of Alisports, and their experience in eSports, will assist OCA in developing all sports. In the future, we will work closely together to develop new modes of developing big games and events, and to provide sponsors with more opportunities and value.”

This is not a joke or something that will happen in a distant future. Works are in progress for the 2022 Asian Games and the first step is making eSports enter the program of Asian Indoor and Martial Arts Games (AIMAG), which will be held next September in Ashgabat, capital city of Turkmenistan, where also tourneys of FIFA 2017, Multiplayer Online Battle Arena and Real Time Attack will be held. 1,700 gamers (or athletes, as they might be called now) from 23 countries have entered for the selection of the event.

AliSports has also signed an agreement with AIBA - the World Boxing Federation - for the digital development and the implementation of eSports with one of the most ancient sports in the world. And as happens with the international governance model of traditional sports, also eSports have their own international federation, the International eSports Federation (IeSF), which has now a global membership including 48 national federations. Many people believe that IeSF aims to become part of the International Olympic Committee to discuss possible synergies with the most famous 5 rings in the world of sport.

The next big thing: what do number reveals

There are some data confirming that this phenomenon is growing and becoming something official not only in Asia, but also in Europe. In this regard, PayPal (sponsor of the World of Tanks - the Wargaming Grand Finals, an important eSport event which took place this year in Moscow) presented a research on eSports on the 27th of June 2017.

The research was led in 2017 for PayPal by SuperData Research in 12 European markets with the objective of gathering and examining the most recent data on one of the most promising sectors for online economy. In comparison to other countries analyzed in the research, Italy is 5th together with Spain in terms of growth after Russia, France and UK, respectively at the first, second and third place.

According to the research, in 2018 eSports incomes will pass 345 million dollars. The key players of next year’s growth are expected to be Sweden (fatherland of one of the most popular eSport players, YouTuber PewDiePie), Russia, France and United Kingdom. In Italy incomes are expected to go beyond 13 million dollars in 2017 and 14 million in 2018.

Do they seem to be “small” numbers? Looking at the data we need to consider also the historical dynamics of the adoption rate of new technological platforms and of the use of this type of products. It took 75 years for the phone to connect 50 million people in the world, Facebook needed 3 years and a half to reach the same number of users. Instagram just took 3 months, Angry Birds Space only 35 days.

According to the SuperData research, the sector of digital games is almost completely dominated by millennials: among the people that are interested in eSports, the two most represented age groups are 18-24 and 25-34 (these groups together make up 62% of the audience). Only 10% of players is more than 45 years old. Players are mainly men (84% eSports players in Europe are men, only 16% are women).

Advergaming is already a reality

Advergaming, i.e. the combination of gaming and advertisement, is not something new, and one of the first examples of this combination is given by games + sport. As happens in real life, the arenas reproduced in video games have advertising boards, and spaces on those digital boards are sold to sponsors by game producers.

But we have already gone beyond that. With the power increase of game platforms, together with the internet connection (which helps targeting) and the creation of “social” games with many users on the field at the same time, we have reached dynamic in-game advertising models. The brands’ presence in the game can be controlled and personalised remotely, for example on the base of the geographical area where the player is, of the phase of game, or of the historic moment he lives in. In few words, ads in the video game can be changed and personalised.

Interaction and remote control permit a real time evaluation of the target’s feedback, allowing to intervene to maximize results and correct possible mistakes, without diminishing the game experience. The dynamic and adaptive advertising is much more efficient. Undoubtedly one of the first successful examples was the Obama’s presidential campaign in 2008, with “advertising boards” inserted on the sidelines in the Burnout Paradise driving game on the day of the opening of polling stations. The road has been open and in the future we can expect that some video games will be produced especially for brands; in these cases the game experience will revolve around the product. 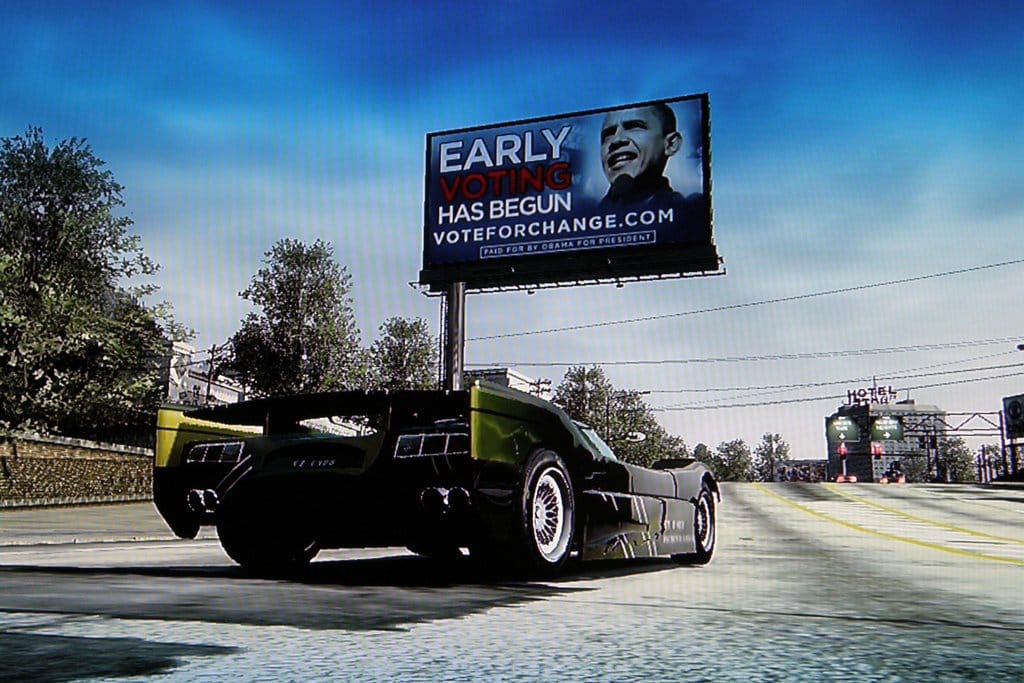 But there’s something more. The evolution from video game to eSport, from hobby to event, from product for players to product for viewers, will definitely open new opportunities for brands and agencies.

There aren’t any doubts left on these dynamics: video games are officially entering the world of sport. Communication is our job, and we know well that where there’s sport there’s always business, and where there’s business there’s advertising.

“Come on mum, only 5 minutes more, we are working, though.”.