From Webb to McGregor, from mustaches to tattoos 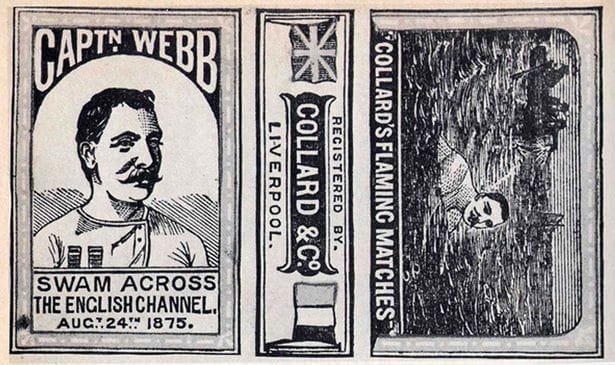 McGregor lost. He had no chances, apparently. Some bookmakers rated his victory 40/1. But even if the man lost, his brand won.

The Irish is a champion also in regard to personal branding. His fame was built both on results, and on his personal attitude. He has over 19 million followers on Instagram. 6 millions on Twitter. Tattoos and self-mockery. Trash talking and family. A grin that says he’s an epic winner even when he loses. Contrasts turned him into a unique character.

McGregor knows where he’s going. He asked the US Patent and Trademark Office to trademark his name, surname and nickname - The Notorious - in a clear move to protect his personal brand, aiming at an all-around monetization of his name.

The fighter has already tied in agreements with Reebok, Budweiser, Monster Energy and Call of Duty. No wonder that Forbes ranks McGregor as the 24th most paid athlete in the last 12 months with 34 millions dollar. And this was before the big match happened. 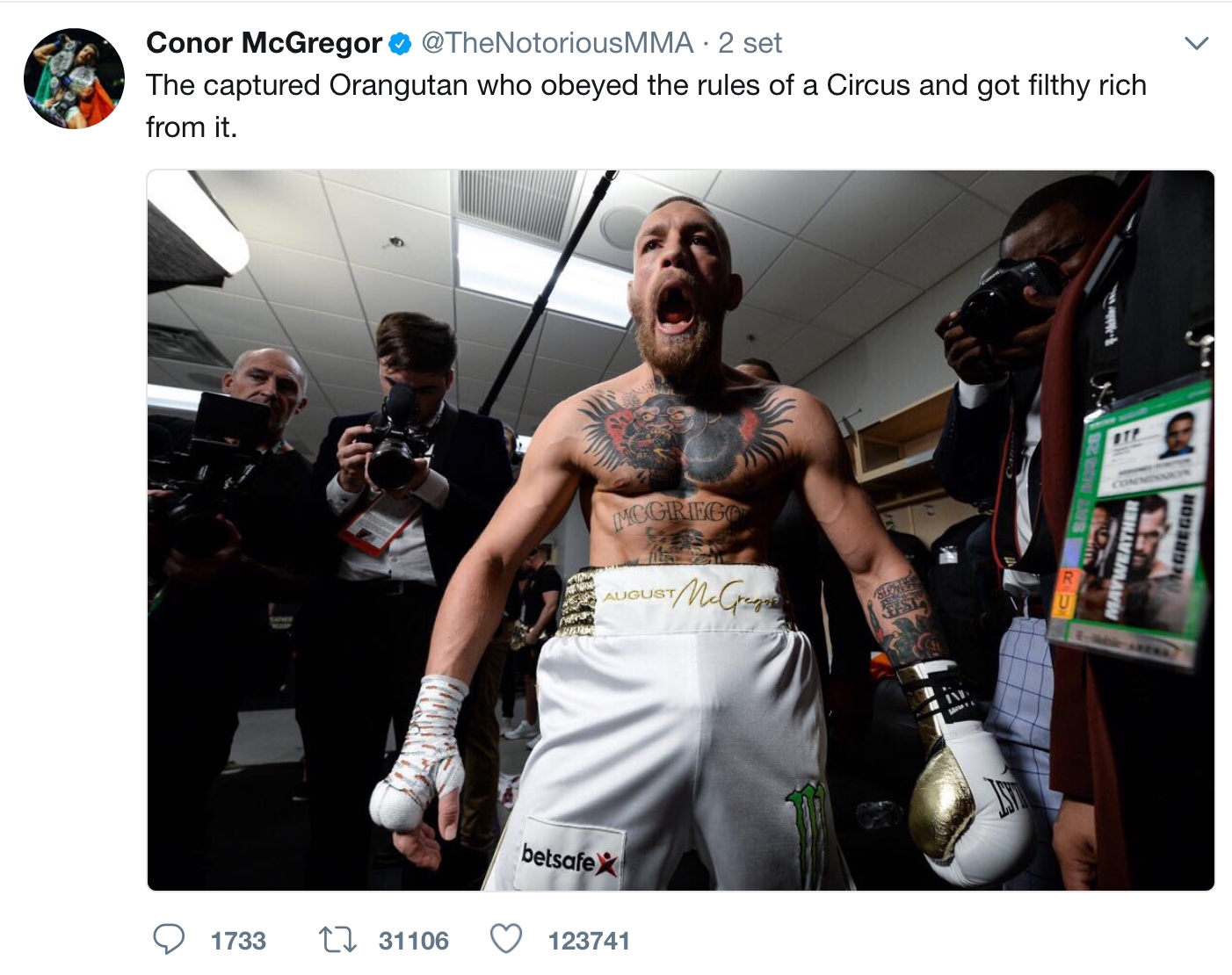 A sportsman that turns into a brand is not something new. From Joe DiMaggio to Jordan, from Tiger Woods to Valentino Rossi: we have already seen this happening, in different ways. But the path is pretty much the same: great results on the court are the trampoline, notoriety comes in the second place. The personal brand is built up. The brand equity is increased and is not necessary linked to the results anymore. Monetization comes as a consequence.

We’ve asked ourselves: who was the first sportsman who turned his name into a brand? And what can we learn from that story?

Most probably, the first was Captain Matthew Webb. The first man to swim across the English Channel, in 1875. His name maybe doesn’t mean much to us nowadays, but he has been a true pioneer of personal branding in sports. 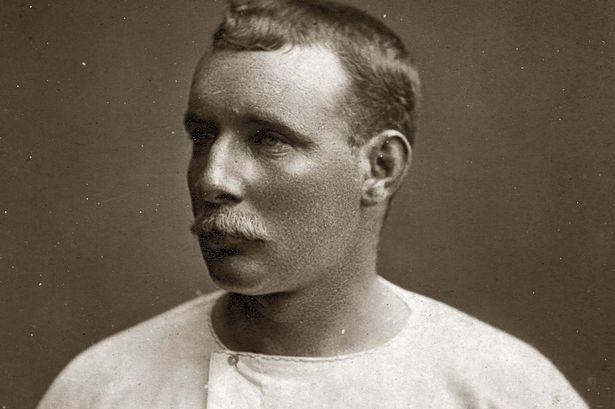 Born in Shropshire, England, in 1848, Webb started swimming on the Severn River. Sport was not structurally organized as nowadays, there was no professionalism. There were no swimming pools, and everything was more spontaneous. Swimming in Europe was breaststroke only. Front stroke had yet to be imported from the United States, where it was a prerogative of the Native Americans.

Whilst serving as second mate on the Cunard Line ship Russia, traveling from New York to Liverpool, in 1873, Webb dived in the Atlantic ocean trying to rescue a man at sea. He did not make it, but his bravery and his 35-minute effort fighting against the waves won him a medal, a 100 Pound award, and public recognition back home.

That year, somebody had tried - and failed - to swim across the English channel. Webb heard the news and decided to give it a try, exploiting his notoriety to monetize the challenge. One year later - he had become Captain of the Emerald in the meantime - he left his job and started training. In 1875, he was ready for the venture. The first attempt - on the 12th of August - was a failure. A storm stopped him at about one third of the route, but the effort generated an unprecedented media hype for a sport event.

On the 24th of August 1875, Webb set off for a second try. Surrounded by journalists, covered in porpoise oil, he slick his mustaches and dived from the Admiralty Pier at Dover. Backed by three escort boats, at 12.56 he started swimming toward France.

21 hours e 62 kilometers later he arrived in Calais, on the other shore of the English Channel, after passing the night at sea fighting against tides, and wounded by multiple jellyfish stings.

Webb became a hero. Still today there are more individuals who climbed Everest to the top than people who swam across the English channel.

The Captain immediately took advantage of his success, turning himself into a brand. He licensed his name to pottery producers. He engaged himself in speeches and conferences, talking about his story. He won prize-money taking part in swimming competitions. He gave demonstrations and participated in stunt events such as floating for 128 consecutive hours or swimming for 14 hours a day - everyday - for one week. He came first among all the action sports heroes we know nowadays.

His image was powerful. A man with mustaches, seriously calm, conscious of the perils and yet not scared. “Capt. Webb” - in association with the pay-off “Swam across the English Channel”, became a brand that lived longer than the man who created it.

Webb died in action, in an age where “get rich or die trying” was real. He was trying to cross the whirlpools at the feet of the Niagara Falls, in June 1883. The huge pressure of the water killed the man, but transformed the hero into a myth.

What can Captain Webb’s story still teach us, apart from not diving under the Niagara Falls? It teaches us that - even before the advent of organized sports, before the Olympic Games, before the US baseball champions of the ‘30s, before Jordan, Schumacher, Tiger Woods and McGregor - the personal branding of sports celebrities was already linked to values.

Webb was a pioneer. He was a Victorian age hero. He embodied the middle-class individualism of his age, he was an heir of Robinson Crusoe. Once again the Captain showed that gentlemen can accomplish everything through an indissoluble will and with self-reliance, without giving up his aplomb and mustache.

He offered the perfect set of values for that age and in a century’s time he was transformed from pop icon for his contemporaries to a vintage effige. The bond with the product is so strong that the end of the match as an everyday object has definitively buried the Captain.

When McGregor has become a brand, he has done so carrying a set of values. He is an evil Beckham. He is a sharp Tyson. He is Bruce Lee without background actors. He is Rocky Balboa that takes selfies with Adriana in a 5 star suite. It is not important if the man wins or loses on the ring on the short term anymore, it is the brand that prevails. It is up to Conor to guide it towards next goals, without impoverishing the brand identity. What is left to his sponsors is to understand what are the values he conveys and how to turn them into levers.