eSports: a “treasure hunt” for brands, leagues and clubs 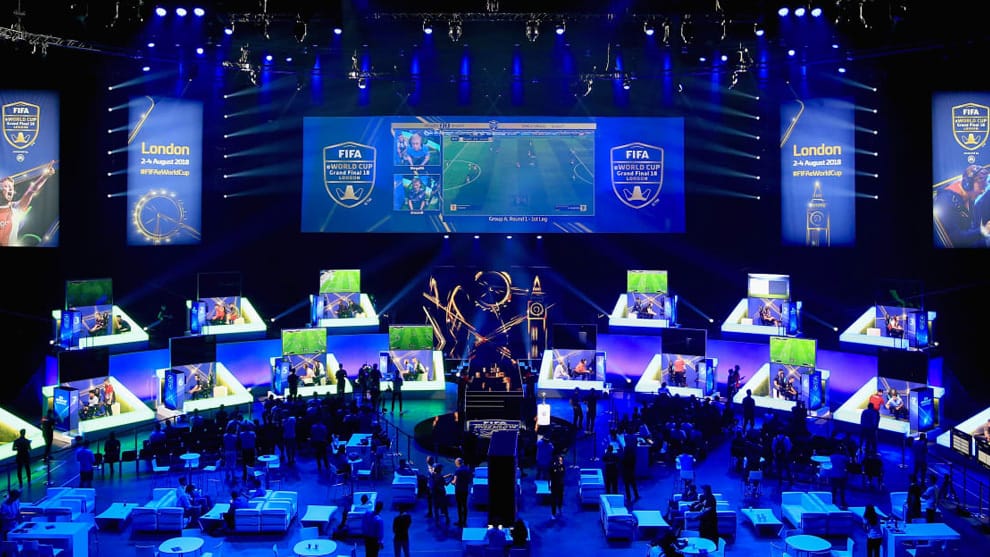 A global business of 906 million dollars that is going to grow and reach the amazing amount of 2,96 billion dollars in 2022. An audience of 380 million users.

A real boom. A phenomenon that cannot be overlooked anymore and that has huge potentialities in terms of business. We’re speaking about eSports, professional video games competitions.

The world of eSports, a complex ecosystem that needs to be explored, is populated by different types of players. There are the publishers that create and distribute the games, the associations that organize the tournaments, the streaming platforms where to follow tournaments, the players, and, of course, the brands that, by seeing the possibility to attract a new target, give a constant contribution to the growth of this industry through investments in sponsorships and advertising. Here are some examples.

Louis Vuitton has built a partnership with Leagues of Legends, the most popular PC game in the world, and on the occasion of the final of the World Championships, which took place in November in Paris, it realized a custom chest to contain what is considered as the most prestigious trophy in eSports: the Summoner’s Cup. 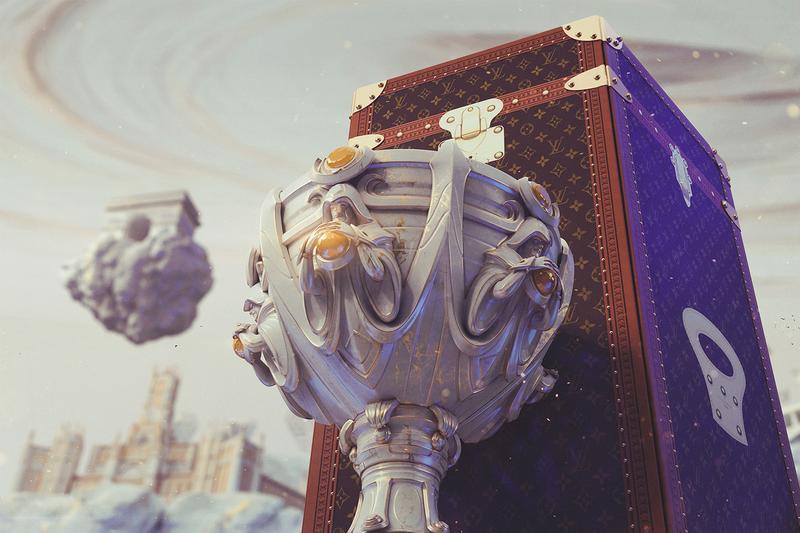 Also the American multinational Kellogg’s, through its salty snacks brand Pringles, made an entrance into the world of eSport. After experimenting the goodness of the experiment, sponsoring only ESL’s One Hamburg Germany in 2017, nowadays it sponsors seven ESL eSports tournaments. 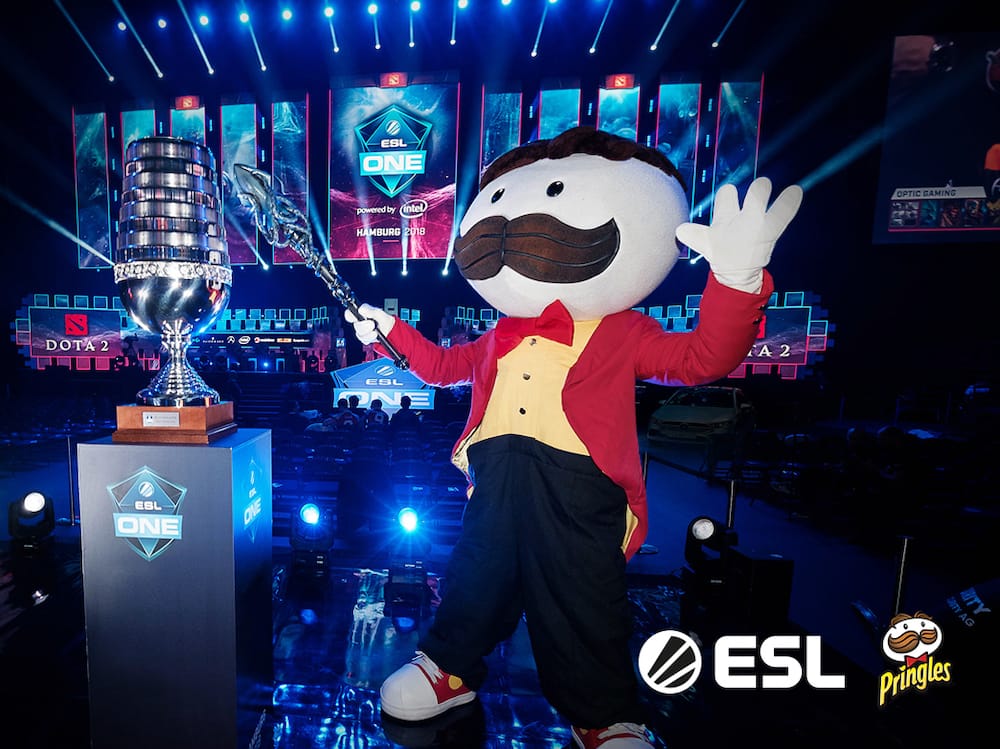 The list of this type of sponsorships is really long and includes brands as important as Adidas, which collaborates with Ninja, the most famous streamer in the world; Microsoft, which has a multi-year agreement with Cloud9, one of the most important eSports organizations; Mercedes-Benz, the first car brand to have its own sSports team; Red Bull, title sponsor of Dragon Ball FighterZ World; Samsung, which has created an exclusive skin for Fortnite that can be unblocked only if you purchase Galaxy Note 9. 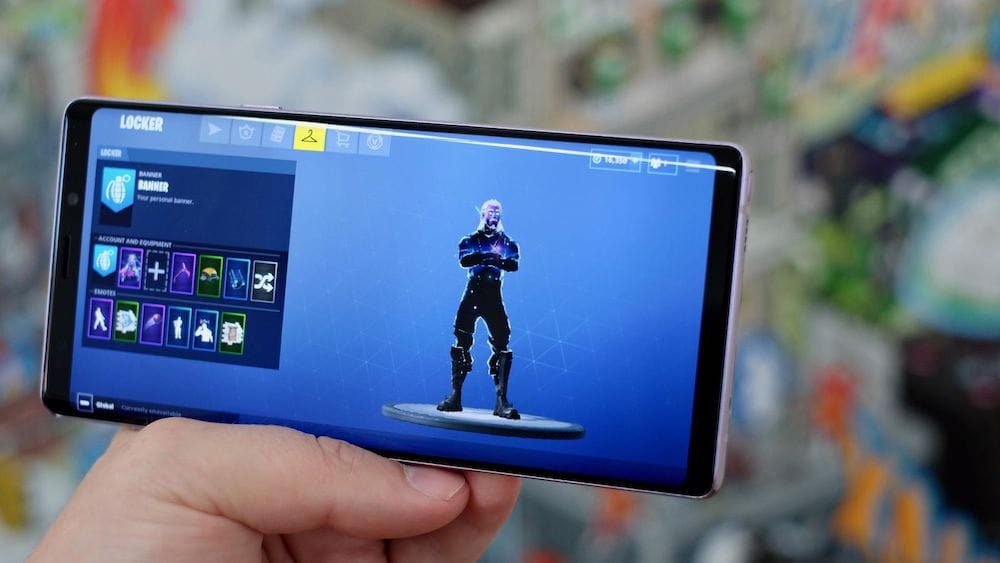 The eSports phenomenon is destined to occupy - if it hasn’t already done so - a relevant place in traditional sport industry, showing new ways to grow to the movement, and alternative business opportunities also for leagues and clubs.

The Italian football says yes (late): the A TIM eSerie is born!

“We want to conquer people’s free time, and from this point of view leagues are deeply rooted. One might change partner, job, even gender, but we will never change our favorite team. In this sense we aim at attracting the z generation” - claims Luigi De Siervo - CEO of Serie A League. 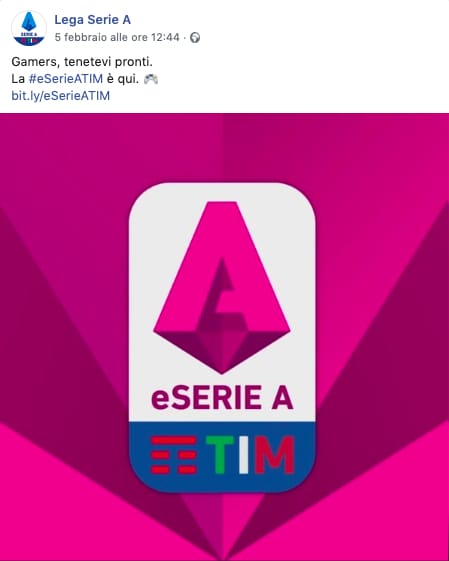 With a FIFA 20 and an eFootball PES 2020 tournament, the clubs of the Serie A TIM will begin challenging each other in the TIM eSerie. Are they ready? What strategies will they use to enter and be part of this new world?

To tell the truth, some Italian clubs - aligning themselves to the standards of European championships and clubs - have already created their eSports division for some years. The first club to be launched into this world was Sampdoria, while AS Roma Esports - born 3 years ago - achieved the prestigious goal of the semifinal in the FIFA eWorld Cup this year. Also Parma and Bologna already have a structured team of eSports; Bologna, in particular, used eSports to present the football player Musa Barrow, bought during the winter session of transfert market.

A combination of reality and video game, a trend that cannot but be ridden by the Italian club that pays most attention to current trends. Seeing is believing: see how Juventus showed on social networks the goal scored by Gonzalo Higuain in the match of Coppa Italia played against Udinese.

The creation of Inter’s eSports roster was made possible by the collaboration that the club has built with QLASH, leading company in the world of eSports that deals with creating and supporting communities of gaming and eSports at the global and local level.

Taking part in the A TIM eSerie: an important, almost necessary first step, but which must be considered as the starting point for the Italian teams.
Many European clubs, indeed, do not limit their involvement in eSports to football video game. FIFA is not even in the top 10 of the most played and followed video games. The video games that rule the roost are League of Legends, Fortnite, and OverWatch. The strategy of clubs like Barcelona, Schalke 04 and Manchester City - just to name a few - is positioning their brand as a global sporting brand, aiming at increasing the possibilities to attract new supporters - who might be not interested in football or football video games at all - and at transforming them into loyal customers through time.

A demanding, yet stimulating challenging. The world of eSports is now a consolidated reality, but it is also ever changing. Get ready: the best is yet to come!