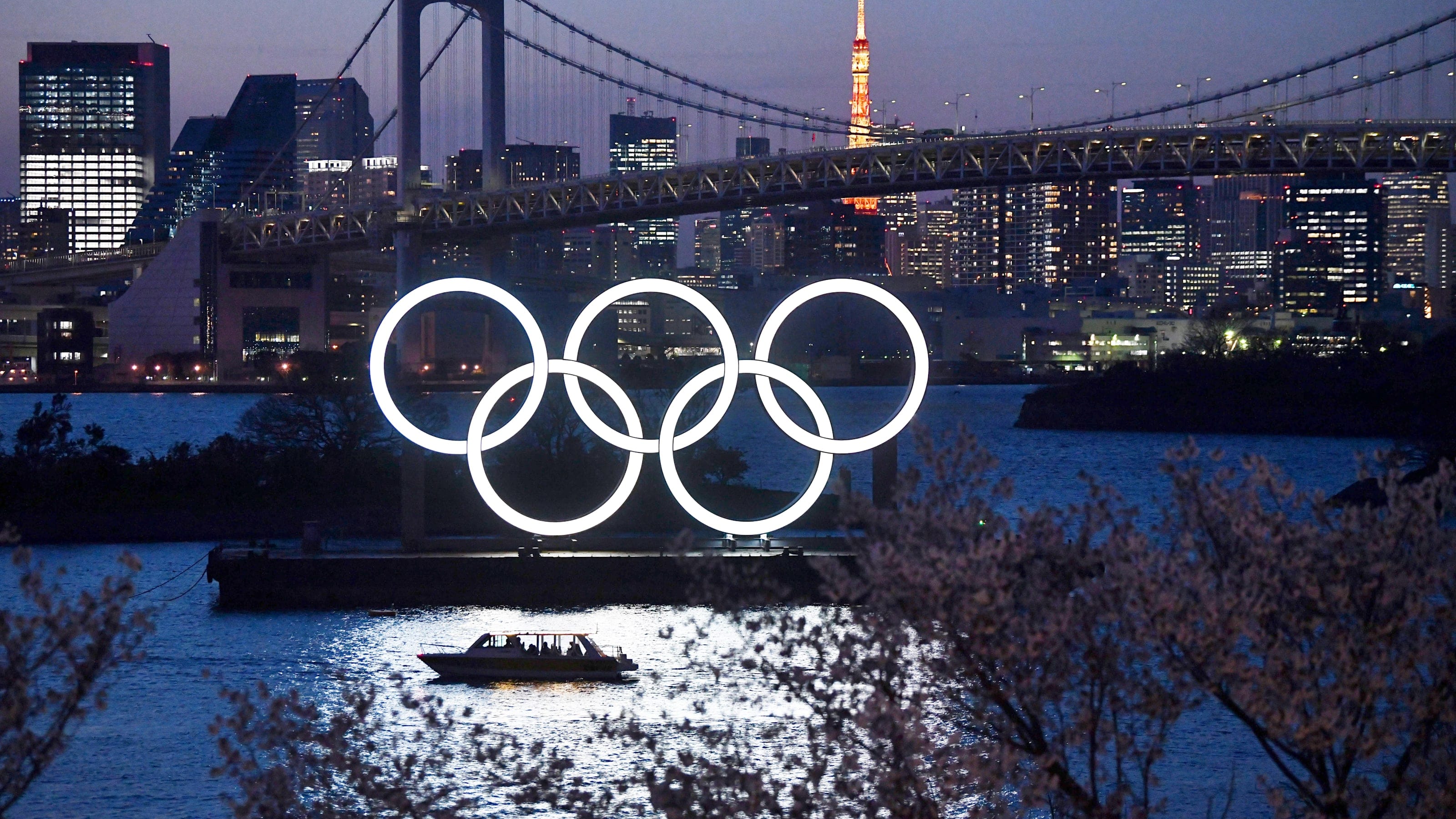 On the 24th of March 2020 the IOC (International Olympic Committee) on the advice of the Japanese prime minister Shinzo Abe, announced the postponement to 2021 of the Tokyo 2020 Olympic Games.
Unfortunately, due to the sudden spread of pandemic all around the world, there were no alternatives.

However, the rescheduling of the Olympic Games is not totally new because in history has already happened three times: in Berlin in 1916, right in Tokyo in 1940 and London in 1944. These editions have never seen the light because of the two World Wars.

On the 30th of March 2020 arrived the official communication that the Games will be postponed by exactly one year, and so it will be held from the 23rd of July through the 8th of August 2021, followed by the Paralympic Games from the 24th of August until the 5th of September.

Full of hope was the speech of the IOC President, Thomas Bach, that sees in the XXXII Olympics a symbol of rebirth after the pandemic: “Currently humankind is in a dark tunnel. These Olympic Games will be the light at the end of the tunnel.”

Games’ organization during Covid: The Playbooks

The 2021 edition of the Tokyo Olympic Games will be held in a historical background never seen before. The International Olympic Committee has always overseen the evolution of the pandemic, working closely with the World Health Organization (WHO).

As a result, dates back to a few weeks ago the publication of the first Playbooks, a collection of guidelines and countermeasures addressed to all the stakeholders to guarantee safe delivery of the Games. The Playbooks are the result of the joint work of the International Olympic and Paralympic Committee, Tokyo 2020 Organising Committee, WHO, the Government of Japan, Tokyo Metropolitan Government and a pool of experts from across the world. 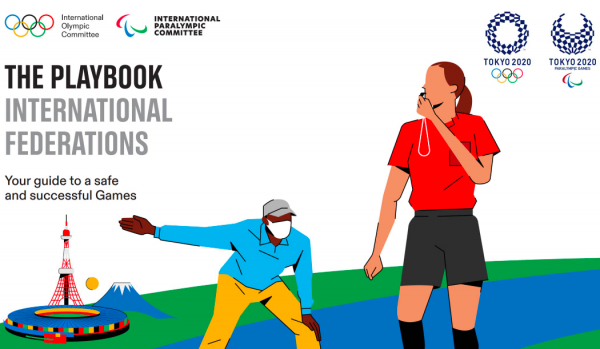 The rules to follow put the health and safety of athletes and everyone involved in the Olympic Games as the top priority. Before leaving for Japan it will be mandatory to observe a 14 days quarantine and to present a negative Covid test (PCR) within 72 hours from the departure for Tokyo. Once landed, a second PCR test has to prove the negative result to Coronavirus.

The measures to adopt during the Olympic event are based on three main pillars:

1) minimize physical interaction: no hugs and no handshakes, keep two metres distance from athletes and at least one metres from others, avoid crowds’ spaces, use Games transport system and not the public one;
2) test, trace and isolate: download Japan’s COCOA and health reporting app, get tested and provide proof of negative result (at least every four days), isolate yourself if you experience any symptoms;
3) hygiene: wash your hands regularly and use hand sanitisers, wear a face mask, support athletes by clapping and not singing or chanting, avoid using shared items, ventilate rooms and common spaces every 30 minutes;

Athletes who were found positive to Covid-19 will be immediately isolated and they will not be allowed to compete. The development of the pandemic will continue to be monitored and the IOC announces that a new updated version of the Playbooks will be available by April 2021.

The economic impact caused by the deferral of the Olympics will be relevant. According to Katsuhiro Miyamoto, emeritus professor of the Kansai University of Osaka and expert in sports economy, the one-year postponement could cost from 5.4 to 5.6 million euros. Although, the cancellation would have caused greater losses, such as the revenues generated from the TV rights amounting to 4.5 million dollars, which represent the 73% of the IOC income, as IlSole24 Ore explains. These are essential funds to sustain 18 International Federations with less visibility that are not financially independent. Indeed, there are only 10 stand-alone federations (on a total of 28), so funding coming from the Olympic Games are even more crucial for promoting sport around the world.

Good news arrived from sponsors: the 68 Japanese partners are not going to abandon the five rings and will relieve from the incurred costs caused by the postponement. The organization estimates that the extension of the partnerships’ contracts is supposed to generate 174 million euros. The line-up of the confirmed sponsor is strong: 14 are the Worldwide Olympic Partners which represent the highest level of Olympic sponsorship. These are the best-known multinational companies in the world which both economically support the delivery of the Games and help athletes from over 200 countries to participate in the world’s biggest sporting event.

The Rule 40 of the Olympic Charter

Every brand that is sponsoring an Olympic athlete and that is trying to develop the best marketing and communication strategy to ride the wave of visibility provided by the Olympic Games, cannot forget the strict recommendations imposed by Rule 40, that disciplines the use of athletes’ name and image during the Games:

“Competitors, team officials and other team personnel who participate in the Olympic Games may allow their person, name, picture or sports performances to be used for advertising purposes during the Olympic Games in accordance with the principles determined by the IOC Executive Board”.

All the sponsors have to present their strategies to the Olympic Authorities which will examine the brand’s communication plan carefully. If the IOC doesn’t give authorization every advertising campaign via press, tv, radio and social media which is related to the athletes and their staff is forbidden.

According to Rule 40’s guidelines issued by the IOC, sponsors never have to associate the athletes’ image, name and sporting performance to the Olympic context. All the indirect references as the use of the Olympic properties (five rings, IOC, Olympic motto), allusions to Japan and its landmark or the medals (Gold, Silver, Bronze, Podium) and congratulations messages for the athletes’ achievements are banned too.

The main goal is to guarantee exclusivity only to the Olympic partners, preserving them from the ambush marketing phenomenon. But what is it all about?
It refers to the possibility for not sponsoring companies to take the advantage of the event’s media impact to promote their brand without any kind of spending and so damaging the investments of the official sponsors.

Rule 40, besides safeguarding the contracting parties of the sponsorship, protects the brands’ willingness to invest in sports events in which their funding is vital for the delivery of the event itself. So, keep attention in setting up your advertising campaign during the Olympic Games Period that begins nine days before the Games Opening ceremony and ends four days after the Closing ceremony. The only kind of promotion allowed will be the ones of the Olympic Partners which have closed a deal with the IOC or with a National Olympic Committee (NOC).

The 15th of May 2020 was the deadline for the athletes’ personal sponsors to notify the IOC of their advertising plan, but due to the circumstances and the qualifications events still running for many athletes, later notifications is possible for advertising featuring athletes who will be selected shortly.

Therefore, an accurate and creative strategy will be necessary, better if carried out by experienced professionals, to safeguard the athletes’ integrity and to prevent fines and legal procedures. On the other hand, following the right tips and respecting Rule 40, is possible to decline a successful communication strategy.