The Olympic emblem: from symbol of the Games to promotion instrument 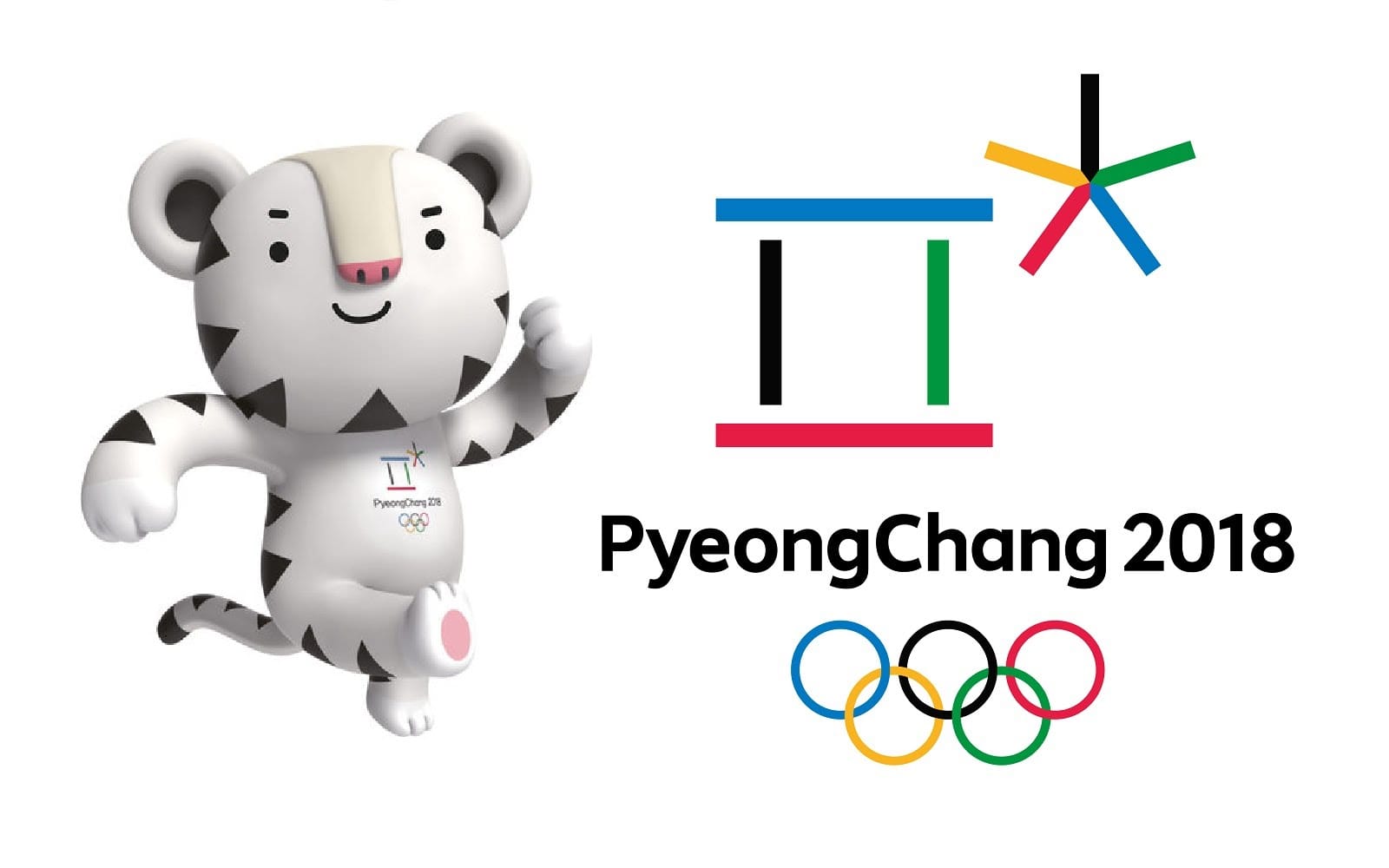 Not only a symbol, but a brand used for the promotion of a “product”, i.e. the country hosting the Olympic Games: this is the Olympic emblem, which has developed over time along with the historical and cultural context, but also together with the development of communication and promotion tools, becoming an instrument used for advertising and even for propaganda.

What people remember about important sport events like the recent Winter Olympic Games held in PyeongChang are not only the deeds and victories of the athletes, or the anecdotes and outstanding events that have characterized them, but also the way the event itself has been promoted and communicated, from the opening ceremony to the mascot choice. In this sense, no element is as important as the Olympic emblem. When the emblem is notable effective (or, on the contrary, bad), we remember it through time and associate it immediately to that given edition.

But what is the real importance of the Olympic emblem? And how has it developed in the course of history?

PyeongChang emblem: the values of the Olympic Games and of the hosting country

Let’s start from PyeongChang emblem: before and during the Games you certainly had the chance to read about its explanation and understand its composition. To sum up, the emblem of this winter edition, which is extremely stylized and minimalist, is a combination of Korean characters composing the sounds “P” and “CH”, the initials of PyeongChang, and it also includes the traditional Korean colors, which are the same ones as the Olympic rings. Moreover, the first character recalls the harmony of sky, earth and humanity, while the second one is a clear reference to snow and ice. 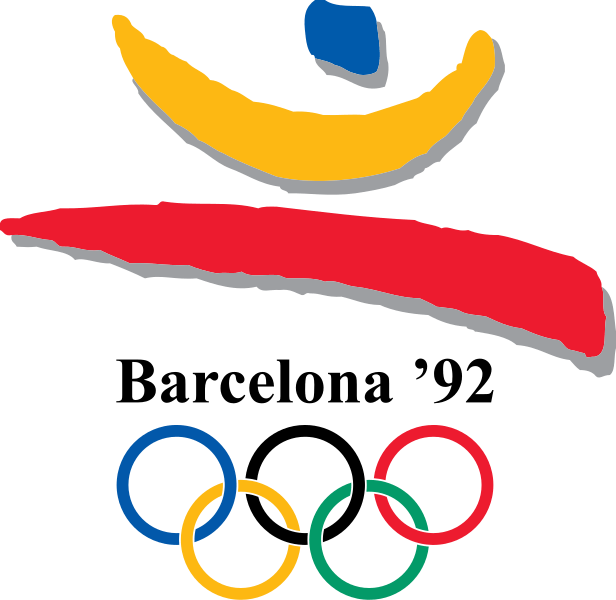 Nothing new, one might say, whether you like the emblem or not: what you expect from an Olympic emblem is a reference to the hosting country, on the one hand, and to the Olympic Games and the values of unity and harmony that they have always conveyed, on the other hand. Since their birth, indeed, the modern Olympic Games have always highlighted the importance of peoples’ union, and the five rings themselves recall this idea.

Going by memory, there are many emblems of past winter and summer editions that have represented both elements, sometimes focusing more on distinctive elements of the landscapes, of the culture or of recognizable monuments of the hosting country (like Barcelona 1992 or Sydney 2000), sometimes trying to combine these elements with the unitary spirit of the Games (Seoul 1988, Turin 2006). 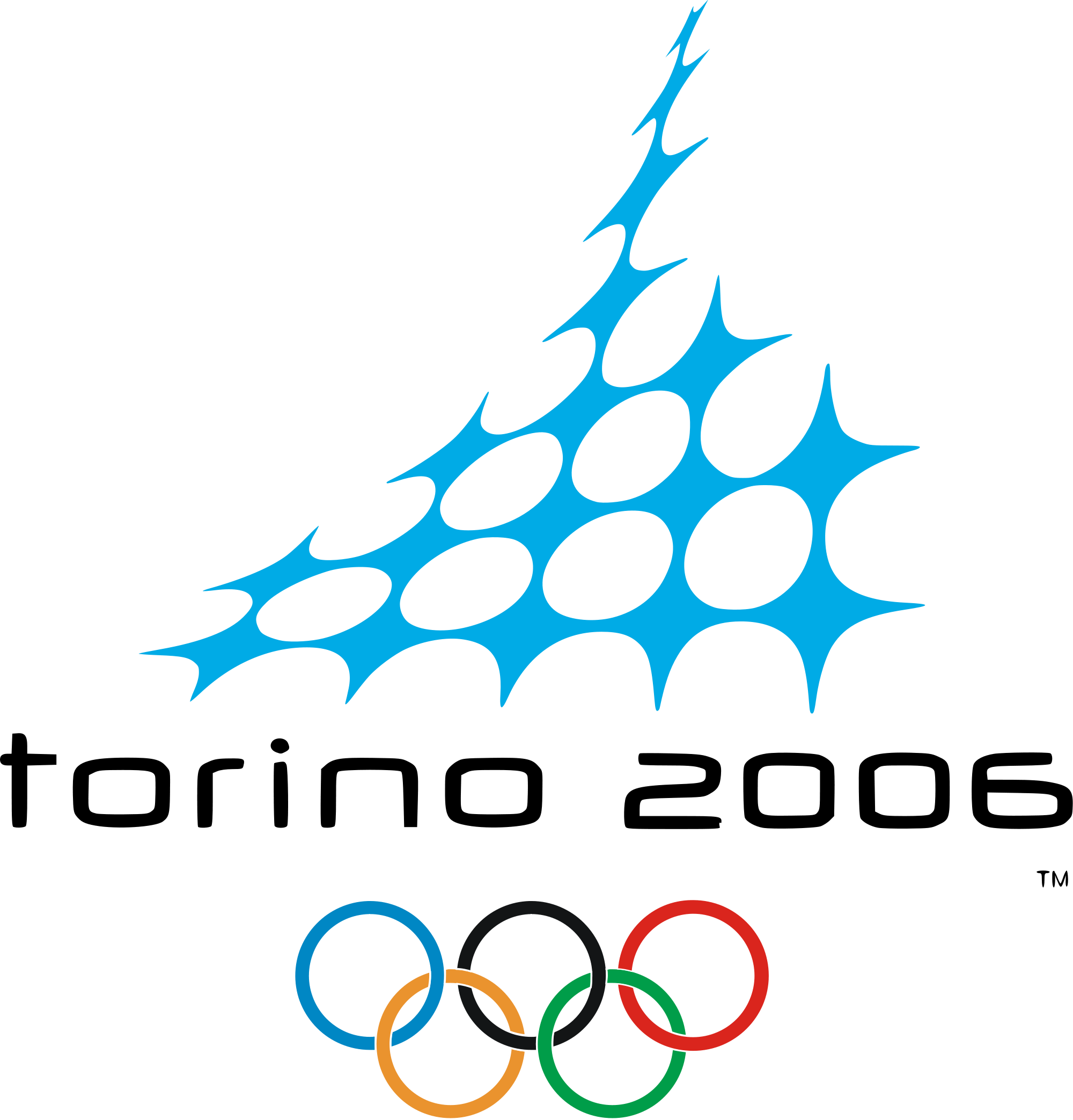 From symbol to instrument of promotion and propaganda

Has it always been (only) like that? Has the emblem always and barely had the role of representing the peculiarities of the hosting country and of the Olympic values? Actually, it hasn’t: looking into the story and evolutions of Olympic emblems, we understand first of all that they have developed along with the means of communication and promotion; secondly, it is clear that the emblems, especially in some cases, have mirrored the promotional, sometimes propaganda role that the Olympic Games have had for some hosting countries.

It is self-evident that the Olympic Games are not only a very important sport event, but also a huge media event, a great promotional ground for hosting countries, which have understood that they need a strong brand, the emblem, to promote themselves. The media and promotional power of the event was used for the first time in Berlin1936: nazi Germany gives birth to a never before seen media coverage (the Games were filmed and broadcasted on TV for the first time), an effective propaganda to the detriment of sport that includes also a movie by Leni Riefenstahl, official director of the party. The emblem of those Games fits perfectly with Germany’s propaganda plan: the eagle, symbol of the city of Berlin, bursts into violently, dominating the Olympic rings instead of accompanying them in a harmonious way, and in doing so it immediately gives the idea of power and supremacy. The sentence “Ich rufe die Jugend der Welt” (I call upon the youth of the world) recalls the Nazi lexicon rather than Olympic values: Hitler Youth was founded in 1926, and in general it is well-known that the party aimed at the ideological control of young people and considered them as a primary addressees for their propaganda messages. Also the font choice is meaningful, as it immediately reminds of Nazi propaganda.

Also some recent emblems can be considered as mouthpieces of important messages addressed to the rest of the world by the hosting country. Beijing 2008 emblem, for example, is definitely more positive and inclusive than the 1936 emblem, but it is still very strong and meaningful. China uses the 2008 Games to show itself to the rest of the world as a political and economical power, and not as an emerging country anymore; as a consequence, the “Dancing Beijing” does not only represent some elements of Chinese culture and tradition, it also symbolizes the opening of Beijing towards the rest of the world, the desire of inclusion and its welcome to people coming from other countries. Not bad, for a country and people that are often seen as closed and far away from the rest of the world, and a strong message of change launched through the Olympic emblem, using an event capable of working like a megaphone

The importance of the emblem as mark used to promote a product, i.e. the hosting country, has grown along with the development of means of communication and promotion. Do not forget that the first emblem for modern Olympic Games was designed for Paris 1924: before that, billboards were used (they still exist, but they have a very different visibility than emblems).

The differences between the billboards of the first editions and emblems are obviously huge: conceived mainly as billposting and realized by artists, the Olympic billboards of the late 19th and early 20th century can be seen as representational works rich in details, which recall the advertising style of that time, based on billposting and billboards made by artists, sometimes by first-level artists like Henri de Toulouse-Lautrec and Giorgio Muggiani. The first emblems maintain some of the peculiarities of the billboards (realistic elements, detailed figures) and it’s only between the 50s and the 60s that we can notice a more decided change of direction towards the stylization and simplification that characterize more recent emblems. No wonder that television begins to be widespread at the same time, enabling people to get to know more about the Games, which become a more universal and accessible event. The passage from an emblem characterized by realistic shapes and rich in details like Paris 1924 to a straighter emblem, which can be easy to remember by a wider and more diversified audience (such as Squaw Valley 1960), in this sense, is very natural.

The emblem of Squaw Valley 1960 is also the first one designed by an advertising company, Knolling Avertising: a meaningful step in the evolution of the Olympic emblem towards advertising brand.

The present and the future of the Olympic emblem

What is the present, and what will be the future of the Olympic emblem? The fact that the emblem is gaining a meaningful and recognized value is testified also by the price people are willing to pay for it: in recent times, for example, the 625,000 dollars payed to Wolff Ollins for the emblem of London 2012 made a sensation. However, these numbers are not the only evidence of the fact that the Olympic emblem has become more important as a brand that needs to be protected and treated with care: another evidence is given by the various stages the emblem has to go through before being approved as definitive. Another, main evidence, is given by the official manual of “Olympic Properties” (which include also the 5 rings and the mascot, in addition to the emblem of each edition), which imposes strict rules and limitations on the use of the emblem, a brand that is property of the Games themselves. One last evidence is given by the fact that, during the Olympic Games, no brands (except some cases, like the furnishers of the athletes’ uniforms) can be shown in a too evident way, meaning that, during the Olympic Games, only the Olympic Games can be advertised. 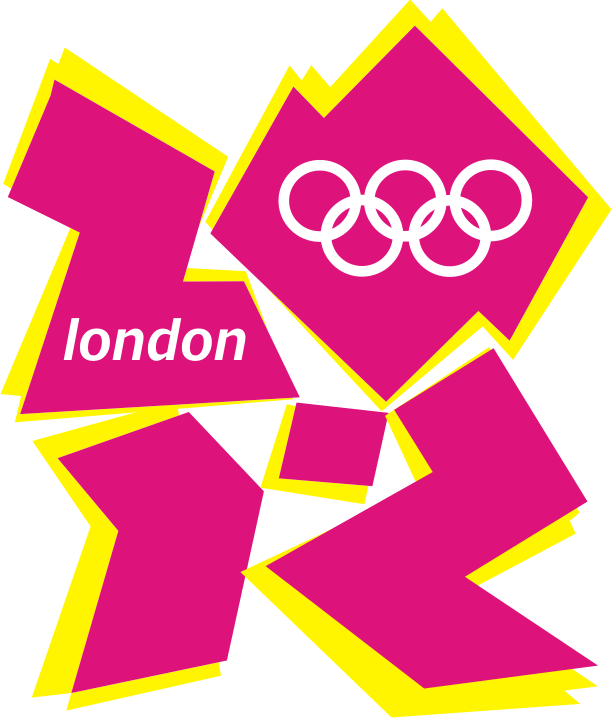 Established the value of the emblem in the context of the Olympic Games, one might ask how it is evolving and how it will evolve in the future to keep pace with the continuous changes of promotional and communication means. Not only the audience of the Games is increasingly wider and varied, indeed: also communication channels, as well as technology enabling to catch more details and aspects, are constantly evolving. Besides being seen by millions of people all over the world, nowadays the emblem appears almost everywhere as a detail or as a preponderant element: on the athletes’ uniforms, on medals, inside the places where the competition takes place, on sport equipments…a constant reproduction that inevitably influences the way the emblem is made: nowadays, indeed, the emblem seems to be conceived to be not only full of meanings and recognizable, but also adaptable and easy to be reproduced in different contexts. 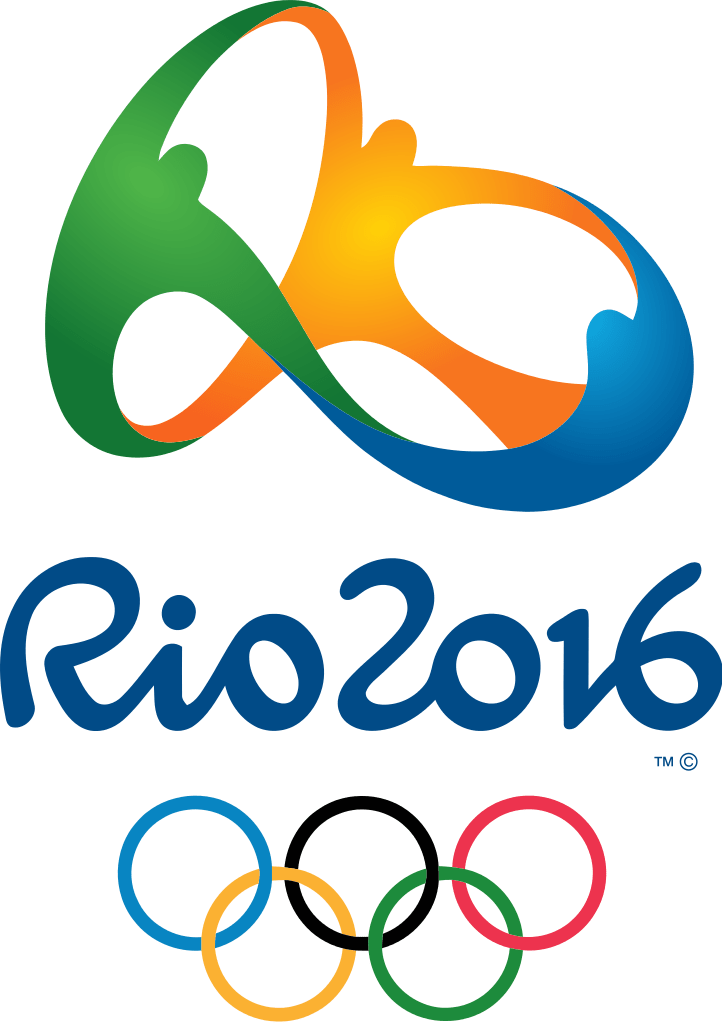 What about the future? The communication of the future will probably be more and more immersive and participative. It’s already like that: just think about e-games and visors, which make spectators immerse themselves in the competition, at the core of the event. Maybe, in the future, broadcasting companies will not be the ones to choose framings, while each spectator will choose what to watch. How will the emblem be able to emerge, in a situation like that? Becoming more and more integrated in the environment and interactive, for example, as if it had to lead the spectator through the Games experience. And in this way we might find ourselves making a ballet with the Dancing Beijing or giving our hand to the figures in the Rio 2016 emblem. This is how the emblem might remain impressed in our mind and continue to be unforgettable, also in the future.