Retail Apocalypse: engagement at the base of the retail future 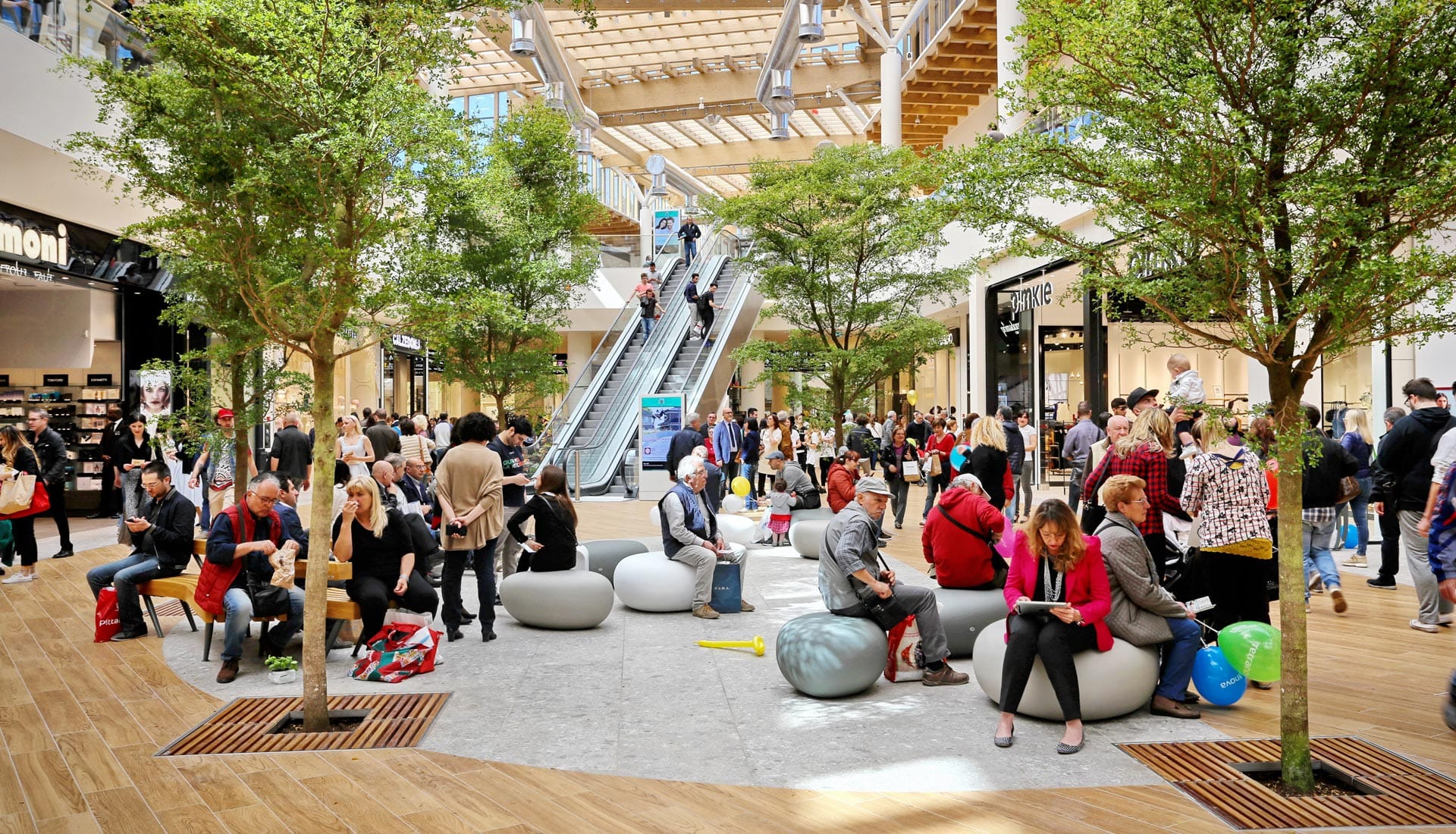 It is called “Retail Apocalypse”.

Although 70 new shopping malls are expected to open in Italy by 2020, at the moment we cannot make an estimate of the number of closures, which usually affect smaller shopping malls. Massimo Moretti, President of CNCC - Consiglio Nazionale dei Centri Commerciali (Italian National Council of Shopping Centers), claimed that “this does not concern Italy, as our turnovers are growing and we can claim that the sector of shopping malls works well all over Europe, attracting many people”.

The reasons behind the radical change in consumers’ habits

E-commerce is in part responsible for that, this is certain. Why?

“Millennials”, the generation that is marking the transition to the digital society, spend an average of 2 hours and 41 minutes on their smartphone, according to the Italy Eurispes 2017 Report. In Italy there are about 11 million millennials and by 2020 this age range will represent 25% of the population in Europe and in the States. 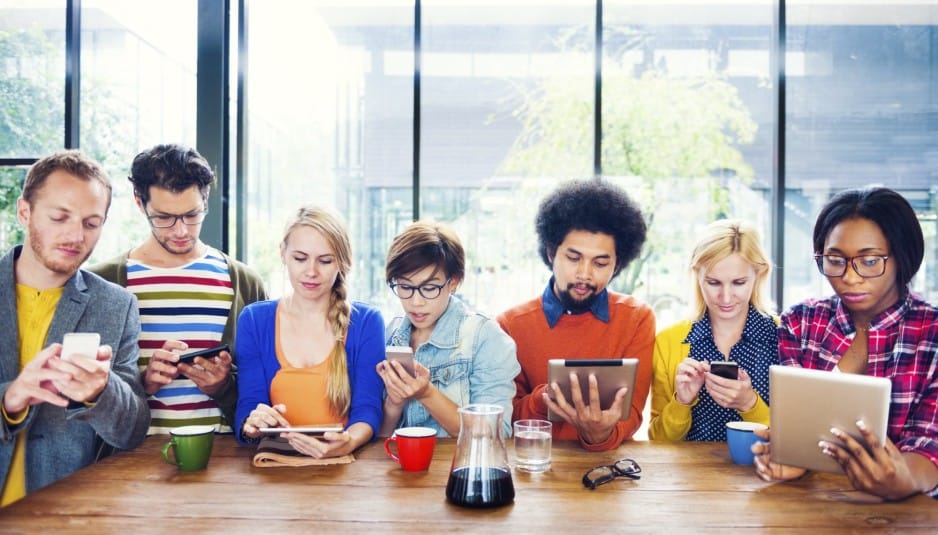 According to the Digital Innovation Observatory of the Polytechnic University of Milan, e-commerce has grown by 17% in 2017, reaching 23,7 billion euro. Given that 1/3 of this number comes from mobile devices, Italians older than 14 years old that use Internet in one or more phases of the purchasing process are 60% of the population, and they expect to live integrated customer experiences, which include store, web, e-commerce, social. For this reason it is essential for all those who work in this sector to offer full services to be able to engage the end user: people interact, communicate and spend money in virtue of the experiences they live thanks to the brand.

The crisis exists, we cannot deny it. However, instead of stopping and giving up, one can choose to follow the tip of one of the most illuminated minds of the past century: Albert Einstein. “The crisis is the best blessing that can happen to people and countries, because the crisis brings progress […]. Without crisis there is no merit.”

Those who turn this idea info their own strength are able to transform, evolve and forestall competitors. Just like Adidas.

The evolution of the customer experience by Adidas

Last month Kasper Rorsted, Adidas CEO, released an interview for the Financial Times in which he said that many stores will close in the next few years, and that we will focus on online sales. According to him, “our website is the most important store we have in the world” and the objectives for 2020 are more than doubling online sales, passing from 1,6 billion of nowadays to almost 4 billion proceeds. And he adds: “We will have fewer stores but they will be better”.

After this interview, the new brand center “The Home of Creators“ was open in Corso Vittorio Emanuele in Milan. Inaugurated on 29th September by football player David Beckham, it extends on 1,300 m2 with an architectural layout that reminds of a stadium and provides both physical and digital engagement. A few days before the inauguration, a series of events dedicated to football, running and training enabled people to face in various points of the city and to win the participation in the exclusive inauguration of the store with the champion. This generated a very high participation on social networks, which continued also during the in-store visits, where customers used the bleachers at the entrance as setting for their photos, which they shared on social media with the hashtag #heretocreate. In the store there are also some game areas, treadmills and relaxation areas. 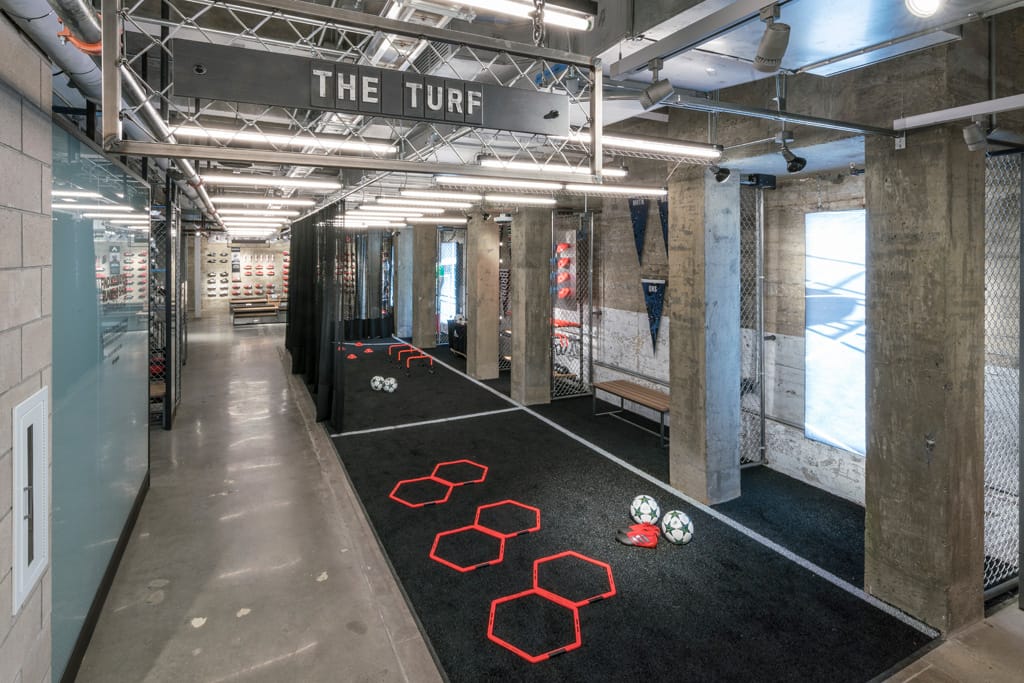 According to Adidas Senior District Manager Lorenzo Maccabiani: “this is a new concept, where you can create engagement at several levels. We wanted to realize an environment that can thrill, where getting involved and having fun while trying Adidas’ products”.

Shopping malls: from engagement to edutainment

In the same way, also the shopping malls format needs to evolve and take advantage of the revolution in terms of engagement and cultural and social approach. The customer, indeed, is not limited to live the shopping space to purchase things, but s/he looks for a place where to spend a diversified experience that goes from food to entertainment, where to spend some leisure hours with other people, also with children. 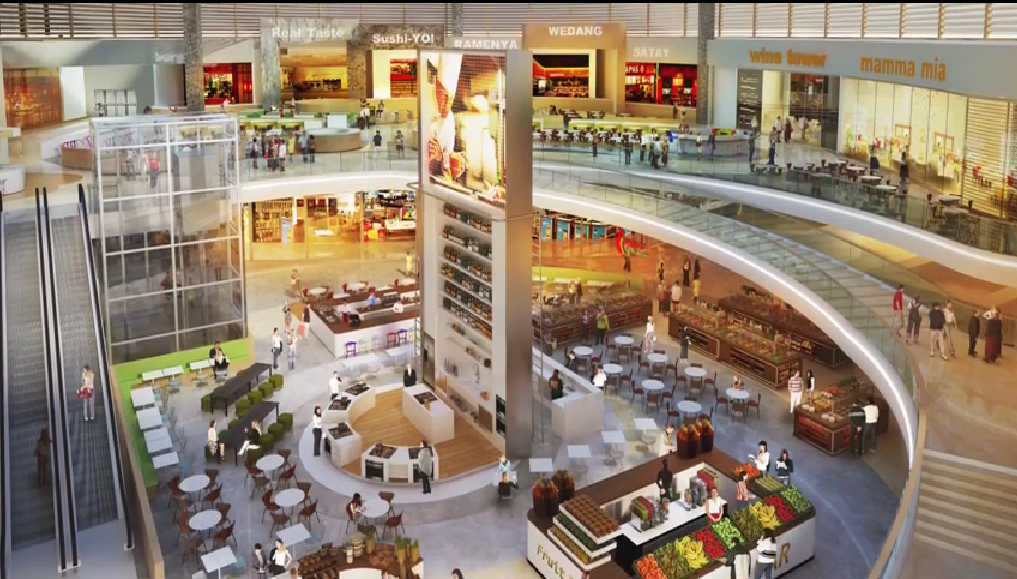 Hence the birth of buildings that contain also multiplex cinemas, gyms, children's areas, as well as spaces dedicated to exhibitions and events: these shopping centers, as Philippe Daverio declared in an interview for Mark Up in April 2018 “aspire to become central and attractive places on a social and cultural level, just like medieval squares”.

The evolution from engagement to “edutainment” is already in progress. What are the solutions? Events and services. Old names, which need to be interpreted in a new way.

Some types of events bring notable betterments to shopping malls: enriching experiences and not only self-referential entertainment. An example of this is given by the shopping center Ipercity in Padua, which organized the “Air Weekend”, bringing information and culture on gliding in the center, with the installation of real gliders in the hall, presentations, meeting with pilots and experiences that go behind shopping. A success in terms of participation and a memorable experience that really connects the center to its territory. 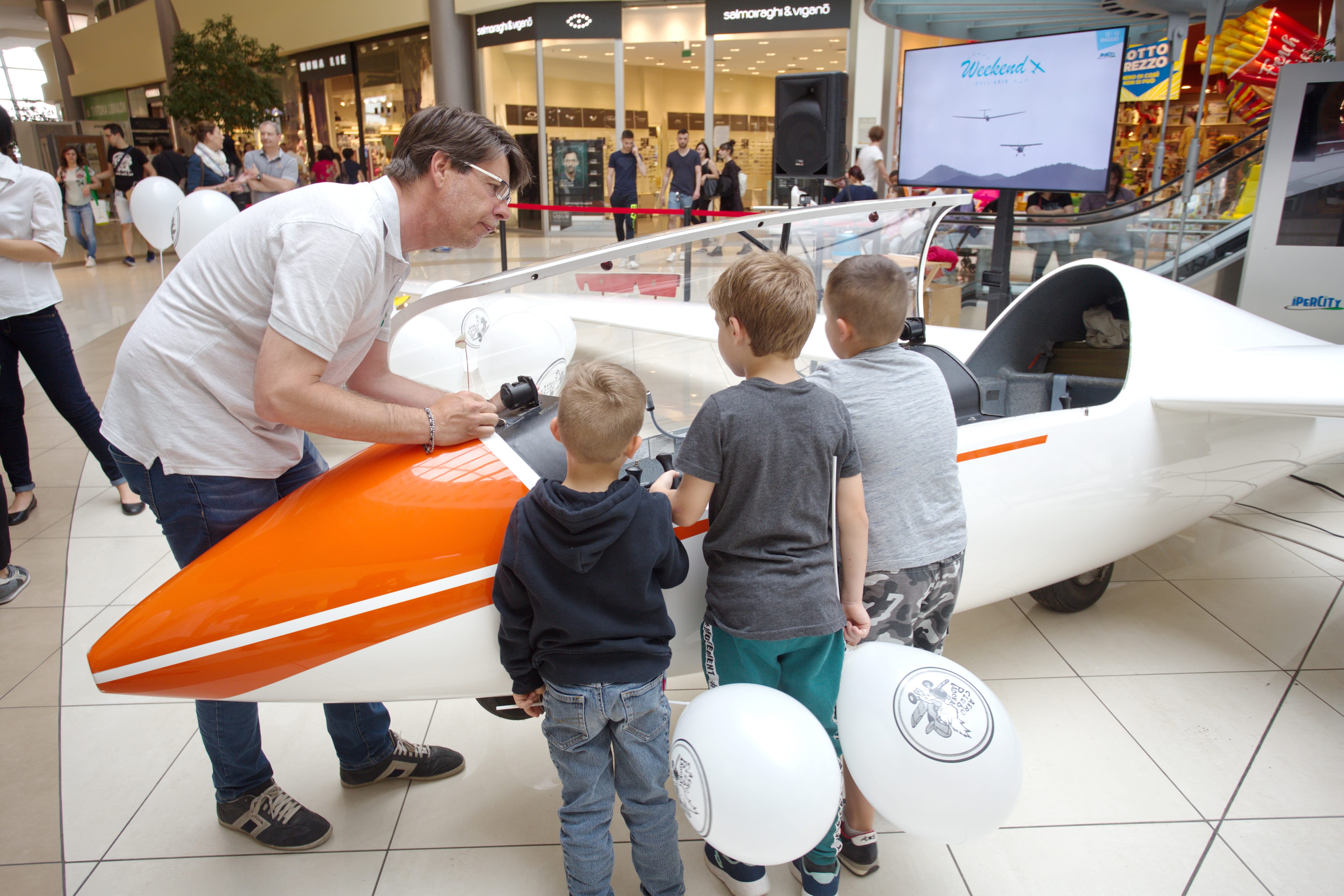 Also ancillary services become essential, which use new technologies to offer real smart solutions and not only “lights and colors” that surprise the clients just one time. This is the world of integration, contamination of tools and information, of the Internet of Things. It goes from augmented reality to RFID (Radio Frequency Identification) based on on air diffusion of electromagnetic waves, used by Zara, for example, in the first pop-up store in the big shopping mall Westfield Stratford City in London.

If purchasing habits are changing, we cannot but be flexible. In fact this is not a choice, but a necessity. Charles Darwin, indeed, the theorist of evolution, used to repeat: “It is not the strongest of the species that survives, nor the most intelligent that survives. It is the one that is most adaptable to change".