Sport and Sustainability: the future will be even more Green 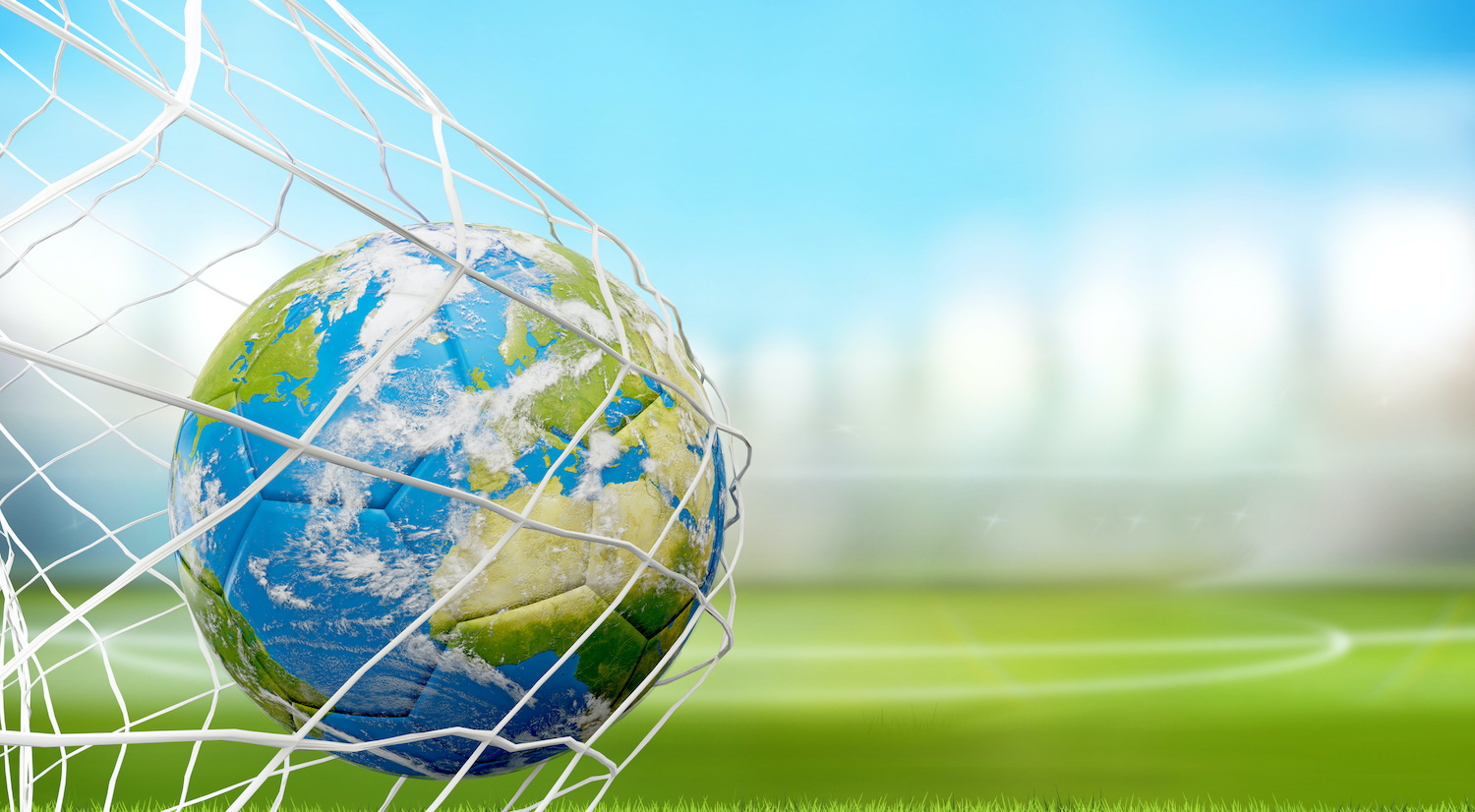 Nowadays, climate change is a current topic that every government around the world is trying to face focusing on the concept of sustainability which is the only possible solution.

Due to the pandemic, people’s attention on environmental and social issues is increasing. For example, we have figured out how forced lockdowns have contributed to a considerable decrease in cities’ pollution levels.

The fight against climate change and the parallel implementation of a sustainable living project in our society are involving all sectors. Everyone must play his role, indeed, if we desire to have a future on our planet.

Fortunately, sports is moving its first steps towards a sustainable future and many sports associations are building their projects on environmental sustainability with a twofold purpose: as sports club with a relevant influence locally and on their supporters, sports associations can play a big role in raising awareness on these issues and as companies, they have to do their part to reach the goals imposed by their sector.

Juventus is accepting a commitment for the environment with a project in collaboration with One Tree Planted through which the club will plant 200 trees for every goal scored by the team, generating a positive impact on the planet. The bianconeri club is one of the first to commit to a sustainable future by choosing to focus its actions and investments fighting the Carbon Footprint of the club, focusing on renewable energies and sustainable management of waste. Moreover, on Climate Change - Sport for Climate Action an international treaty on fights against climate change which see among the parties FIFA, UEFA and IOC (International Olympic Committee).

Udinese as well as the Dacia Arena shows its commitment to environmental sustainability, reaching a zero impact for electricity and natural gas supplies thanks to the partnership with Blueprint Group, an energy partner which powers the stadium with 100% renewable electricity and zero impact natural gas supplies. Additionally, the club is planning an energy qualification project that aims to make the Dacia Arena a structure with zero environmental impact and consumption efficiency.

The most extraordinary example of a sustainable stadium comes from overseas, precisely from Taiwan with the Kaohsiung World Stadium designed by the Japanese architect Toyo Ito and his staff. 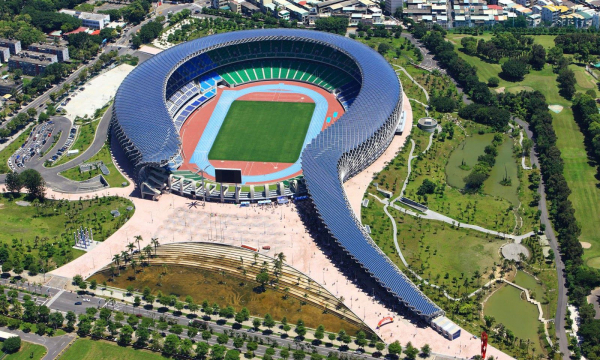 The special feature that makes it special is the fact that is built with recycled materials and is entirely powered with solar energy. The structure can host 55 thousand spectators and counts 8.844 solar panels installed on the roof which produce around 1,14 million kWh per year and need to illuminate the structure and run the maxi screen inside the venue. When the stadium is not in use, and consequently a big amount of untapped energy is produced, the government of Taiwan sells the extra energy generating an environmental saving of about 600 tones of CO2 per year.

Another virtuous example arises from running: the New York City Marathon since 2019 has been the biggest in the world with 53.627 participants to cross the finish line. Particularly massive the amount of disposable clothes such as, pile, jackets, hats, sleeping bags which people used to keep them warm before the competition. A no-profit society and NYC Marathon’s partner, the Goodwill NYNJ, was in charge to reuse those clothes (with a total weight of 55.638 kg) of the value of 138.000€ distributing them in their retail stores.

London Marathon, instead, in 2019 as well, found a sustainable solution to disposable glasses and plastic: to quench athletes during the race, they used an edible and biodegradable in 4-6 weeks spherical packaging based on seaweed, produced in Japan. According to Telegraph, about 30.000 of those capsules have been distributed saving more than 215.000 plastic bottles. 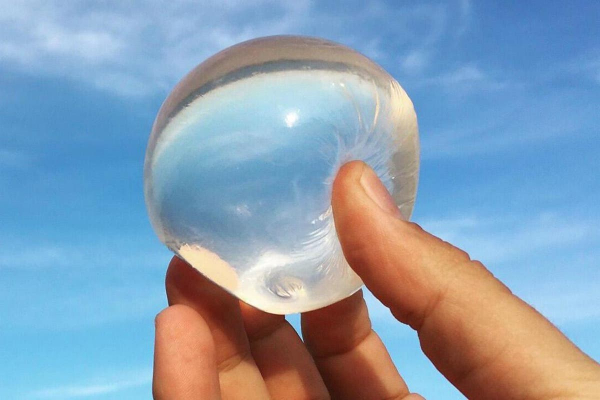 In Italy as well we have started to move our first green steps in the marathon’s world: Milano Marathon in 2013 and 2015 has already gained from Council for Responsible Sport the certification of sustainable event, reaching in 2015 the gold standard.

The measures to keep into consideration are:

Furthermore, during the years, also sponsors are approaching to sustainable events sharing cutting-edge themes such as safeguarding of the environment and helping in realizing virtuous events environmentally friendly.

The commitment of the International Olympic Committee

On the same topics, the IOC has recently expressed its point of view through a statement that announces that they will reduce polluting gases emissions to 45% by 2030. Moreover, they are targeting to be “climate positive” by 2024 removing more carbon emissions from the atmosphere than the amount produced, in line with the Paris Agreement. At Tokyo Olympic Games we have already seen hydrogen-powered vehicles, Olympic medals created from recycled mobile phones and podiums created from plastic waste donated by the population. In the same way, for the winter Olympics in Beijing in 2022, the mission is to use 100% renewable energies, using refrigeration systems for ice rinks with zero or low CO2 emissions. For the summer Olympics in Paris in 2024, the goal is instead to use the 95% of pre-existing venues to host competitions keeping in mind the same goal to reduce and eliminate carbon emissions. With the summer Olympic Games Los Angeles 2028 they will even utilize 100% of existing sport facilities without anything being built.

A Sports & Environment alliance is possible

The goal is about spreading the idea to set up sporting competitions thinking about reducing and offsetting polluting emissions generated from transport or utilised materials. The redevelopment of sports buildings will be paramount as well as focusing on sustainable mobility and putting the life quality as a top priority when organizing a sports event. If we want that environmental and social commitment will be recognized and shared from the society, we need to implement a specific communication campaign supporting events as well as a particular study to a sustainable event. In addition, it will be necessary to keep going with the awareness-raising process among the population and to promote synergies between sports and local administrations to work together towards a common goal.