Women, sport and gender equality: where are we? 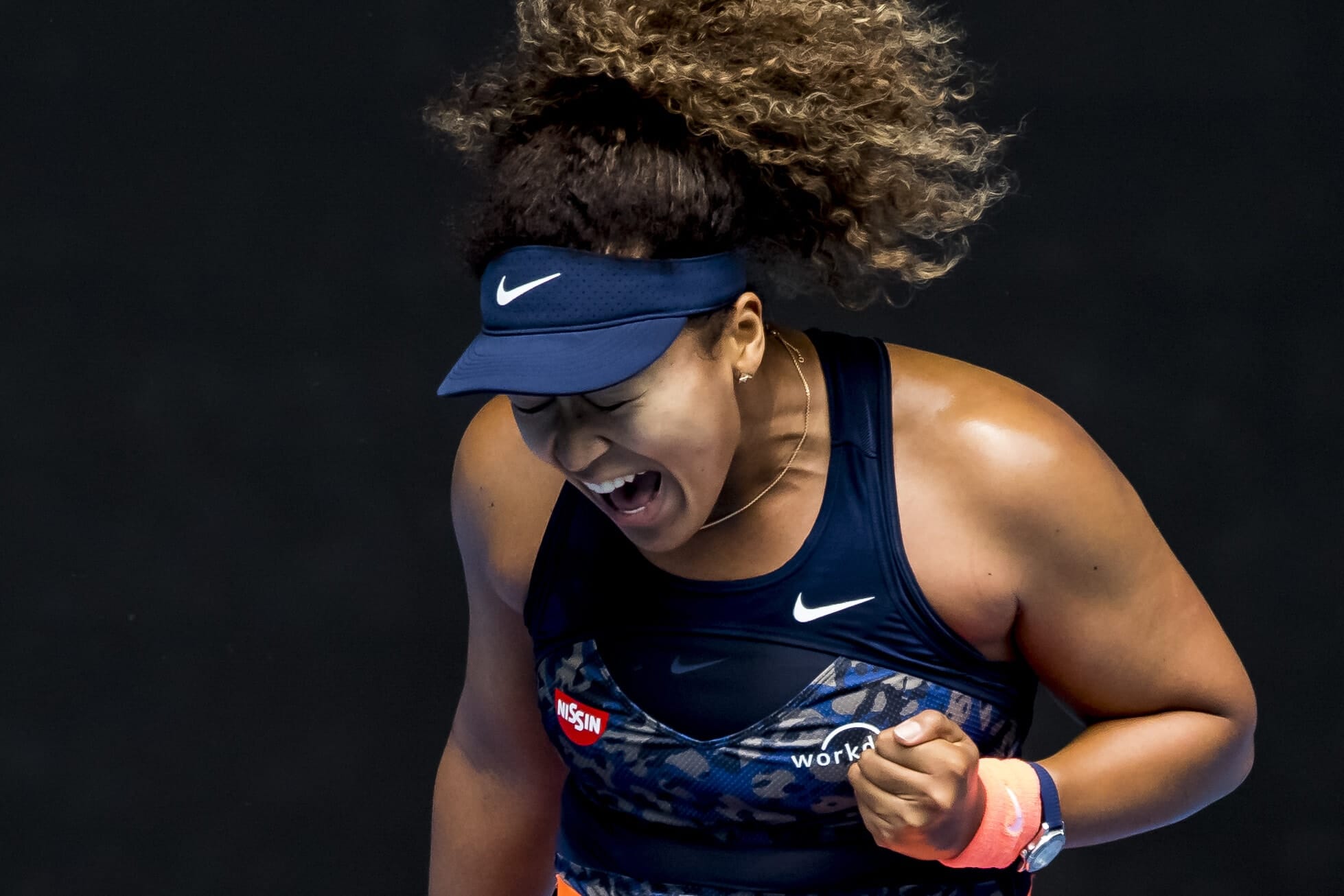 Leadership and the decisional process are amongst the main challenges that sport has to face in terms of gender equality. The idea of gender equity is shared by many and often mentioned in several institutional documents but rarely is reflected in the real world.

In Italy, over 44 sports federations there is only one woman at the top, the newly elected Antonella Granata, the first woman president of a national sports federation in history, Squash. In addition, the federation’s woman deputy presidents have recently grown from 4 to 13, but the quotas for women’s number with effective decision-making power is still very low. Unfortunately, in Europe, the situation from this perspective is critical as well, with just one woman president (Hockey) versus 27 men.

The IOC (International Olympic Committee) is working to reach the goal of gender equality at the Olympic Games Paris 2024. At the Tokyo 2020 Olympics, the 49% of female athletes was achieved. Following the recent IOC statement in terms of gender equality, as it stands, women represent 37.5 per cent among the IOC members, 33.3 per cent in the IOC Executive Board (versus 26.6 per cent pre-Olympic Agenda 2020), the 47.8 per cent among the members of the IOC’s commissions, (20.3 per cent pre-Olympic Agenda 2020) and the female employees in the IOC administration are the 53 per cent.

Concerning sports played, the women’s movement is growing overall. To lead the way there is women’s football which visibility has recorded strong growth in Italy, especially after the 2019 World Cup that was broadcasted for the first time in primetime on Rai 1. The attention to the national team’s girls of Milena Bartolini is getting bigger: they are ready to make us live again the emotions of two years ago, owing to the qualification in the upcoming Euro 2022 in England. At the same time, women’s football players are lately achieving greater visibility: for example, in the Serie A clubs, they are finally alongside men colleagues in the unveiling of the new season kit. However, there’s a long way to go. The visibility offered on media at the male side of the sport is still prevailing.

The winter sports athletes are the undisputed protagonists of the Italian female sports scenario. Because of their talent and the relevant victories collected during the last years in the World Cup in Alpine Ski by Sofia Goggia, Marta Bassino and Federica Brignone, in Biathlon by Dorothea Wierer, in the short track by Arianna Fontana and by Micaela Moioli in snowboard, they are followed by an ever-wider audience. Not to mention that the snow golden girls have been ambassadors for the Olympic bid Milano-Cortina 2026, not only proving sportive merit but also effective communication and engagement skills. 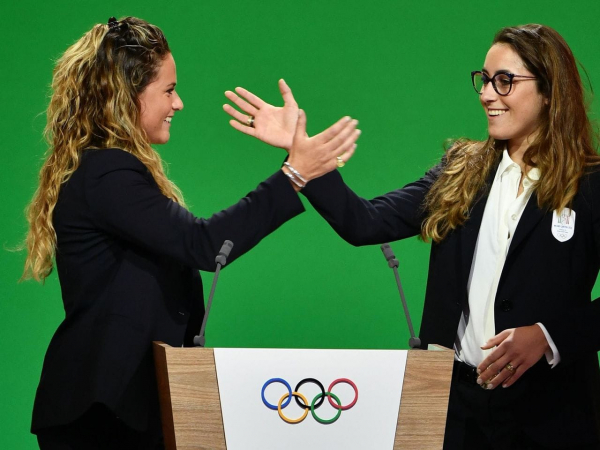 A gender equality related subject is certainly the pay gap, that is the difference in remuneration for female athletes which is frequently lower than the male counterpart. According to a recent Deloitte’s report, the sports gender gap is going to dwindle, slowly but is going to happen.

Female sport is ready for greater monetization if a few key elements will take shape. One of the challenges is about attracting more audience to different female sports events at the stadium or on TV. As a result, the visibility and the value in terms of sponsorships will grow. To make all this happen, the entire sports sector, namely federations, leagues, teams and sponsors, have to invest to create more opportunities for female sports which could consequently show all its market value.

Unfortunately, in sports an equal economic recognition among men and women is rare. An example in this term comes from Tennis, in which at least the Grand Slam tournaments have the same prize money both for the female and the male events. Tennis is also the only sport to bring together the merely two female athletes included in the list of the highest-paid athletes in the world, namely Naomi Osaka and Serena Williams.  Looking at Forbes’ data, there is a considerable gap between the world most-paid male and female athletes: there’s a 120M difference between Conor McGregor and Naomi Osaka. The Japanese tennis player with 60M earnings is holding the record of most paid women’s athlete. Furthermore, curious to see that there is variance amongst the sports played by the first 10 male athletes: MMA, soccer, basketball, tennis, Formula 1, football. On the other hand, for women, the only leading sport that might compete with the extraordinary earnings coming from men seems to be tennis.

By a CONI research, Italian sports has a very low level of female participation in leadership roles, lower than 10%. A relevant issue involves female leadership in sports, not in the field of play, but in the decision-making processes. The matter is very well explored by Step Up Equality, a project lead on a European level.

According to their studies, the limitation in place come from both structural barriers through discriminatory norms, values and institutional practices and attitudes and gender stereotypes. Many women have overcome these obstacles reaching relevant achievements, led society and fostering change.

For its values and features, sports represent one of the paths for attaining women empowerment. Sports indeed is the mouthpiece of a series of principles and teachings, such as self-confidence and sacrifice to reach a goal which can be success factors in the working field. Sports could be an ally to help women became aware of their potential and skills, and once reaching this kind of awareness, they could break down every barrier.

Nowadays, young women find in female athletes the ideals of femininity, grit, character and power. These are positive examples from which taking inspiration and motivation. Female athletes and their values should lead young women to get involved in any field they desire.

The role of media

Media play an essential role in the growth of women’s sports.

Not so long ago, sports’ storytelling was almost exclusively focused on the male part, leaving out too often female sports’ results or stories. Most likely, this is because the great majority of sports journalists are men. A summary of the European Parliament Research Service states that: “sports journalism in the print media is often a ’man’s world, with over 90 % of the articles being written by male journalists”. In this regard, an interesting IOC’s study about the 2018 PyeongChang Winter Olympics had brought out how on 2842 journalists only 19.1% were women.

Today, thankfully, something is slowly changing: more space is dedicated to women’s sports results and to explore female athletes’ life which is frequently very inspiring. The Telegraph, for example, launched Telegraph Women’s Sport, a platform dedicated to women’s sports coverage and a significant showcase of insights. The goal is to boost visibility, celebrate female athletes, expand the audience and attract more sponsors.

Thus, media could be one of the driving forces towards female sports’ evolution and the growth of all sports movements.

The response of brands

Brands working in the sports industry are making efforts to support female athletes.

Adidas, for example, is keeping its commitment to women empowerment with the campaign “Watch Us Move” to celebrate and assist women in every part of the world, any age, body, race or religion. This project includes an activewear line developed after a study on women’s bodies to meet their needs.

Surely, Adidas is not the only brand to act in this direction, considering that women are gaining an ever-wider market share. Women, indeed, represent a lucrative customer segment if we consider they are often both final consumers and buyers for the rest of the family.

Brands’ communication has changed, the sportswoman’s image that wants only to reach a perfect body is not encouraged anymore. Brands are trying to lead the audience to appreciate human values, physical well-being and health before anything else.

Therefore, women’s sport has enormous room for growth and clearly, there’s an unexploited interest in female’s athletes. The realization of this potential should lead towards increasing investments in women’s teams and sponsorship agreements, inspiring consequently many more girls to compete at the highest level. If women’s sport grows thus the entire sports movement does, generating more revenues and new opportunities.