How music festivals have become fertile ground for fashion brands 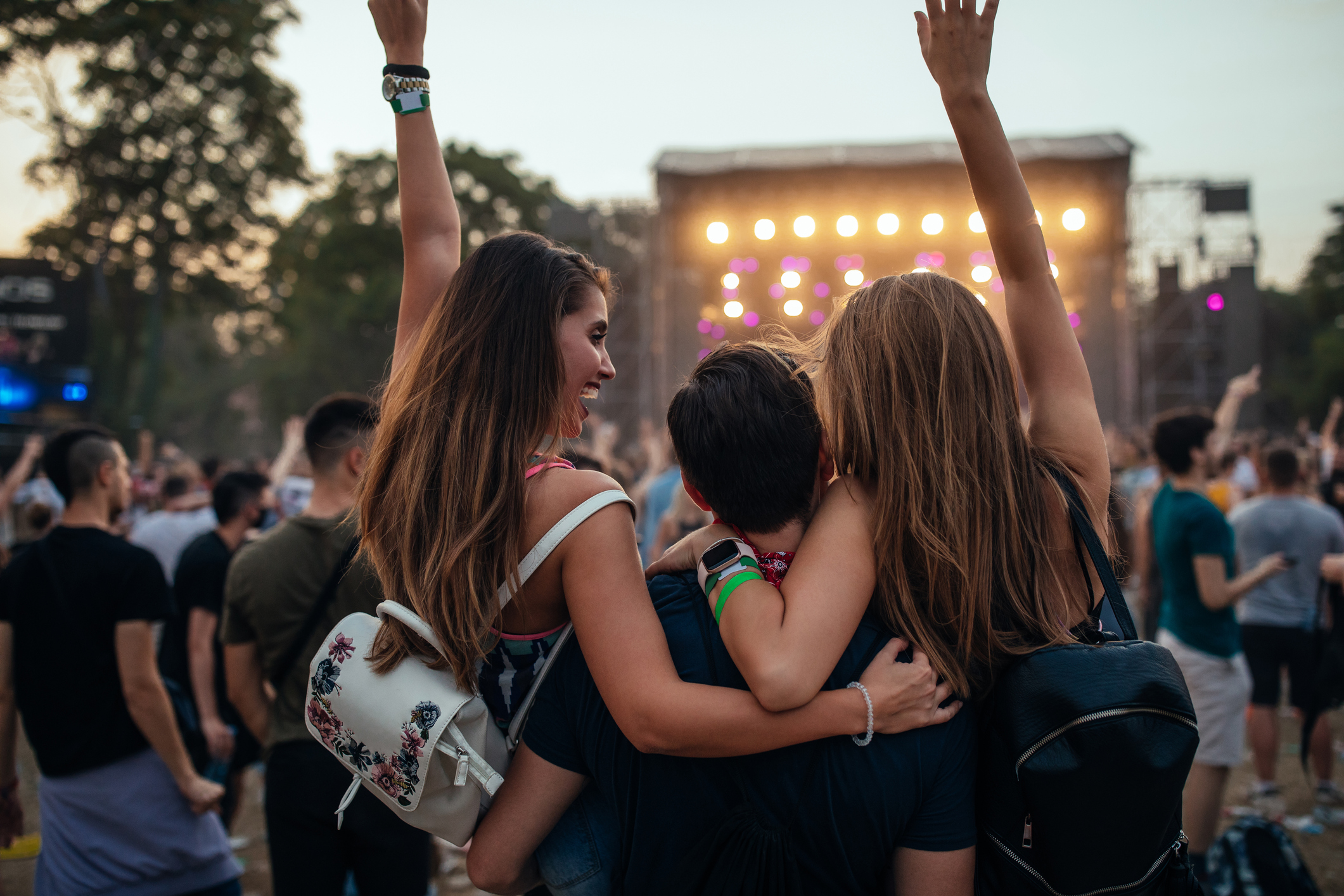 Once upon a time in Woodstock

There was a time when the words “rock festival” called to mind Woodstock and its participants covered with mold; nowadays the term festival is associated to images of supermodels all dolled up for the Coachella. It is self-evident that something has changed in the way music festivals are conceived (and advertised); at the same time a change has occurred also in the way the world of fashion approaches these great events. 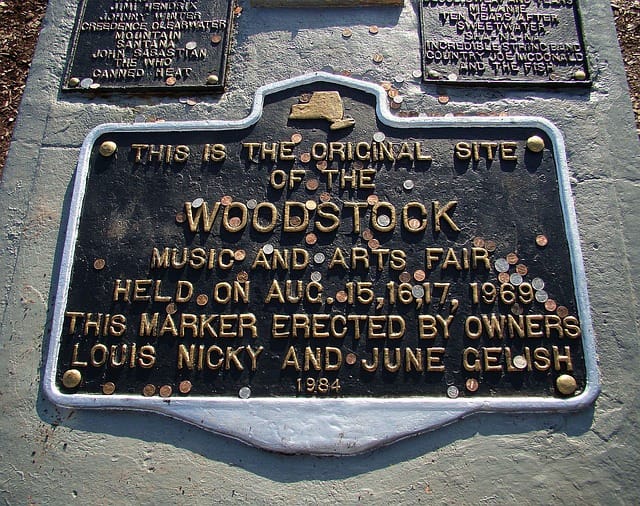 Music and fashion have always been connected to each other - everyone knows that - but rock festivals have always been something different, a world apart where music is the only player and all the rest is secondary. In the last few years this has changed and festivals have become fashionable events. You only need to look at the advertising campaigns and product lines of both popular and exclusive brands to realize that something is changing.

Music and fashion - the metamorphosis of an ancient bond

Music and fashion are two worlds that have often met in history. One name might be enough: Vivienne Westwood, the catwalk designer, who can take part in fashion events together with Armani, Christian Dior and Dolce e Gabbana although she is known also for being the paladine and creator of punk style. Westwood, however, is not the only example of bond between fashion and music: in her case it is the designer that creates a style that identifies itself with a music genre, in other cases musicians launch new styles, affect positively a brand (as happened with Run DMC and Adidas) or they become ambassadors of fashion brands and houses. In Italy an evidence of this is given by Baustelle, a very stylish band that did not resist Gucci’s call: the singer of the band, Francesco Bianconi, has even become a model and walked the catwalk for the brand.

On the other hand music, genres, singers and bands are often subject to trends; moreover, musicians become such important benchmarks for fans that they succeed in influencing them also in the way they dress, as if this could build a visible and recognizable bond between idols and fans: people listening to metal music, for example, wear certain types of clothes, punk passionates can be easily recognized in virtue of their look, and so on. This might be the reason why brands and designers often choose singers and musicians as their own ambassadors, as has happened with Rihanna, who became the face of fashion houses as important as Dior and Armani Jeans, of Justin Bieber with Calvin Klein, and of Miley Cyrus, the star of a Calzedonia campaign.

As a consequence, at a first glance the fact that big rock festivals have become fashionable events does not sound strange. However, if you look deeper into this, you will find out that this is a noteworthy change. The cases we have just taken into consideration concern singers and musicians that are seen as fashion icons, and they were seen like that also before their faces were associated to a given fashion brand. Celebs like Rihanna, Justin Bieber and Miley Cyrus have built part of their success also on a precise study of their image, on their looks, on the reactions caused by the way they dress and so on. In other words, maybe the passage from music stars to fashion icons wasn’t automatic, but certainly it was very natural. But what about rock festivals? If you are a regular of summer festivals and rock concerts you know well that the image is not a priority in this context. The most important thing is being comfortable and wearing clothes that allow you to face heat, rain and mud, as well as other people pushing you and treading on your foot. This is not exactly the look chosen by Chiara Ferragni at the Coachella Festival, with fishnet dress and a very small Louis Vuitton backpack.

There’s also something more to say: it is true that a music genre can be reflected also by the clothes you wear, but in this case clothes define a precise music passion, excluding all the rest and becoming an exclusive peculiarity of a given group of people. This is exactly the opposite of what big low cost clothing chains do, as they create clothes for all. In spite of that, festivals have recently become fertile ground for marketing and advertising campaigns for fashion houses at all levels, from low cost brands like Tezenis (which launched a festival inspired line) to Moschino, which presented the new collection inspired to Candy Crush during the Coachella festival.

H&M and Coachella: the festival look is served

The most emblematic case, in this sense, is given by H&M. The Swedish low cost clothing chain has built a collaboration with the Coachella festival (which has become one of the most fashionable events in the world) and for years it has produced special collections characterized by fringes, waistcoats, tops and everything you can expect from a stereotyped festival look. 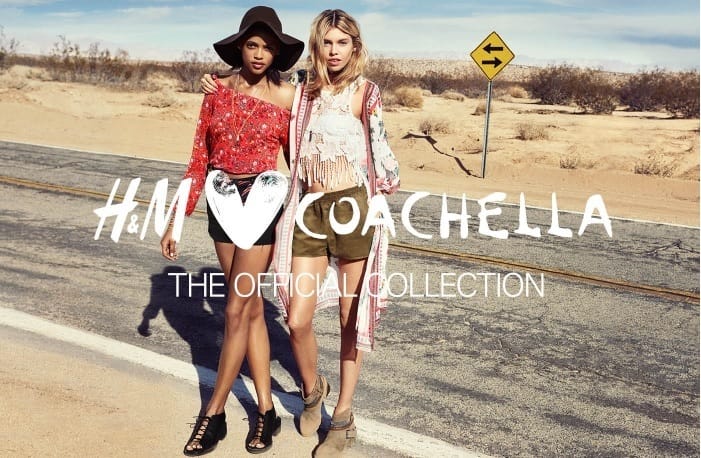 All the fashion brands, from the most popular to the most exclusive ones, have understood the potentials of festivals in terms of marketing and branding. How could this happen? It is not so easy to answer this question. What is certain is that the world of festivals, in recent times, has changed and become more “comfortable” that in the past, and in some cases these “comforts” can be bought. In this sense the world of festivals has become also less democratic (a festival should be union) and much more elitist. VIP accesses, exclusive passes, first line payed with money and not gained after a long await…all these things are turning part of festivals into events for rich people or at least into events where you can buy some comforts giving up the “dirty” spirit of festivals. In a context like this, the presence of supermodels wearing Louis Vuitton clothes certainly clashes less.

What came first? Were the festivals the first to become comfortable and attract clients that are more interested in their image rather than in music, or have fashion brands turned festivals into events where the fashion feature is getting more and more important? Probably the two phenomena have been going hand in hand: on the one hand, the festival organizers’ need to make money, on the other hand, fashion brands have sensed a target with good potentials and a fertile ground where to invest with special campaigns and clothing lines, transforming music festivals in worldly, social and media events.