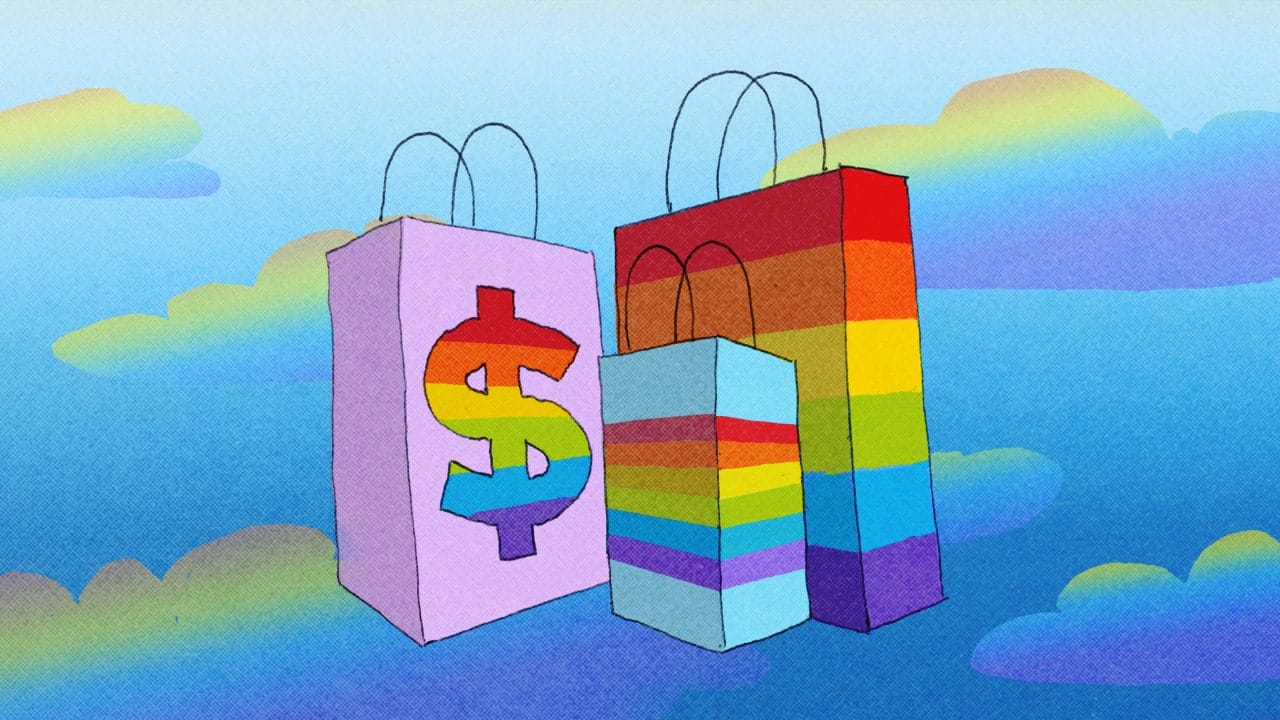 As every year, Pride Month was celebrated during the month of June as a tribute to the famous Stonewall riots. A month in which the international LGBTQIA+ community decided to celebrate their pride, their rights and the ongoing struggles to obtain them. Publicly hindered by certain sectors of society close to specific areas of politics and religion, the month of Pride, thanks to social networks, has once again been the litmus test of today’s society. Once again a part of companies has worked to support LGBTQIA+ requests, between sincere and non-sincere support.

In recent years, in conjunction with Pride Month, a well-known marketing strategy has increasingly taken hold, aimed at bringing brands closer to the aforementioned instances. These strategies have often achieved a completely negative impact on the brand image. In these cases we talk about rainbow washing.

Rainbow washing is a well-known neologism, aimed at indicating the juxtaposition of a brand to the cause as a simple means of increasing sales. During the month of June we have seen numerous logos taking rainbow hues, countless brands have created ritual merchandise, dedicated collections, limited editions and rainbow customizations. Companies have understood that during Pride Month the LGBTQIA+ community, and those who support it, make purchases, many purchases, and have decided to show off their support with a view to monetizing. According to Forbes, the LGBTQ+ community holds a combined buying power of approximately $ 3.7 trillion. A MarketingMag study states that almost 70% of homosexuals admitted to being positively influenced by ads that contain gay and lesbian imagery.

An emblematic case: the flop of Marks & Spencer

It is known the case of Marks & Spencer, the British supermarket chain that launched the LGBT Sandwich a few years ago, a sandwich filled with Lettuce, Gucamole, Bacon and Tomato— precisely LGBT— packaged in a rainbow-colored packaging. A variant of one of the traditional sandwiches, with the addition of an ingredient in order to compose the exact acronym. 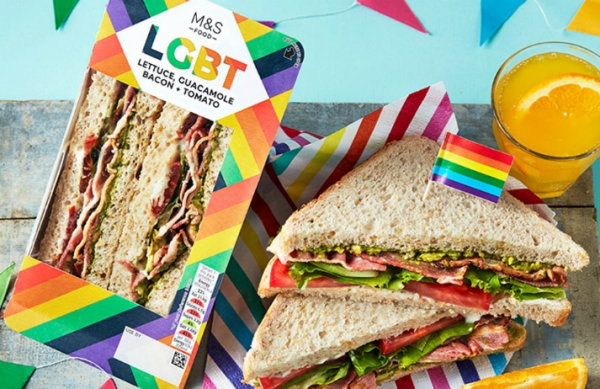 Although part of the proceeds from the sale went to charities that work in favor of the LGBT community, much criticism was received. The initiative, trivializing such a delicate issue and having the effect of ridiculing it, was recognized as a mere commercial operation aimed at exploiting the attention generated by Pride Month. The case of Marks & Spencer is the exact demonstration of how approaching a cause is a delicate tactic, not free from risks. 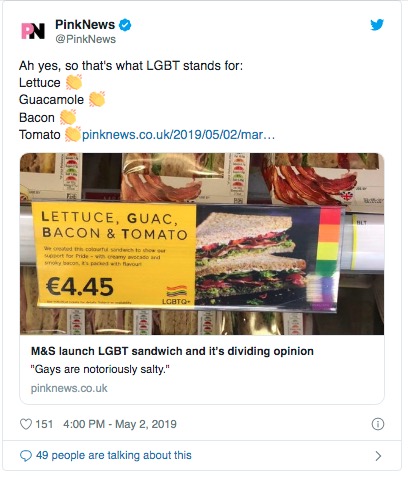 How then can a brand approach the cause in social networks?

What exactly distinguishes a winning approach from one destined to fail? First of all, when the support is purely performative, it certainly cannot be called support. Marketing the LGBTQIA+ cause is not synonymous with supporting it and the followers, who have become increasingly aware, have no difficulty in understanding it. It is not difficult for the consumer to verify if the support is sincere and not a simple marketing strategy, if company policies contribute to the issue and if there is a positive and real impact not only on the brand, but also on the cause itself. The inflated rhetoric of love is love, with logos and covers that for a month are tinged with rainbow colors but return the same with the arrival of July, overshadows everything else. As Enrico Gullo perfectly summarized on Gaypost “The problem with all this is that whole pieces of LGBTQIA+ claim are left out”. Are then hypocrisy and incorrect management of some enough to say no to everyone? It is certain that those who "vote" for a cause will gain visibility, widen their audience and increase sales, but it is also necessary to recognize that companies are not neutral entities, they have their own responsibility in matters of inclusion. As a general rule, therefore, if a company or a brand intend to approach the support of the LGBTQIA+ community in their social networks, they must ensure that:

There are brands that have always been on the front line alongside the minority, such as Coca-Cola. For years, the brand has shaped its identity in an ideologically committed, plural, innovative key, for years it has decided to financially support Pride as an official sponsor and the launch in Hungary of a campaign against homophobia dates back to 2020. 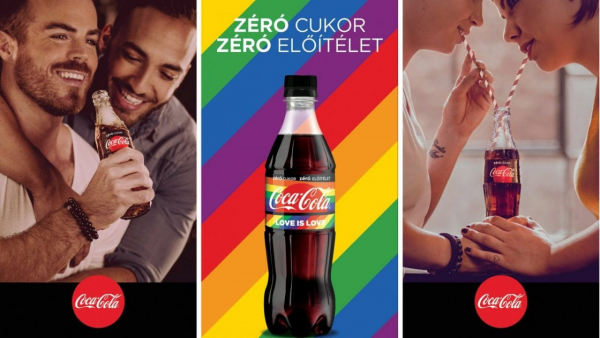 Being an engagé company is also one of the distinctive traits of Ikea, a brand that has always revealed its inclusive and plural mission and which, in contrast to the predominant rhetoric centered on a stereotyped tradition, has founded its own narrative on equality and on the beauty of diversity, with promotional campaigns aimed at overturning the cliché that surrounds the family icon par excellence, the home. 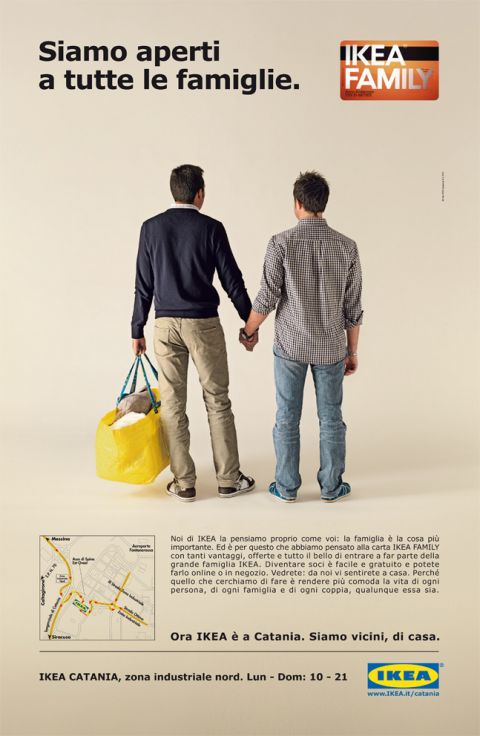 For years, the Swedish multinational has advocated Quore — an association that deals with co-housing for LGBT people expelled from families — and wanted to give, together with other companies and Third Sector organizations, economic contributions also to the first halfway house made in Turin.

The role of communication

Whether or not one takes sides in favor of certain social stances, it is well known that digital communication is a tool that today allows us to reach everyone and transmit important messages. A digital strategy, however, is not enough, the real difference is made by a strategy that is born within brands and companies and constantly accompanies them.