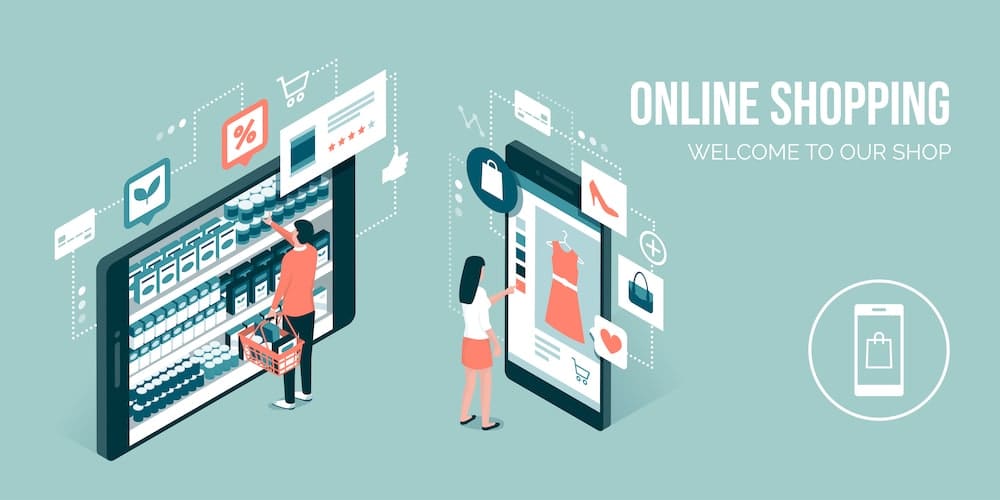 Federico Corradini (CEO and Founder of XChannel) had announced it in March, “We are living in an epochal change concerning the customers here in Italy. (...) The shift of consumption towards new digital channels has just begun”.

Four months later we can state with certainty that the trend has seen a consolidation in the change of shopping habits, as confirmed by a McKinsey survey whose chart shows that the percentage of people who will no longer go to a store or a shopping centre is 7-20% higher than the percentage of those who plan to return to their old habits. 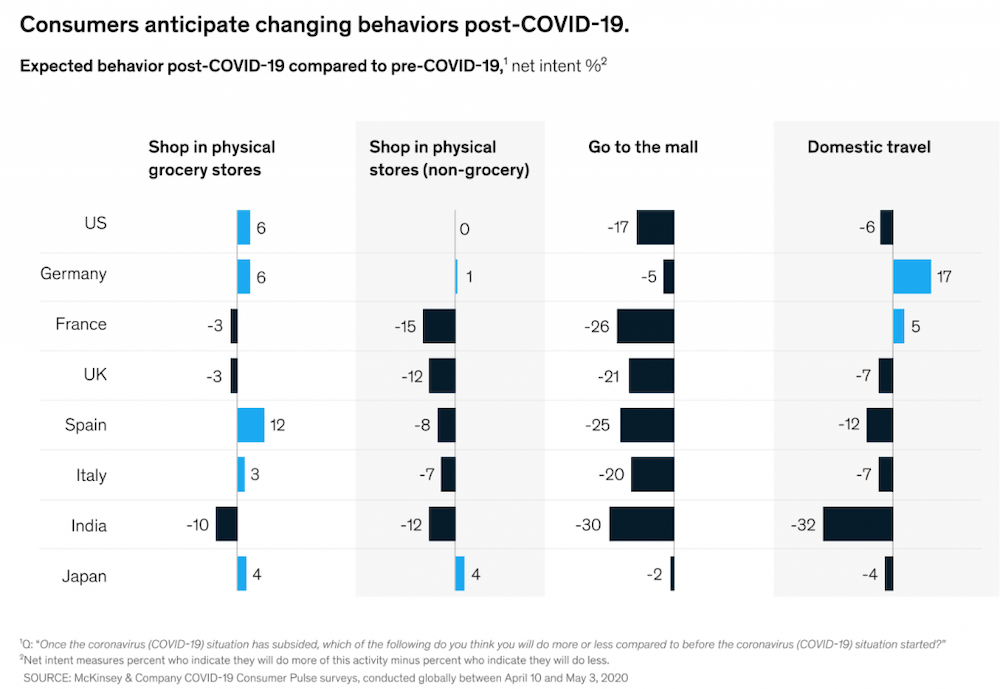 The change in trend does not only concern numbers (the average receipt has increased in online purchases) but also the introduction of new targets that have so far remained on the margins of a multichannel approach mainly predominant among young people: seniors are entering the game with their purchasing potential.

If getting in touch with e-commerce and online shopping was a necessity, staying in touch and becoming loyal users is a question of how the market will respond to their needs, creating tools able to adapt and learn from the consumer, data-driven sites with graphics customized according to different age groups and and the resulting different uses.

"eCommerce should not only be considered as a sales channel, but as a true media with other added values, starting with the collection of customer information," underlines Stefano Cini (eCommerce and marketing analytics director of Nielsen), who adds in his speech to the webinar organized by Retail Institute on June 12: "It's not enough to open an online site to do eCommerce, but you have to reason about distinctive positioning."

When a problem turns into an opportunity

If in these first months of reaction to the lockdown it was the finance which gave answers (more or less timely) to the crisis of companies, some scenarios are now opening up. It will be the combination of flexible strategies and innovation that will be able to guarantee the survival of many realities, as sustained by the president  as sustained by the President of Federdistribuzione, Claudio Gradara, at the General States of the economy: "...the pandemic has reset the distances and placed everyone on the same starting line. There will be a new competition, really different from the previous prolongation of acquired positions".

It had already emerged in 2018 with Kotler and it is now reconfirmed today: it is the company that listens to the sentiment of the market, to user’s needs and which tries to conceive products that meet those needs, adopting Outside-In politics so that it is no longer the consumer who aligns himself with the policies of the large retailers.

Despite the incredible increase in online purchases caused by the lockdown, which sees an increase in the digital audience of a percentage between 60% and 118% (Source: Audiweb, Nielsen), there is still ample room for growth. Italy, for example, has an internet penetration rate which is lower than the European average: 85% vs 90.0% in the EU (Source: Eurostat 2019) and a conversion rate from a search or an advertisement of 0.99%, a rate that currently ranks us below the average.

The chart below shows Nielsen data about the rates of potential, unmet and unfulfilled demand: 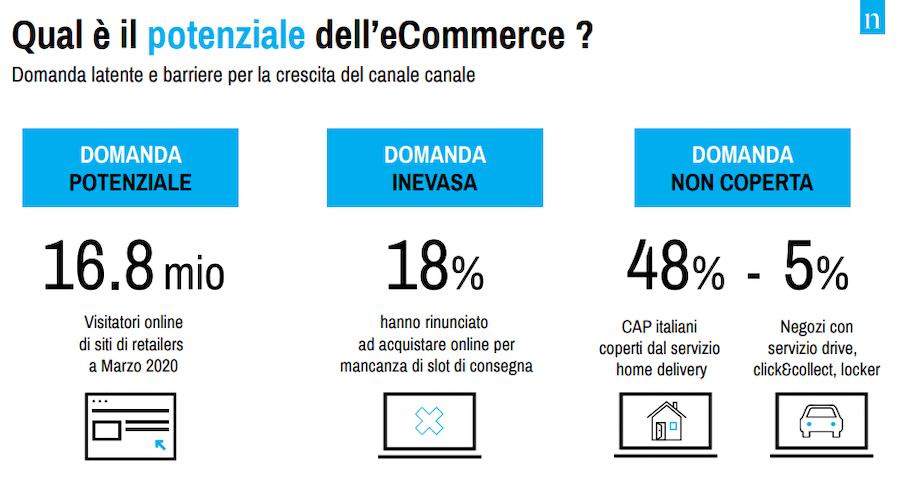 The challenge for the future therefore relies on 4 aspects which will have to work together in order to produce a winning and consolidated result:

- New eCommerce models studied to learn about all target groups and to adapt to them.

- Increase in digitization and internet penetration on the whole national territory.

- Multichannel strategies to build user loyalty at whatever touch point he or she prefers, whether the customer is a loyal in-store consumer or a newcomer to online shopping.

- New logistics management politics to respond to a market that now makes of the immediacy its point of strength.

If companies can interpret the needs of a society that has undergone an abnormal acceleration in its shopping behaviour, they will be able to pass the storm and gain an advantage over competitors who were previously unattainable.