Biathlon in the focus of advertisers 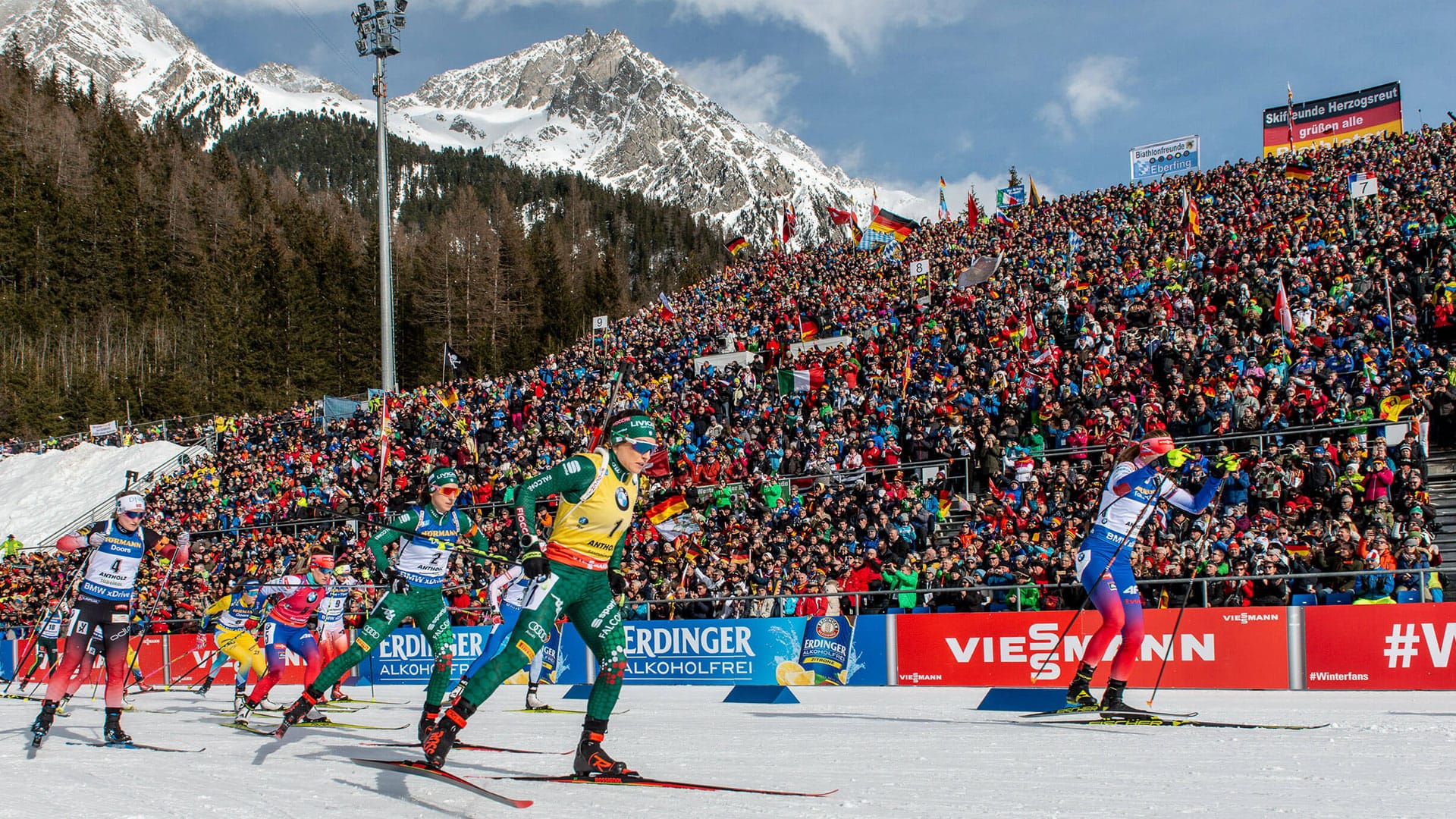 Cross-country skiing and rifle shooting. Lets start from here, describing Biathlon with a simplification. A niche sport that is experiencing an exponential growth in terms of participation and visibility, a discipline that can attract spectators, media and sponsors from all over the world and offer a preferential access channel to the markets of north-central Europe to Italian advertisers.

Some rock engravings dating back to 5000 years ago found in Norway reveal the ancient origins of Biathlon: primitive men with rudimentary skis and weapons, stationed in the snow during a hunting session.

To find to the first biathlon competition as we know it nowadays, however, we must go back to 1767, when two border regiments faced each other on the border between Sweden and Norway.  From survival practice, Biathlon had become a military discipline and will remain so for other two centuries. The first sports competition is dated 1924 (it was a demonstration during the Winter Olympics in Chamonix), but the discipline officially entered the Olympic category in 1960, during the Winter Games of Squaw Valley (US).

A more and more popular sport

With the passing of time biathlon has become a well-known sport, with a growing popularity above all in Europe, where it broke out especially in Scandinavian countries and in the central nations of the old continent, where the morphological conditions of the territory match this discipline better than alpine skiing.

In Germany it is the most popular winter sport, not only on TV, where it has a premium content audience (5 million people followed the World Cup stage in Ruhpolding on TV) but also live, with thousand of families filling the bleachers during the competitions. German people went even beyond that, winning the challenge to take Biathlon to the cities and make it even more accessible to supporters: every year Gelsenkirchen hosts a demonstrative event that fill the Schalke 04 stadium and the surrounding streets with over 60,000 spectators.

Sweden, Norway and Russia represent the hard core of supporters, but in recent years Biathlon has grown a lot also in the Czech Republic, Slovakia, France, Belarus and Ukraine.

The latest World Cup in Hochfilzen was broadcasted on 35 channels of 21 countries, a total of 652 broadcasting hours. The 2017/2018 World Cup was characterized by a +20% audience in comparison to 3 years ago. Also the growth on the web is dizzying: the website biathlonworld.com had almost 5 million unique visits and +73% new visitors last year. The age of the target is notably interesting, equally divided into male and female: over 60% of web users, indeed, are under 35 years old. Last year all the social networks of the IBU (International Biathlon Union) have more than doubled the number of followers: Facebook (+ 103%), Twitter (+ 136%), Instagram (+ 168%), and YouTube (+153%), according to the data communicated by the Federation itself.

Italy and the power of female biathletes

In Italy biathlon has a long tradition but is less popular, due to the concentration of national media on alpine skiing (also thanks to the results achieved by great champions, from icon Alberto Tomba to Serena Goggia, a heroine of our days). Something is changing, though: the bronze medal won by Dominik Windisch and by the Italian relay at the Pyeongchang Olympic Games have finally thrown some light on this discipline also in Italy. Two women in particular are keeping the attention of fans, media and sponsors: Dorothea Wierer and Lisa Vittozzi: currently first and second in the World Cup, both athletes have become authentic icons of the movement that is reaching a great media exposure, above all thanks to them. Just think about the Italian magazine Sportweek that has dedicated a cover and a long article to Dorothea in the January edition. 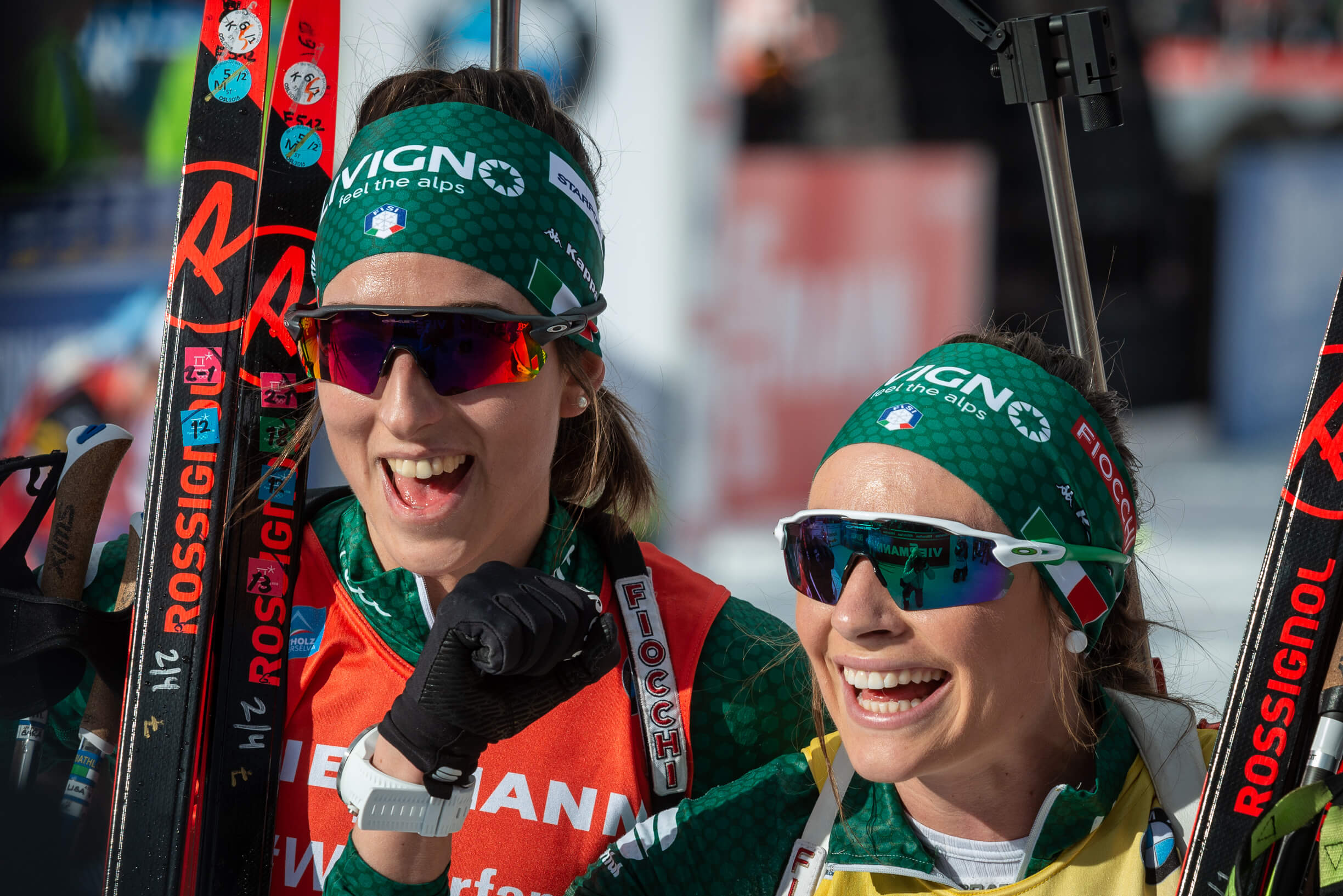 Also from the point of view of participation in the events the trend is growing. In Antholz, in the heart of South Tyrol, over 65,000 people gather to attend the Italian stage of the World Cup: 4 days of sport, fun and passion that are also a great chance in terms of visibility and engagement for the sponsors of the sector. 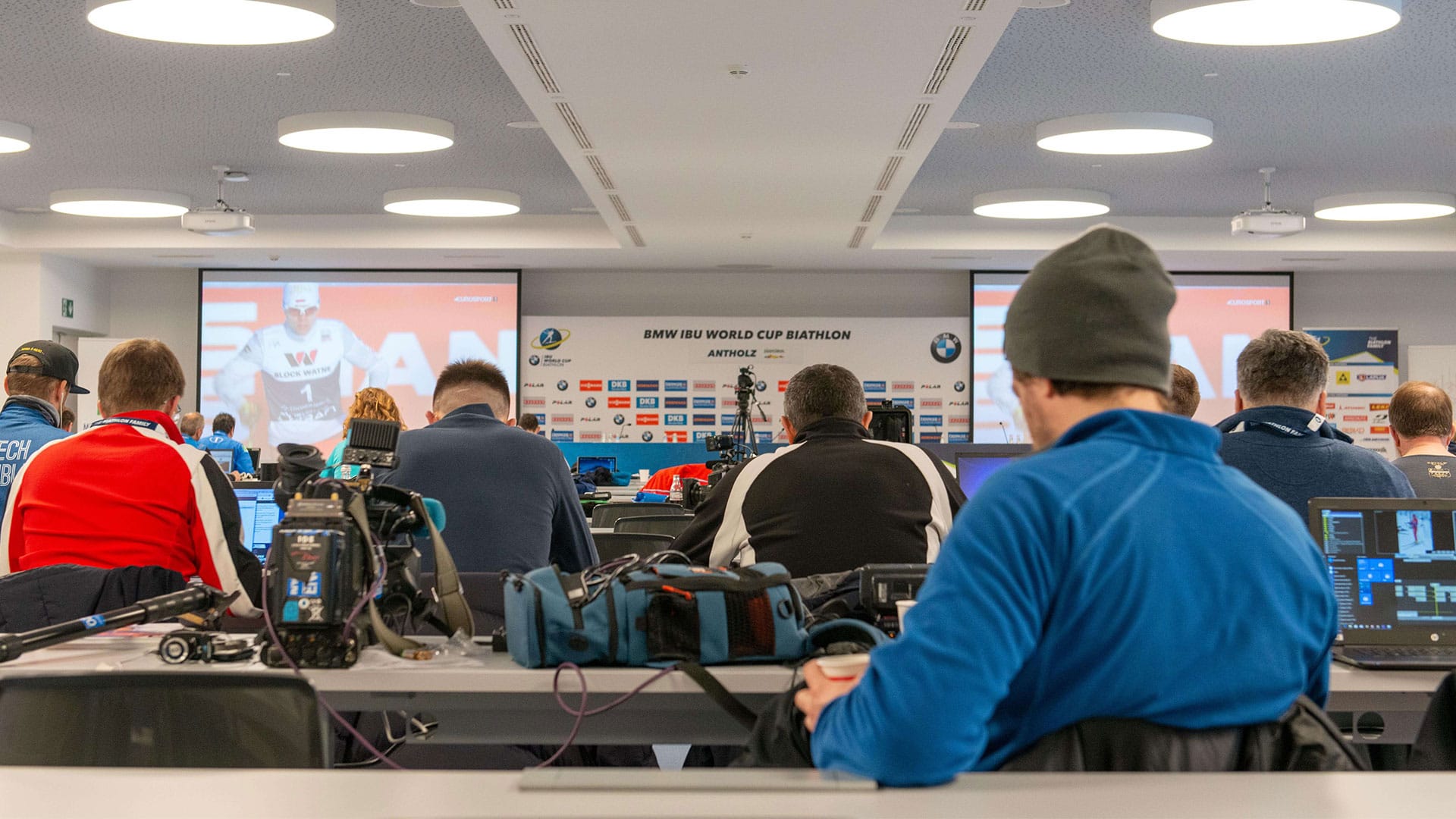 Perfectly in line with the target, the main IBU’s sponsors are German: BMW is the title sponsor of the World Cup; Viessman, DKB and Hormann are just behind and take benefit of the visibility that local media give to the competitions, which are broadcasted live by the main national TV channels. Moreover, live events are an excellent chance of supporters engagement and a unique PR moment for the companies that can use fist-quality services for their stakeholders, both the internal and the external ones.

The Italian prospectives, on the contrary, still need to be explored, above all in view of the World Cup that will be held next year in Antholz. Fiocchi Munizioni, Pirelli, Enervit UYN are already sponsors of FISI (Federazione Italiana Sport Invernali - Italian Winter Sports Federation), but also other companies are beginning to act: Sportful and Karpos, for example, have just signed a three-year agreement that will bind both brands to the Organizing Committee of Antholz. 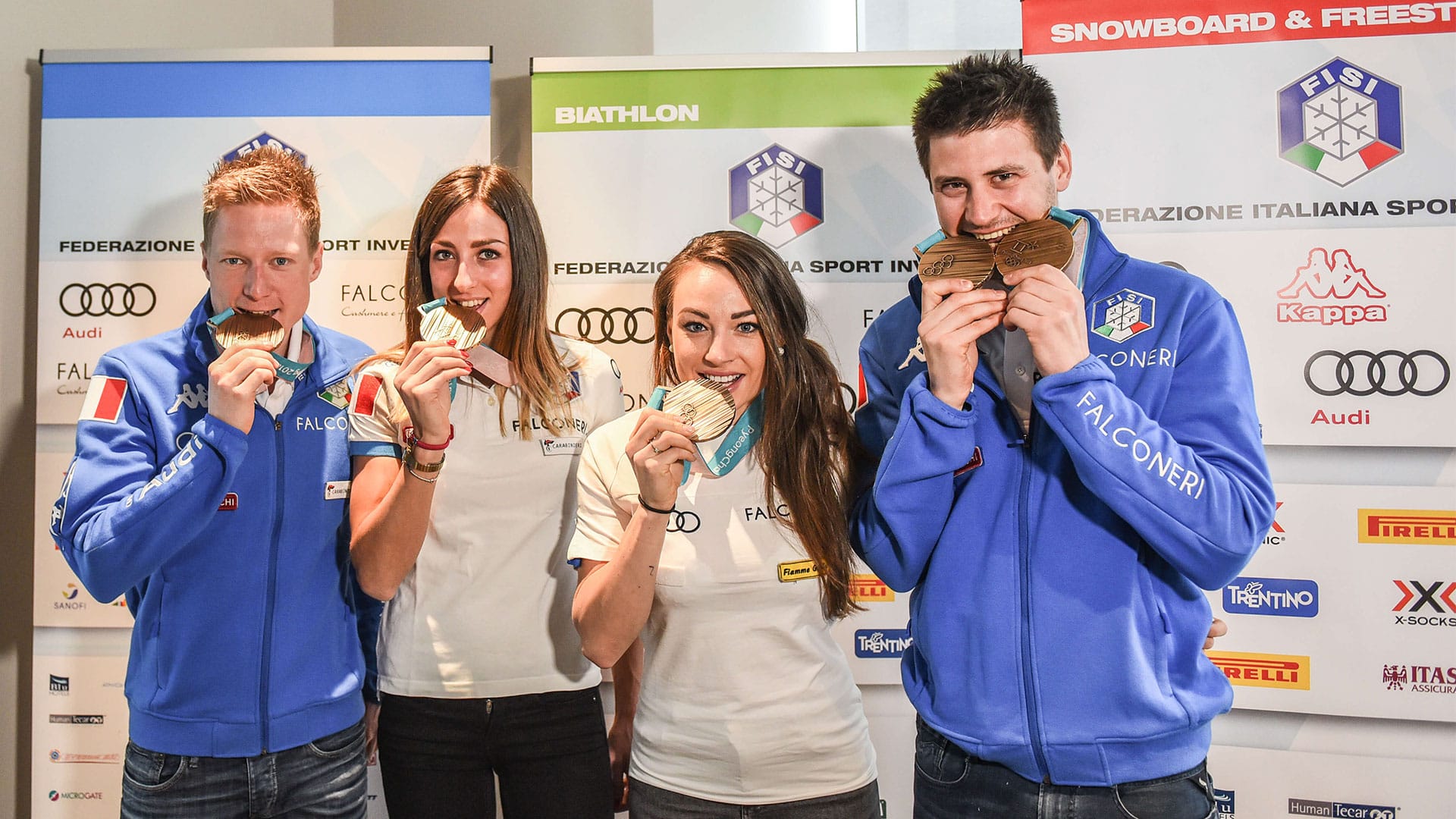 Following the example of Gelsenkirchen and other “sport niches”, some visionaries are already imagining to take biathlon to our cities to make it well-known by the general public and build new business opportunities for sponsors. The candidacy for the 2026 Olympic Games in Milan and Cortina seems propitious for a launch in style. No matter if the Games take place in Italy or elsewhere, in any case the opportunities for Italian advertisers are clear. Biathlon gives access to a target based in north-centre Europe, well segmented and very passionate. The access divers to hits target are numberless: from the International Federation (IBU), which offers several visibility opportunities, to event organizers (like Antholz) and endorsers: the athletes, who are at the same time meaning (success, tenacity) and significant (the smile of Dorothea Wirer and Lisa Vittozzi). The exposition chances are numberless and can be mixed each other and integrated in a wider strategy. Moreover, this sector is still competitive enough, in terms of costs, if compared to other sports. However our prediction is that this situation will not last long: biathlon is already in the focus of many people.

With the collaboration of Marco Dalla Dea