During last February, the National Basketball Association announced it had reached the 1-billion milestone in terms of likes and followers on its digital platforms (which include Chinese channels like Tencent and Sina Weibo along with Facebook, Twitter and Instagram). That pretty much sums up why it is the most dominant sports league digital-wise. How did they reach that? Of course, we should take into consideration the enormous appeal basketball stars have, as they can attract a wide audience not only with their performances, but also with their off-court characters, that has many touch points with music, fashion and socio-politic dynamics. More than that, NBA has understood how many opportunities lie into digital and social media, and they were first in line to try and innovate in any possible way. Now we are going to explore as this ability to anticipate fans’ needs and desires has made the NBA so successful on every social media platform.

Last June, during the NBA Finals between Golden State Warriors and Cleveland Cavaliers, basketball fans could experiment a new feature: the Facebook Messenger chatbot. This feature allowed fans to get teams and players highlights straight in their message section, without having to go to the NBA website and search them. For sure it was nothing more than a basic version to test the innovation’s possibilities (it was only responding to specific commands about Finals’ teams and players), but nonetheless it had a positive effect on the league image, that once again showed its attitude to introduce developments. 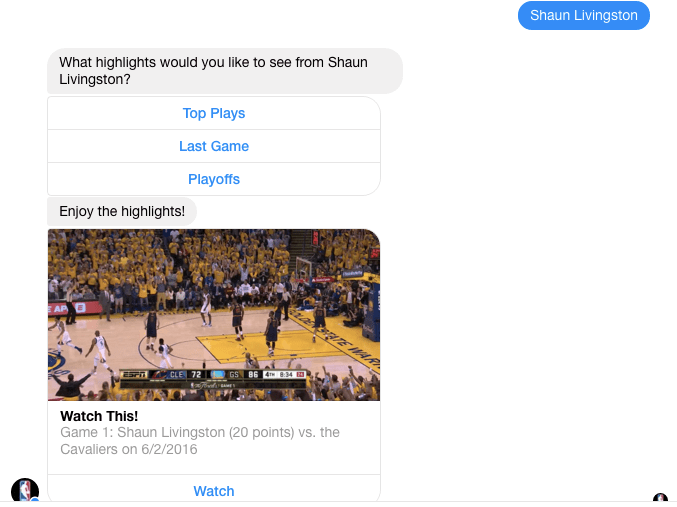 Starting from the current season, thanks to a partnership with Turner Sports, the US broadcasting giant owned by Time Warner, the NBA produces two original 30-minute shows that go live exclusively on Twitter.On Tuesday morning, it’s time for “The Starters Twitter Show”, while “The Warmup” goes on Thursday night; as you may have guessed from their deal with the NFL, this partnership is aligned with Twitter’s aim to become the house of live sports. The NBA is always trying to bring engaging contents to its Twitter account, especially through GIFs, Periscope and Vine (until its near end).

Hey, this is neat. #TheStarters live on @twitter weekly: pic.twitter.com/YiJ0WDiq6i

The NBA has by far the most popular YouTube channel among US sports leagues: in fact, they can brag about their 7.2 billion subscribers (1.4 billion for the NFL, 683K for the NHL and 696K for the MLB), and they obtain more than 160.000 views per every video. This leadership is due to the high quality of day-by-day videos, that feature both highlights and interviews, and the most successful content is the “Top Plays”, a popular appointment for fans that want to watch spectacular plays.

On Instagram, the NBA has an official account that has an impressive number of followers (19.2 million). Especially after the video limit being extended from 10 to 60 seconds, this type of content has become widespread on the league’s platform: moreover, the possibility to show players’ moves has forever been the greatest way to attract fans. This video feature translated in some interesting results, as a Tubular research shows. During March 2016, NBA’s videos on its social media platforms obtained 615.8 million views, with the following shares: Facebook 47%, Vine 24%, Instagram 18%, YouTube 11%.

However, if we look for video insights about engagement from the same month, we can see 54.8 million likes, shares and comments, distributed in this way: Instagram 77%, Facebook 20%, YouTube 2%, Vine 1%. Therefore, NBA Instagram videos obtain an average 33% engagement rate, which is astonishing to say the least. 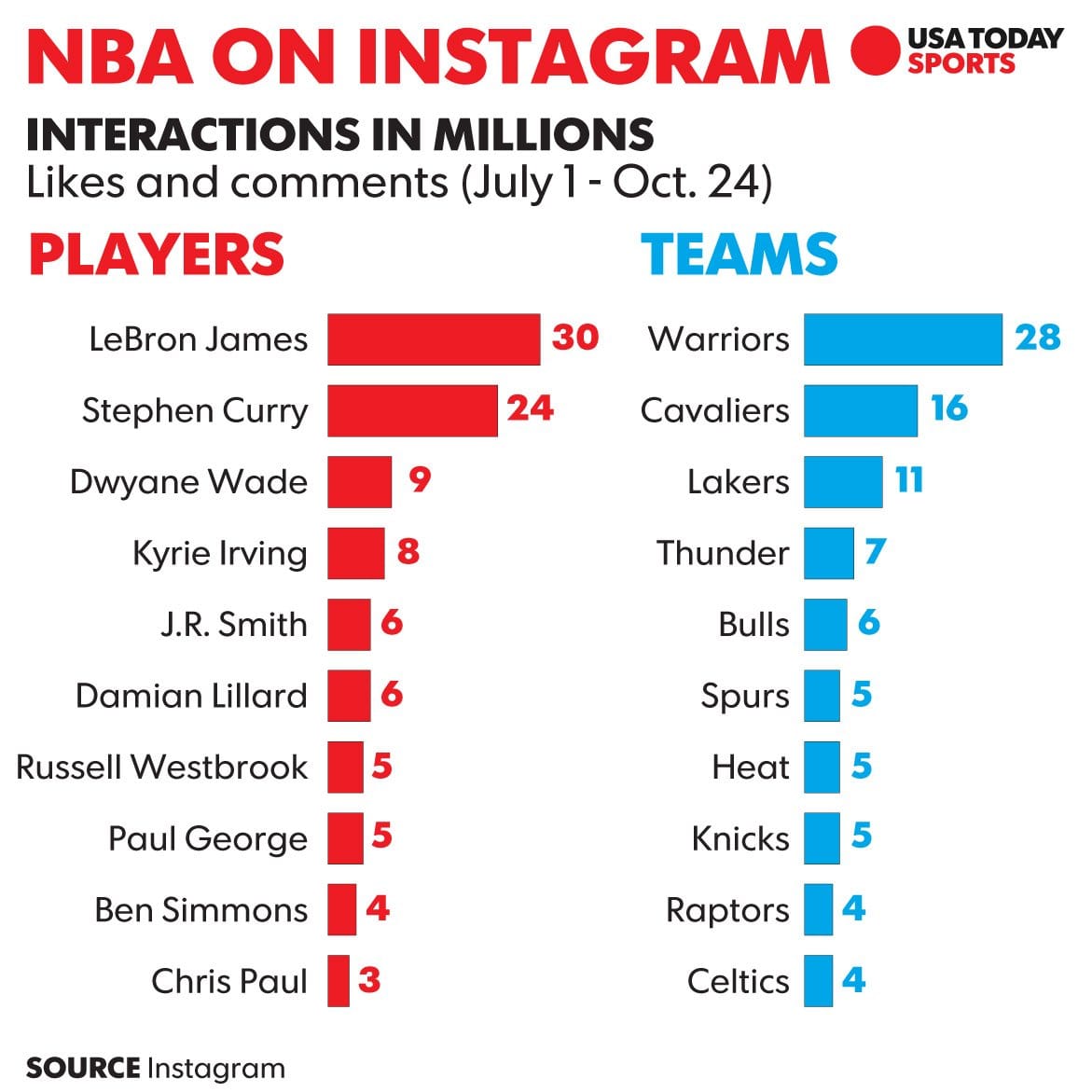 Snapchat: Bitmoji and the Discover channel

For the current season, the NBA has decided to increase significantly its effort towards Snapchat: the contents the league produce for the platform will be tripled, creating more Live Stories and a brand-new Discover channel that will be updated week-by-week with headlines and footage about the NBA. What’s more, fans that will attend games this season will be able to make use of lenses to modify their Snapchat stories, and thanks to a partnership with Bitmoji, they can use customized basketball-related and funny emoticons too. 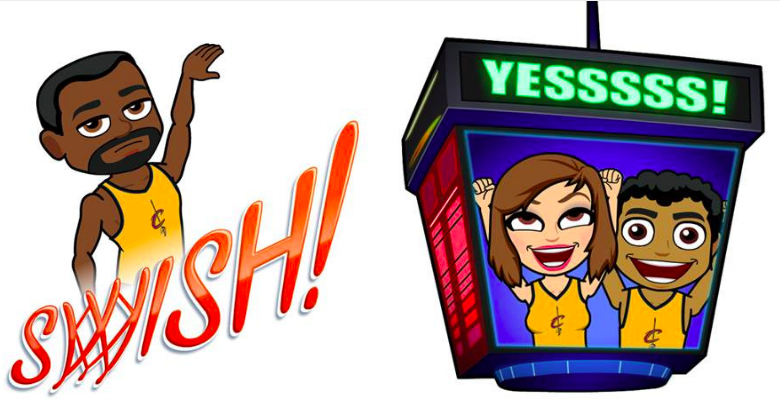