Sport and music: a successful combination 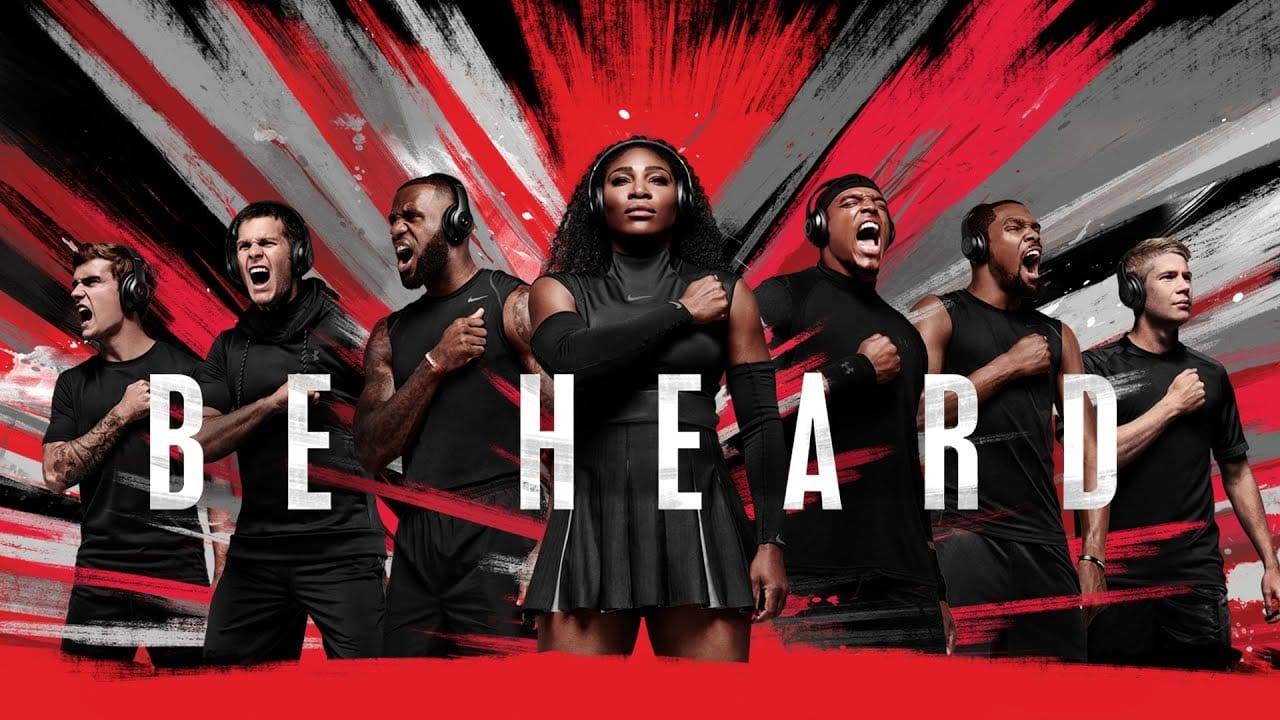 Apple has recently built a partnership with FC Bayern Munich, one of the most important and recognizable soccer teams in the world. This is not the first time that an agreement like this is signed, but when Apple appears to be so determined we must stop and ask ourselves: is something changing? How is the relationship between music industry and sports evolving?

The role of sport sponsorships in digital music

Music has always been a major feature in each emotional message and for the proper communication of a brand's imperceptible peculiarities, working independently from images and words. Music talks to the heart, remains in people's memory, moves close to the target range and offers refined targeting opportunities. This is not only a marketing concept, it's something self-evident: music spreads energy, so much so that someone tried to forbid headphones during marathons, as if they were a sort of “music doping”. We are referring to the United States Athletics Federation, which banned the used of audio devices during marathons in 2007 (through the infamous USATF 144.3b rule) but had to reverse its decision three years later after amateurs' uprising.

The potential synergy between sports and music industry is self-evident, and it does not only concern co-branding and integrated services possibilities, but also values. Music and sport are entertainment and passion, aesthetics and faith, emotion and history, insanity and rationality. No wonder that the giants of music industry are striving to build relationships with sport stars and properties. A very interesting strategy was the one developed by Deezer – the music streaming website – which has signed sponsorship agreements with two of the soccer teams with the most international fan bases in the world: FC Barcelona and Manchester United FC. In few months Deezer has become their exclusive music streaming partner. The video claim for the presentation of the agreement with Manchester United FC “Divided by taste, United by Deezer” reveals the value of this partnership and shows the importance of sharing stories with such an extended and international target, with the help of stars of the past like Rio Ferdinand and champions of our days like Paul Pogba. 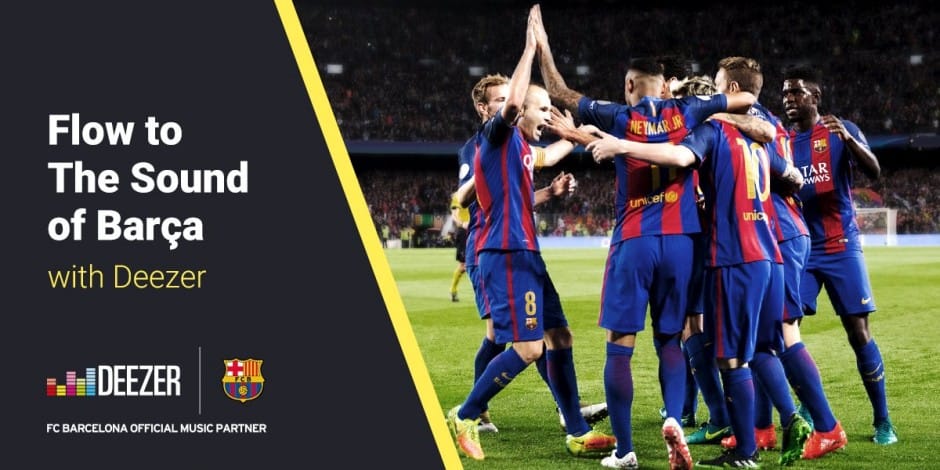 Apple's response did not wait: a major player in music industry as far as devices and services are concerned, and a very powerful brand, Apple has signed a collaboration with FC Bayern Munich, placing Apple Music as a partner of Chelsie FC together with Beats headphones (a property of the Cupertino's company and sponsor of the team trained by Carlo Ancelotti). The first step in the operation was the launch of the official FC Bayern Munich playlist on the platform, which gave supporters the chance to listen to the same music that players listen to before each match.

Much more than ambassadors

It is self-evident that the giants of music industry are willing to speak to a specific target through the athletes' deeds and using supporters' attachment to teams, but we can claim that sport and music are connected also in another way, i.e. in virtue of the existing relationship between successful music artists and sport brands. Nowadays it would be reductive to refer to this connection as a bare endorsement for a brand's products: personalities like Drake, FKA Twigs, Kanye West and many more are becoming creators of real brand messages and are not to be considered only as ambassadors that loan their audience to brands to convey their messages.

The most striking case is Kanye West, American hip hop icon that passed to Adidas after many years spent as a Nike endorser - and he didn't do so without making noise (just read the lyrics of Facts, there's a line saying “Nike, Nike treat employees just like slaves“). Also a fashion influencer, Kanye has already signed 5 clothing and sportswear collections produced by Adidas, the so-called “Yeezy Season 5”, and many experts in sportswear industry agree that this collaboration and the one with Pharrell Williams have played a relevant role in making the brand with the 3 stripes grow in the last 18 months.

Also Nike makes an extensive use of this type of sponsorship. The latest and most interesting ones include the one featuring Chance the Rapper before Rio Olympic Games (the rapper released a song and video to accompany the USA basket team towards the unavoidable conquest of the gold medal) and the most recent one with FKA Twigs for Nike Women. The latter was notably interesting as the producer, singer and dancer had the creative director role of the campaign “Do you believe in more?”, which gave new life to the marketing strategy of a very appealing sector like women fitness .

But the quintessence of the omnipresent artist in sport industry is Canadian hip hop singer Drake; he does not only collaborate with Jordan - a Nike property - in the creation of special collections, he is also global ambassador for the Toronto Raptors, an NBA franchise that he supports and that he often follows on the sidelines at the Air Canada Center. Establishing a connection with a world music icon has brought unbelievable advantages to the Raptors, but sometimes this has caused some problems, too. An example of this occurred when Drake, during a concert, let himself go to a public courtship of the NBA champion Kevin Durant (at that time he was an Oklahoma City Thunder player but he was likely to change team) to take him to Canada. NBA is very strict on its own politics against tampering (negotiations with players under contract with other teams are forbidden) and fined the Raptors 25,000 $.

Sport megastars and their relationship to music

For many sport amateurs the extraordinary deeds of high-level athletes are a constant inspiration. In many cases these deeds are made immortal by songs and associated to soundtracks that are a constant boost for fans. As a result, sport stars are associated to single songs or to a music genre, and consequently to the subcultures that are deeply-rooted in those music genres.

The hip-hop artist Stormzy was the first music star associated to Paul Pogba after he joined Adidas and he accompanied his first appearances in commercials to give rhythm and new life to the relationship between the French soccer player and his young fans. A mention is due also to the video series realized by Genius, the lyrics portal, which has released, together with NBA champion Kevin Durant, a series of contents meant to look into his relationship with music and comment the numberless mentions that he has received from rappers like Jay-Z, J Cole and Drake.

Probably the brand that best represents the relationship between music and sport megastars, and that is able to use this relationship in a coherent way with remarkable campaigns is Beats by Dr. Dre. We're watching a sport event on TV. The athletes arrive at the stadium, they walk the tunnel leading to the arena like gladiators. Almost all of them are wearing headphones. Almost all the headphones are Beats by Dr. Dre. You cannot go wrong. The brand, indeed, has built a great part of its own marketing strategy on sport testimonials. The claim “Be heard” , associated to stars like Serena Williams, Eden Hazard, LeBron James and Michael Phelps, has been applied to a series of affecting videos and campaigns which made Beats grow in reputation and awareness and led to the association with sport values like success, commitment and devotion. Looking at the most viewed video of this type (you only need to search “Beats by Dr. Dre presents: Be Heard” on YouTube) , you will hear a very recognisable track: Seven Nation Army, the soundtrack of Italy's victory in the 2006 World Cup. The vibe offered to Italian supporters is the reason why sport and music are definitely a successful combination.