China between sports brand and values - will individualism lead to mass market? 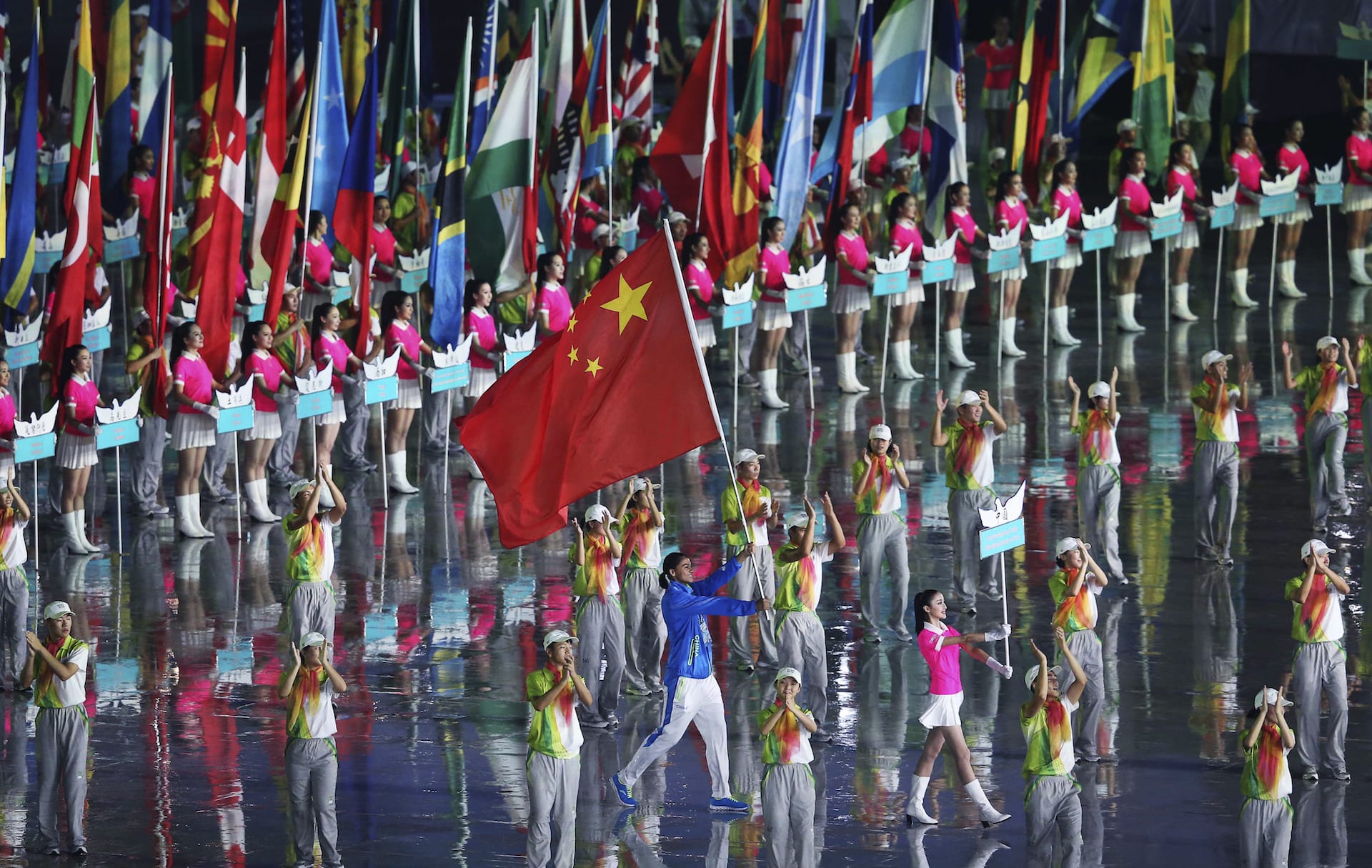 When the city of Beijing hosted the first marathon in 1981, less than 200 athletes took part in the run. Last month, the 37th edition of the event received ove 98,000 requests for participation for only 30,000 places, with the consequence that organizers had to assign racing bibs through an online lottery. Scenarios and opportunities for sportswear.

In China, running is the new cool. In general, doing sports in becoming more and more popular. The Chinese Athletic Association had 328 running events open to the public in 2016, with 2,8 million participants, twice the number of participants of 2015. In 2020, 800 marathons for 10 million participants are expected to take place.

Behind this phenomenon there is the growing love of Chinese people for fitness, which has created great opportunities for sportswear. China is turning from the biggest factory to the biggest market in the world.

The Chinese market, indeed, offers the perfect mix of ingredients to guarantee the success of sporting goods and activewear manufacturers. 425 million millennials, whose consuming habits are evolving and becoming different in comparison to the previous generation, are more interested in fitness and body care. A middle class that is rising in quality and quantity, longing for a healthier life. In addition to that, the public sector is ready to invest in this sector more than in any other country: just think about the efforts made to organize the Olympic Games in Beijing in 2008 and the Nanjing Youth Olympic Games in 2014.

This is the boom of athleisure - the combination of athletes and leisure, fitness and free time - which contributes to the growing appetite of the Chinese market for the sector. Just as has happened in other countries for decades, now Chinese consumers buy clothes that can be used for training but also everyday, on informal occasions. The high-spending target, the new rich, are including sports brands in their shopping basket, and according to a research carried on by Euromonitor in the Chinese market, sportswear will pass luxury goods by 2020.

Moreover, according to Euromonitor, sportswear sales in China have grown by 11% in 2016, against a world increase by 5%. A market that nowadays is worth 28,4 billion dollars - second only to the United States - and that is expected to be worth 43 billions in 2020.

Both Chinese brands and world giants are taking advantage of this combination of favorable conditions. Last year Adidas grew by 22% in China. In the first semester of 2017 Nike grew by 20,1%.

How to do advertising in China? How to get in tune with a target that seems to be so faraway from our models? We have referred to love, and as happens in all love stories, emotional elements beat the rational ones.

Sportswear campaigns in China belong to the soft-selling type: they evoke emotions, they speak about lifestyles more that about sport results. Let’s see some examples.

When it comes to branding, Nike counts on the power of simplicity: a simple presentation form and the creation of a connection with the target based on values. A scheme that has been followed also on the Chinese market, where the company aims at becoming a benchmark in terms of performances and inspiration for a new generation.

We all know the tagline “Just do it” and its thousands of variations, which are now part of the everyday life of western consumers. Nike launched this tagline on the Chinese market in 2016 with the campaign “The Next Wave” created by Wieden & Kennedy Shanghai. The 90-second video starts wth a boy dribbling on the street and develops with a huge “wave” of athletes doing different sports - from the most traditional ones to parkour - on the Shanghai skyline.

The concept insists on all the reasons why you shouldn’t do sports. You shouldn’t because other people may look at you. You shouldn’t do it following rules. You shouldn’t do it conventionally. The traditional close “Just do it” conveys the message that there is not one right way to do sport. The message defines the target of Chinese millennials in a disruptive way: it underlines what they are not, amplifying the differences with the previous generation. Nike is not selling shoes to Chinese people. It is selling a new way of being. Energy for changing. The motivation for being yourself and different from your fathers.

In 2006 Kobe Bryant debuted in the Nike commercial “Love me or hate me”. 10 years after, retiring from NBA in 2016, he came back with an emotional concept: “Don’t love me. Hate me”, especially conceived for the Chinese market, where the basket star has a huge fanbase. Black and white close-ups on Kobe alternate with scenes on the field, while the champion tells his fans that they should not love him but hate him because he made them wake up early in the morning, run, sweat, train, go beyond their limits to try and reach his own performance. “I demanded greatness, and greatness demands everything. Love me when you become greater,” concludes the star. A motivational message once again, a speech to the nation made of his fans, to a generation of Chinese that are seeing their country change day after day, building their future with their own hands.

Nike is still market leader in China, but Adidas is not faraway and counts on the fashion feature of the interest arisen by athletism in China, balancing performance and style in both products and communication. For Adidas the keys for the Chinese market are to be found in cultural peculiarities - which often offer unexplored paths that can be used - and in the connection between sportswear and fashion.

Four yeas ago, when the market of women’s sportswear was mostly ignored in China, Adidas was the first brand to explore its potentialities. With the launch of the campaign “All in for My Girls” the German brand celebrated girl power, and it did so highlighting some cultural features. Sport is seen as healthy life, social moment, freedom from strict rules. Creativity develops on the streets. On the video we see a Taiwanese pop star - Hebe - surrounded by young girls doing something simple yet extraordinary: they live their being women in a free way. They establish themselves carving out a moment for themselves and their social clan, in the daily life of a country which is more used to negotium than to otium, in the latin sense of the world (otium is the moment when you are not busy with work or public commitment and can dedicate to your private live). A strange yet desired thing over there.

The concept does not include sweat or sculpted abs, but a group of girls enjoying their time. They dance, run, jump together. This is Adidas’ clear position: sport is not only competition, but a chance to build social relations and emancipate. As a consequence, sportswear is not to be used in the world of sport only at high level, it becomes a lifestyle. A successful campaign that made the sales of women products rise by 40%, without compromising the mens’ market share.

In the West we are used to the stereotype of a homogenous Chinese society, which does not consider individuality as real important. Chinese millennials, on the contrary, are definitely interested and motivated in expressing their own personality, and this is something that Adidas detected through a precise consumer insight. The German brand gave an evidence of this with the 2017 campaign “One in a billion”, which is aimed at tickling the desire of expression of the target, the will of being special, to stand out from the mass.

The video opens with a typical image of the Chinese school system: morning exercises, which are ripetitive, boring, done by dozens of young people who all look the same, on an impersonal space. A kid wakes up from the usual numbness and breaks the rigid harmony with a freestyle dribbling. This is the beginning of a collective awakening, where many young athletes start doing sport their way, escaping conventions. There is also David Beckham, who reinforces the message of change with one of his looks.

The campaign addresses to a target - both male and female - inviting them to be themselves, to look inside, to break rules, creating an emotional connection. Once again sport is not sweating, it is becoming an individual, being other than the mass.

The key: riding on individualism

In conclusion, to approach the Chinese market the key is given by values. To highlight the benefits of the products, the services or the brands promoted in the campaign, the focus is not on objective features, but on the values that might have an impact and inspire the target.

Market searches and consumer insights reveal that these values can be used to create appealing messages for the target. Creativity is the second feature, and in the sportswear sector it tickles the Chinese market proposing new lifestyles. Escape, doors to a new path. No wonder about that: in a country where the social and political control is so strict, where there are not so many opportunities for “being special”, sport is seen as one of the few chances of self expression. And in the end this individualism, which cannot be otherwise expressed, results in consumption, in spite of the Great Helmsman.